A little something new...

Aye. These days, you must either be in politics or in civil war business to have daily news, eh?
Well - I'm happy that after some weeks of trouble, it seems as if I'm partly getting back some time and some discipline to put my butt back onto the hobby chair. ;-)

Now look what I've got here: pretty news from accross the big ocean! 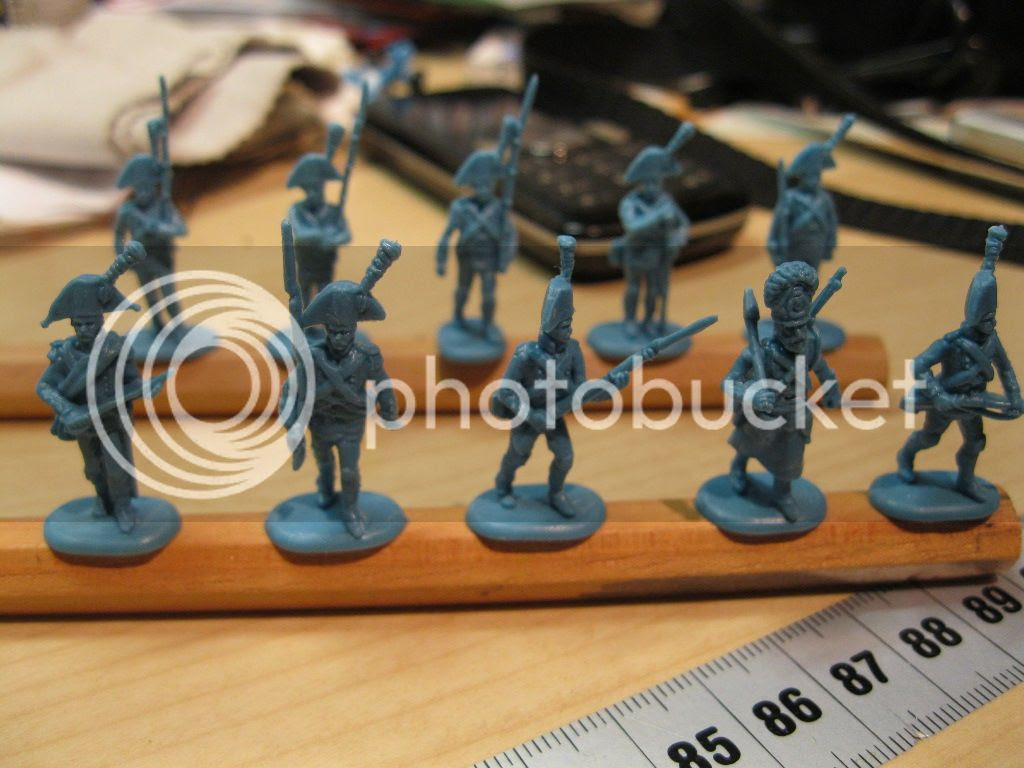 These are examples from the forthcoming Spanish infantry sets from HaT. Actually, I was lucky to get a test shot of the line infantry and the command set. In the 'tradition' of the recent MAC sets, they are sculpted nice and detailed.
HaT plans to produce also Spanish grenadiers and light infantry, although I haven't seen any test sprues of grennies and lighties - but the command set already contains a flagbearer and a drummer for the grenadiers as well as a cornet player, officer and NCO for the light infantry. So far, so good. But please, HaT, answer me just ONE question... 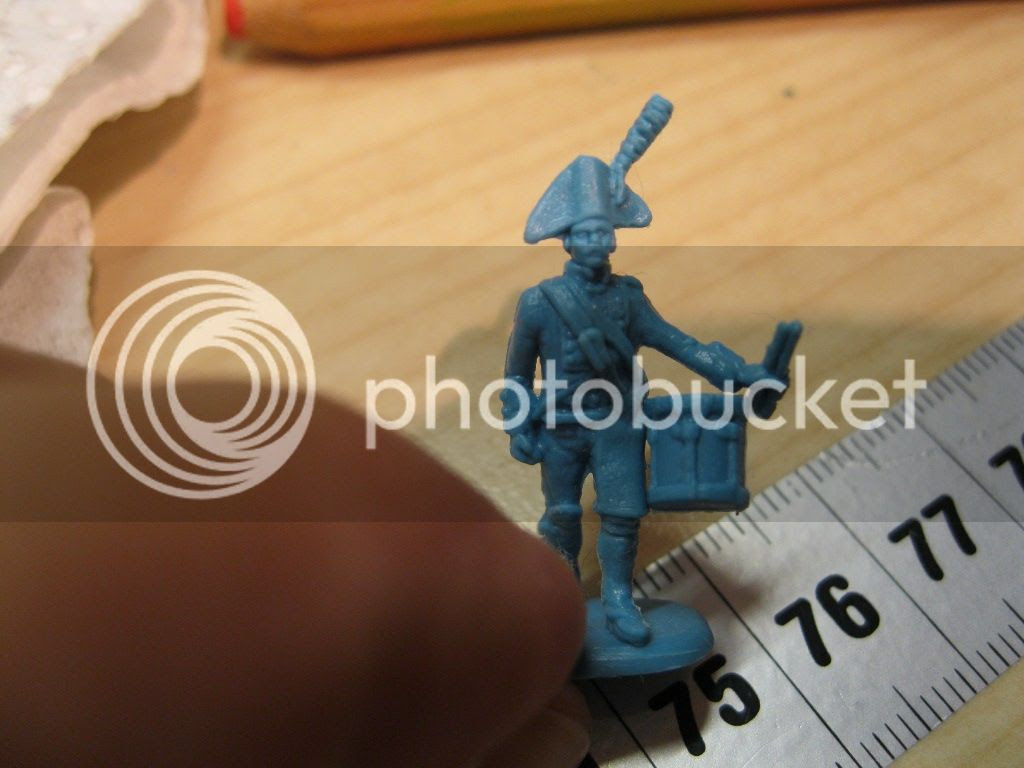 When there are two drummers on each command sprue, why is there only one drum?

Well... luckily, I have one in spare from the Prussian command set. Doesn't look different in any way. :-D

I'll have them painted in the colours of the Walloon guard, so it fits with my mounted Spanish officer from the Allied Officers' test sprue I got last year. Hopefully, I'll manage to finish them until the model show in Heiden.

Yes, I know. I'm much too slow at the moment. Too much stupid paperworks. Too much crazy politcians' work. Too much family business. Well... I wanted it that way, didn't I?
I have two wonderful sons and they give me so many great moments, that it's worth to be distracted from painting, isn't it? And when times are bad, only the one who can't rely on his family, is a really poor guy.
Just my advise: stick to your family!

Special greetings are going out to the magnificient Francesco:
I have not forgotten about your great figures. It's just the lack of time - but I'll have at least some of them ready for the show at Heiden, I promise. 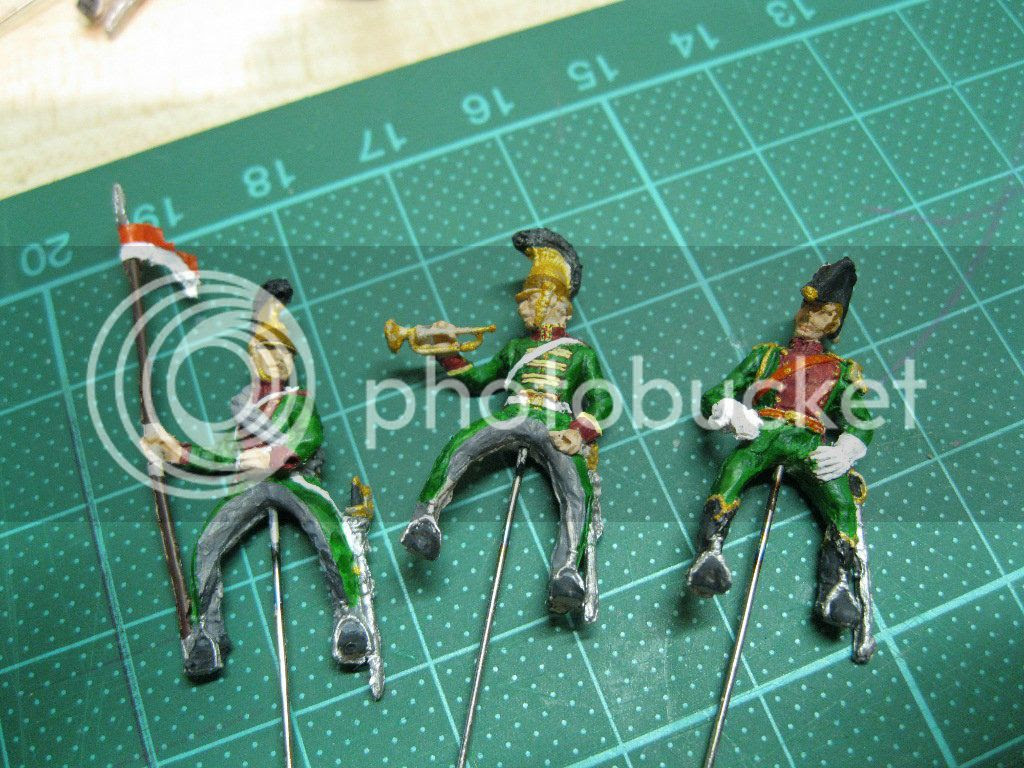 At least, I already started to work on them and even if you say that these are from a low-quality sprue, the result will look great.