Here's the rest of the photos I made of my British rifles. In fact, these are figures on the march. Hagen also offers standing figures and Riflemen in battle. 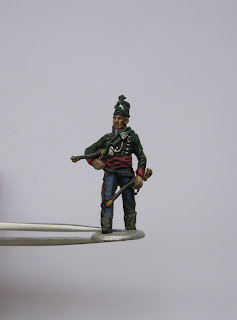 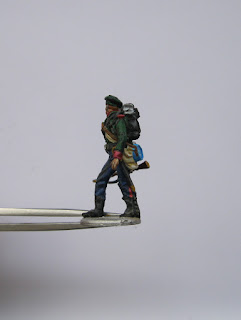 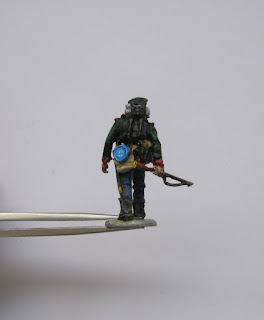 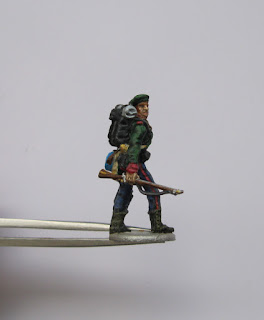 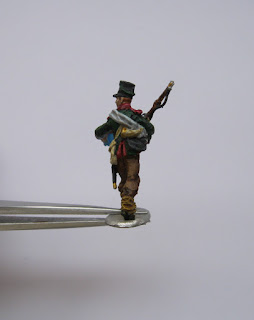 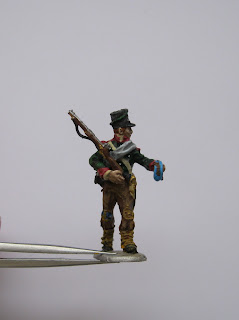 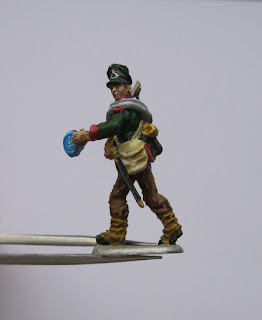 If you ask me, these figures are marvellous because they have sort of an 'in the field' look. Not that shiny clean 'regulation book' style in which soldiers under field conditions never really looked like.

Hey friends - here are the first pictures of my new Baden jager (light infantry) figures.
Sculptor is Francesco Messori (Franznap), the figures are produced and distributed by Schilling figures.
Not to say that this is, in my eyes, really high-end-stuff. 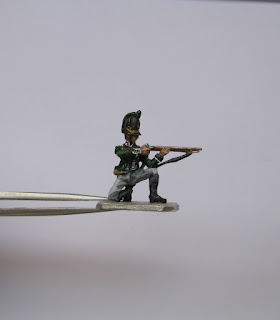 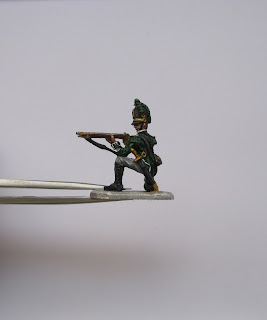 I still feel a little bit involved in this whole thing. Some years ago, I met Francesco at FIGZ in Arnhem and he asked me what I thought was the biggest blind spot in the 1/72 Napoleonic miniatures market. My answer was: the army of Baden.
Although Baden provided one of the larger contingents in the line of Napoleons German allies, nobody at that time  produced Baden figures in the 1/72 scale. Bavarians, Wurttembergers... they were all there, but Baden? Nope. 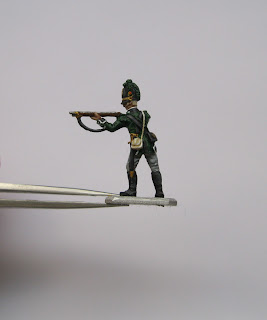 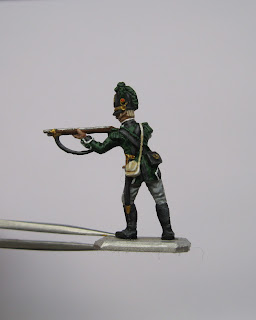 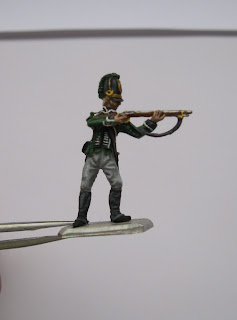 These here are light infantry jagers (hunters). The figures are delivered without backpacks, which does make sensebecause for agility and swiftness, all unnecessary equipment was often left behind on the baggage wagons or inthe camp. When Baden jagers were stationed as rear guard troops for defending Leipzig, they were for example responsible for guarding supply convoys, policing the roads and eliminating enemy scouts.

Baden troops were involved in many battles during Napoleons' greatest years. They served in the battles against Austria, in the Tirolean uprising, in Spain, in Russia, even in the decisive battle of Leipzig. Due to many records, they performed well. That means that those troops are a great deal for wargamers as well.

Franznap has in the meantime built a lot of different Baden troop types, from infantry to cavalry. I guess the only thing missing to set up a complete Baden army is the artillery branch.

I really like these figures, hope you do, too.
Posted by Zed1 at 4:29 AM No comments:

Hey there!
I'm currently finishing some British riflemen I recently bought at Hagen Miniatures.
Hagen offers a range of British riflemen that include standing/resting figures as well as riflemen in marching and fighting poses. What makes them most attractive to me is their rugged look. They wear outworn trousers, patches on their clothes... it all gives them the look of men staying in a battle theatre long enough to have lost that splendid parade look. If you look for realistic figures more then the 'by the book' style, you should give those Rifles a go. ;-) 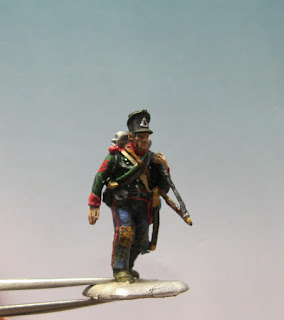 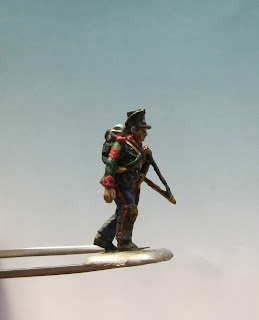 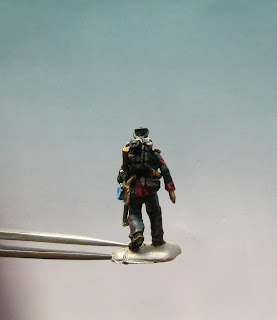 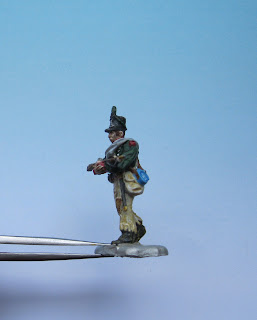 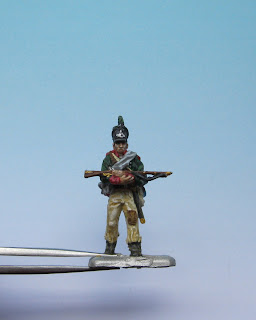 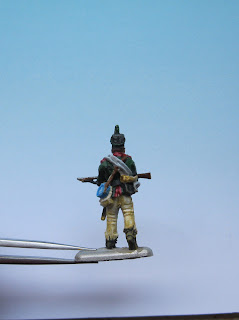 Here's another one, wearing a non-original legwear. ;-D

I'll show you the other figures when they're ready. I have also started to paint the Baden Jager figures and I'm about to finish some more Italians - unusual stuff this time. ;-)