Hey, Peter - that's one for you to give you the proof you're not sending me all those figures for nothing. ;-) 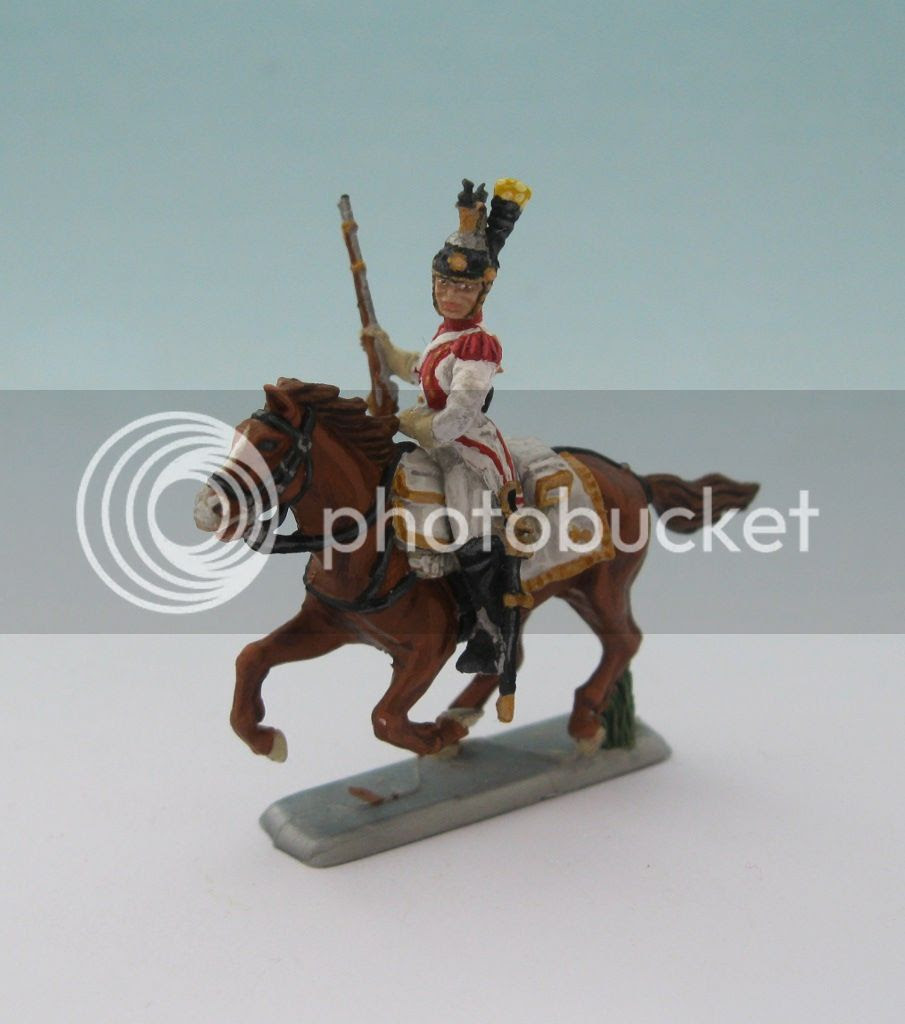 That's why I wanted to have one of these French dragoons - an easy conversion into a mounted Cleve-Berg national guardsman. I only had to add a plume to the helmet and that was it. 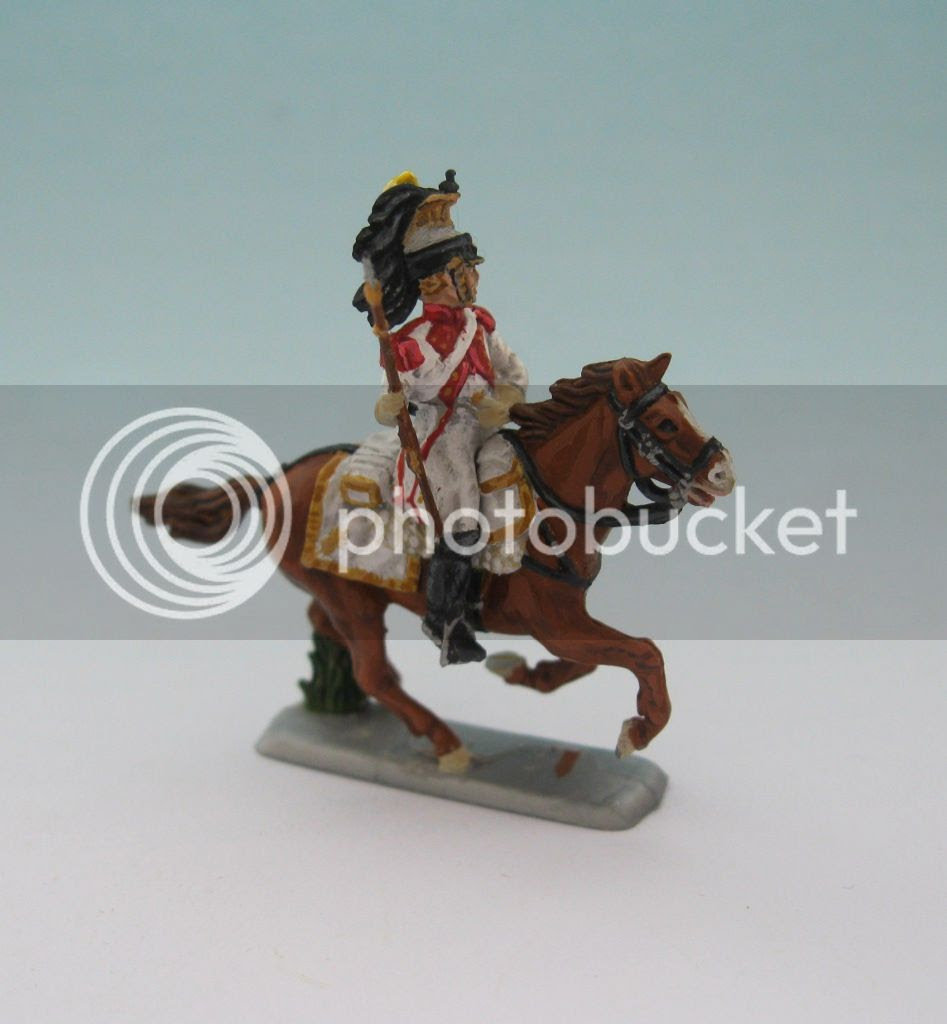 I first saw that uniform on the Histofig website and directly loved it - so much white and gold. :-)
Sorry about the sheepskin.

Well. Things are a bit complicate here at the moment, which explains the temporary silence on this blog.

I'm more and more unpleased about my current self-built photobox, because it's more and more becoming far too small. It's almost impossible to make good shots of the larger vignettes and having more and more larger unit displays for my uniform-project (http://zedsnappies.blogspot.de/2011/07/project-all-varieties-of-pre-1812.html), I'm getting in trouble when trying to photograph the complete unit because no matter from which angle, you cannot avoid seeing the edges of the coloured background. 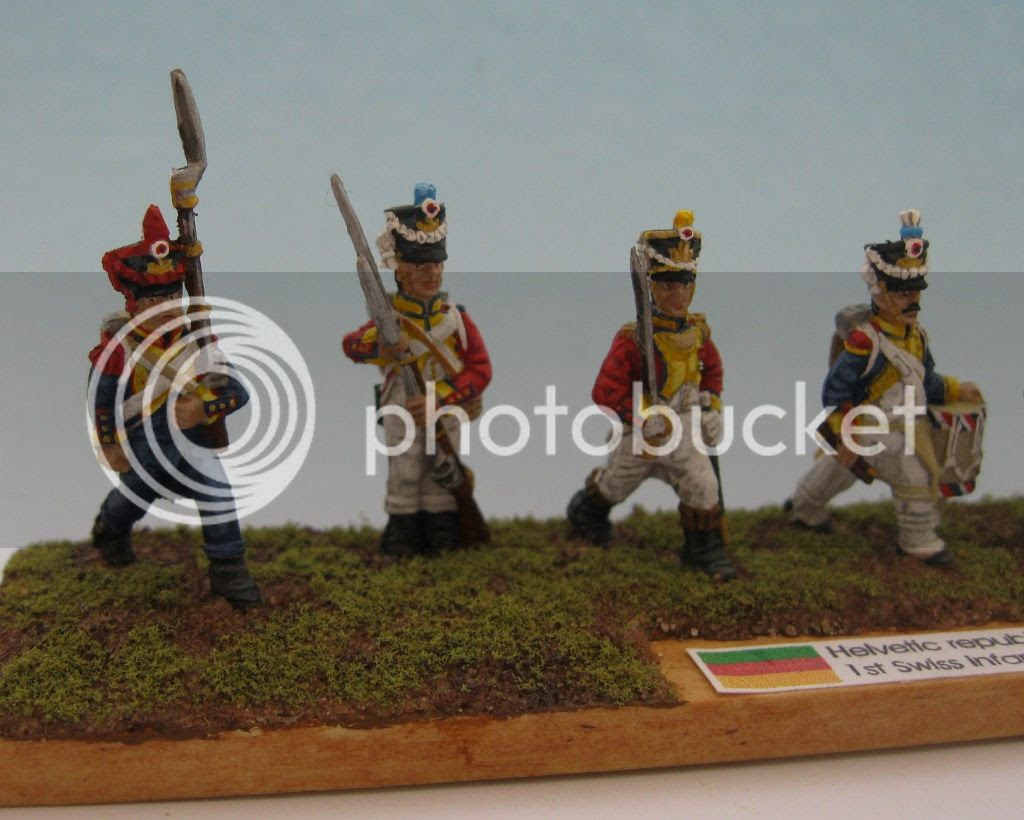 Well - the display for the Swiss 1st regiment has become a little bit larger then the ones of the other regiments. Therefore, I had to make two photos of each position. Left half... 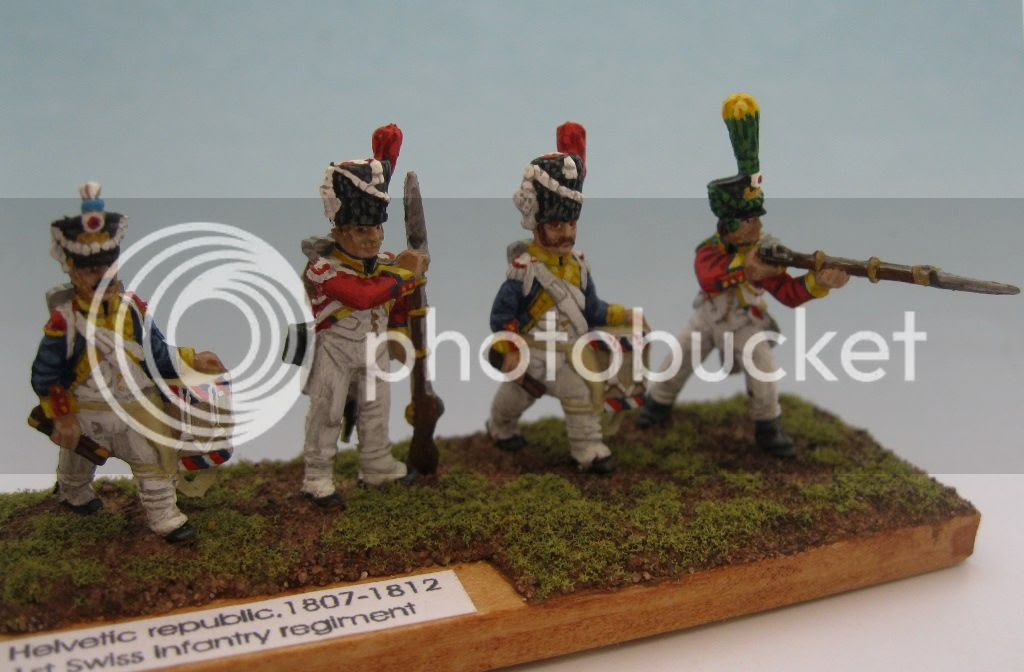 ...and right half. Just because the uniform references of mine showed two different drummers and (the guy on the left side, wearing blue) a regimental artilleryman. 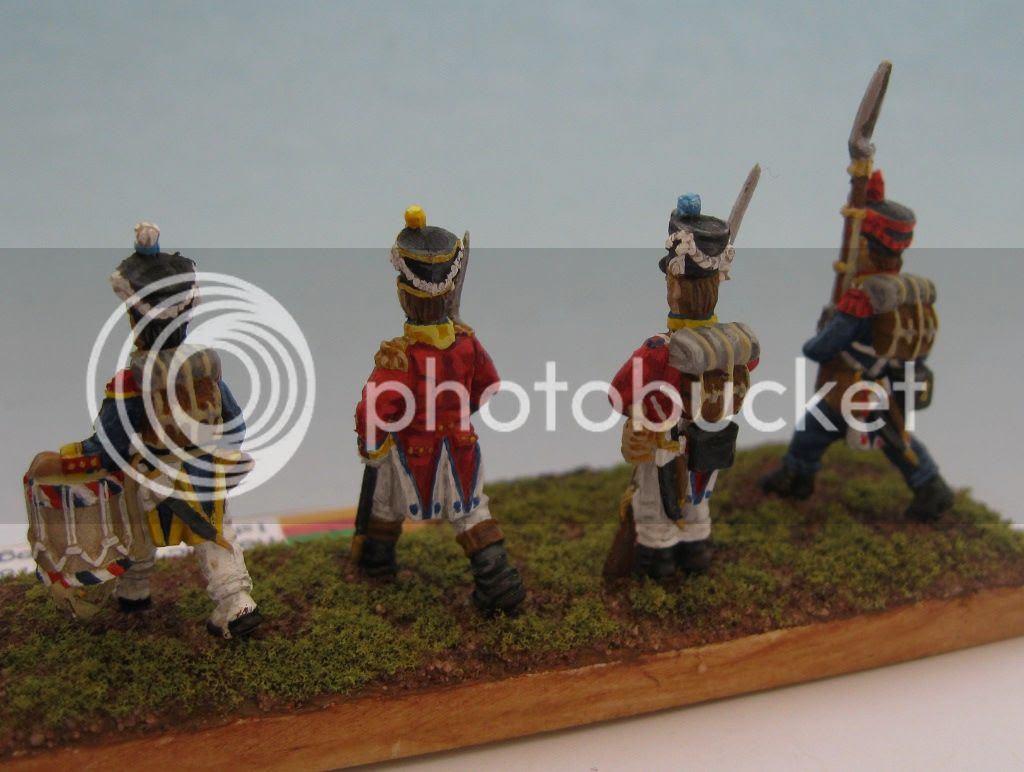 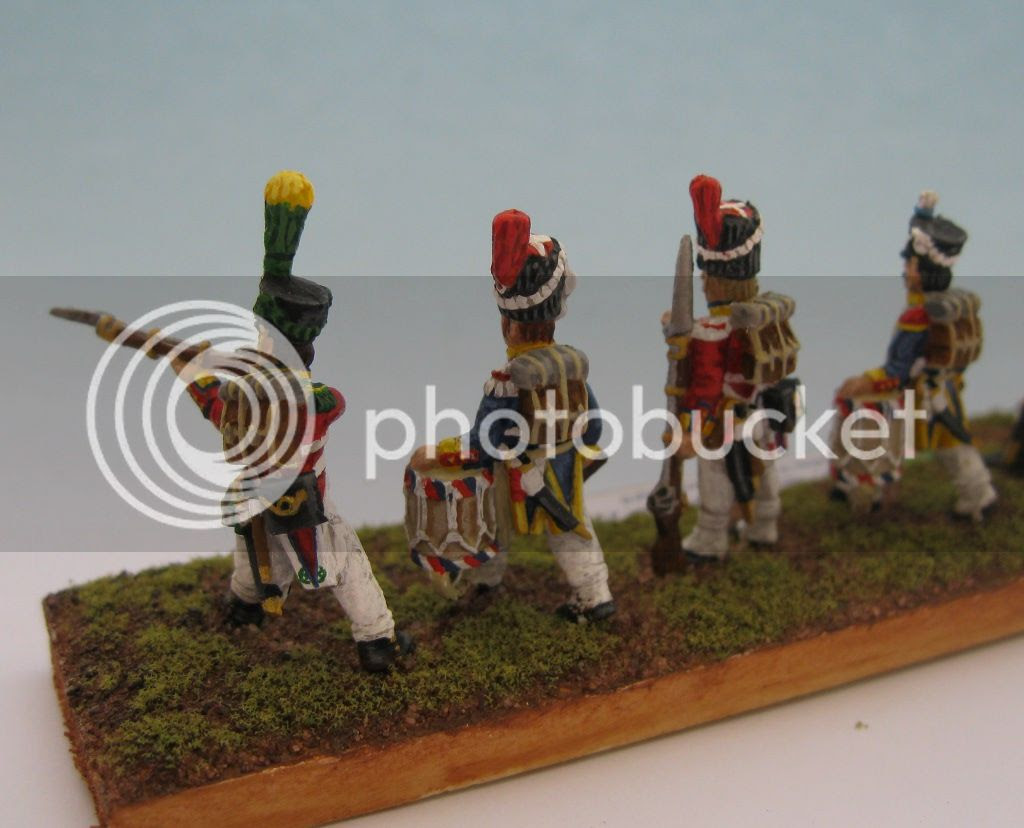 With three units completed, there's only one Swiss regiment left to be painted - which will hopefully be completed until the end of the year. The grenadier is already completed.

I've also completed the 33rd regiment in white uniforms for which the grenadier was still missing: 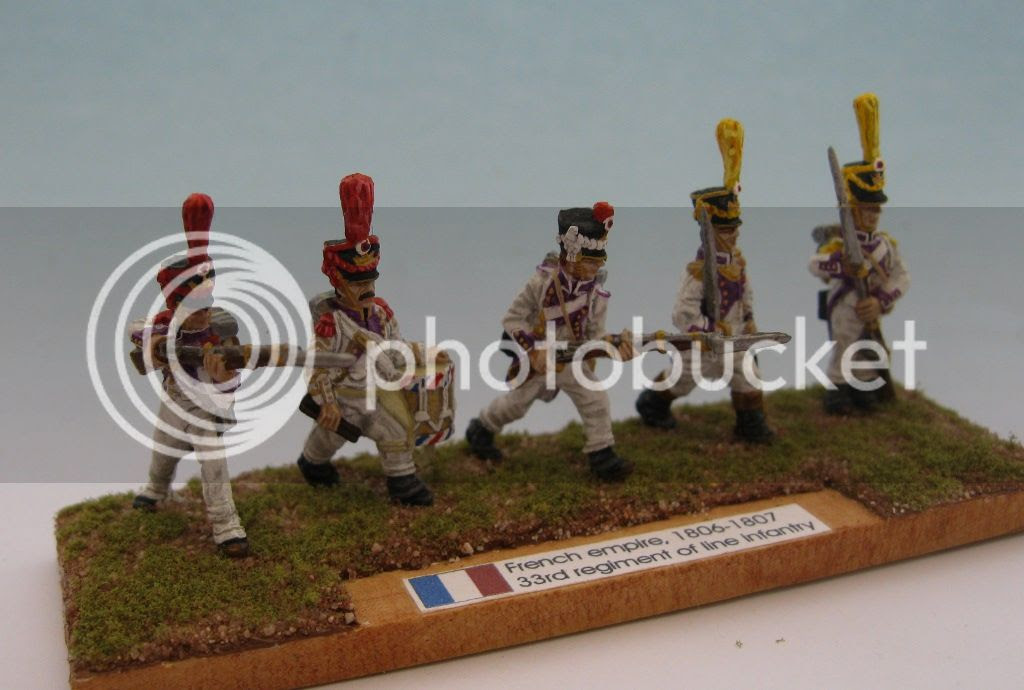 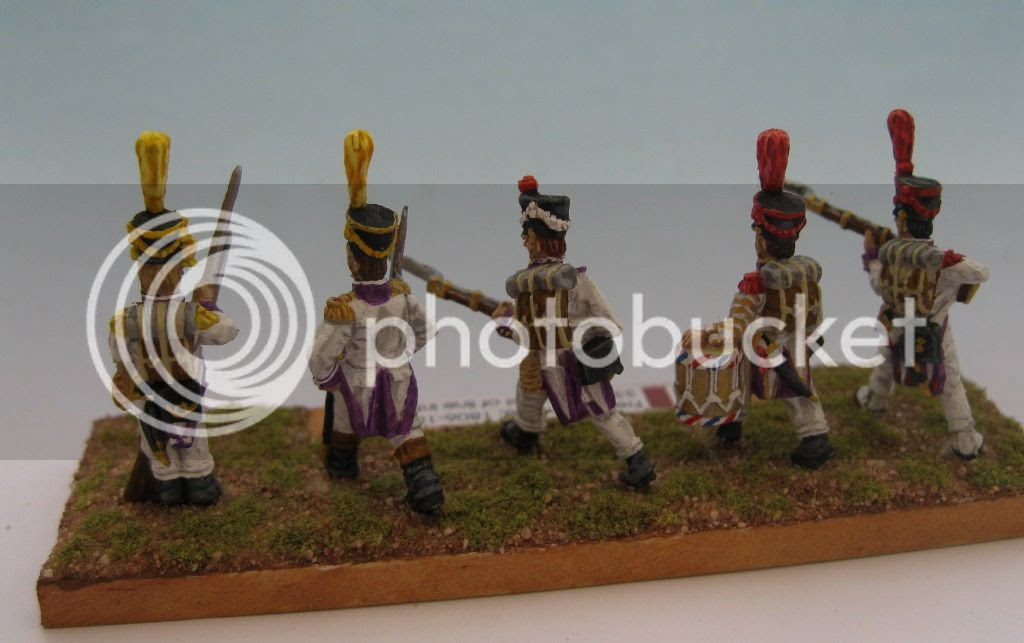 There's surely more to come. Later. I still have a bunch of ART-Miniatures on my desk that are in several stages of work. And I'm about to finish the guard grenadiers from Franznap (only the backpacks have to be finished) which are about to become a part of my planned Westphalian army vignette. Could be ready until next years' September, with a little luck. I tried out a Schilling figure for a paint-conversion and it turned out quite alright: 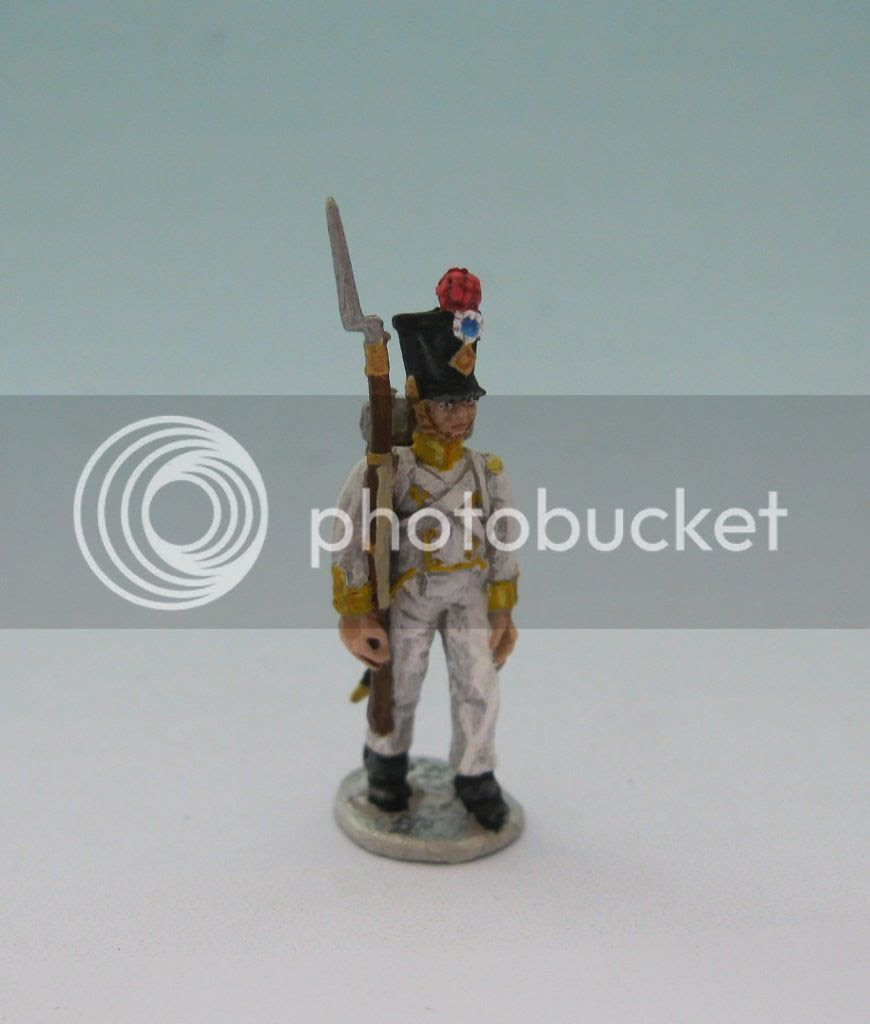 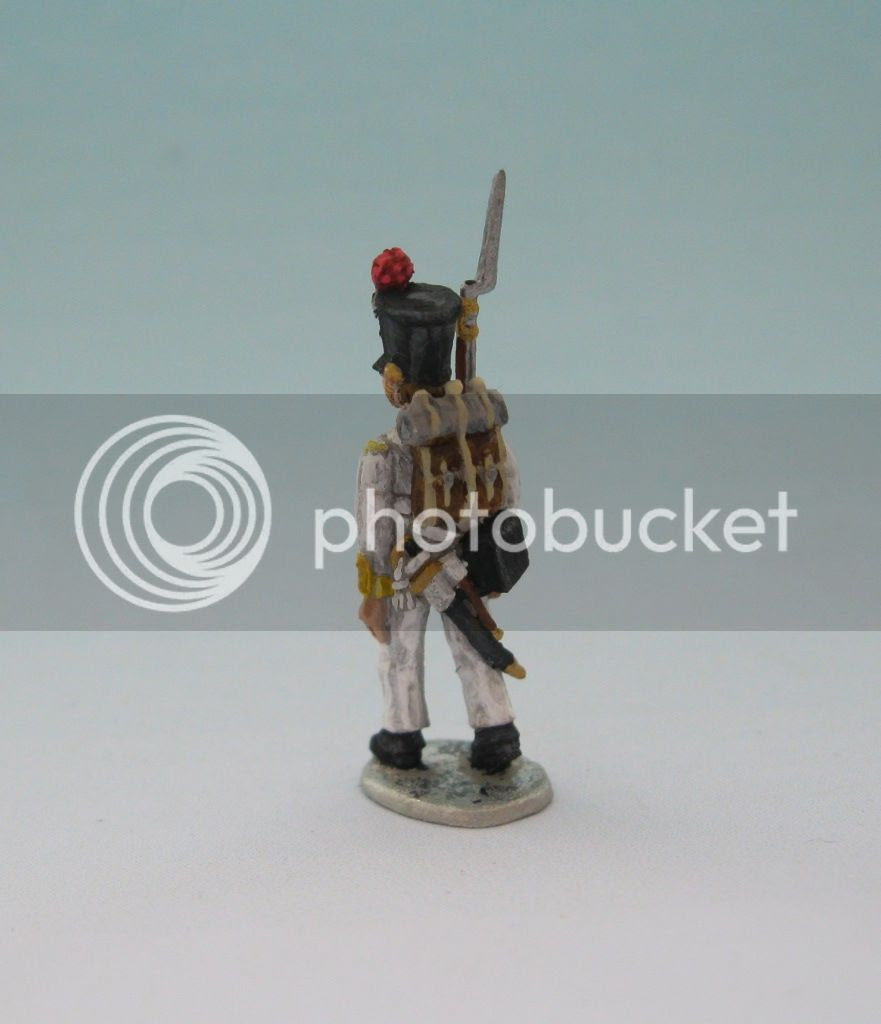 Which means that I'll have to order some more Schilling French fusiliers.

I also have some special figures on my desk that were given to me for exclusive painting back at Heiden. What it is?
I won't tell until they are ready. And I've already started with them. ;-)