When I first thought about how present the seven line infantry regiments of the Italian army of 1812, I decided to divide them into their 'professions' - voltigeurs, fusiliers, grenadiers - and put all seven of a single profession side-by-side together on one base because it would make it easier to compare the different uniform colourings by this method. 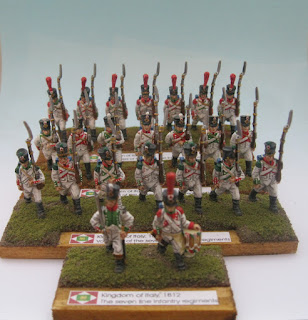 And here's the complete 'army' - an officer (3rd line) and a drummer (5t grenadiers) in lead, and then behind it the voltigeurs, fusiliers and grenadiers. The second advantage of this type of presentation ist that you can pick out one type and look at it separately. 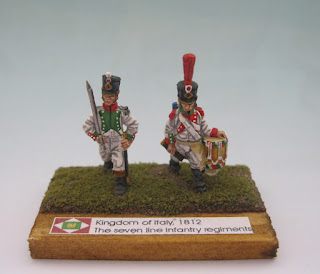 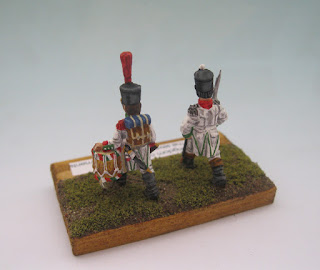 It also partly solves my officer/drummer shortness problem which occurs because there are so few of them in each set. Would I have created one display per regiment, I would have needed seven officers/drummers. By this solution, I only need one. ;-) 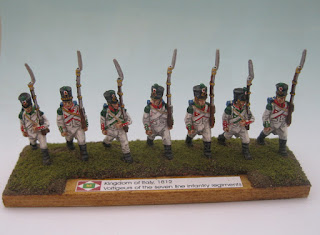 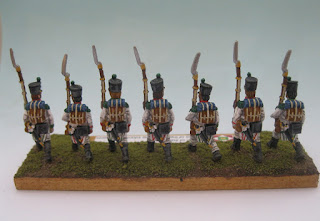