Time passes much too fast at the moment, I simply don't know to where the last few months have disappeared. Since I got more engaged in local politics, I spent more time in debates and writing press statements, internal messages and all that stuff. Since I started to write a novel, I spent much more time for writing in addition. I don't know if these things will sooner or later be a success, but I simply have the feeling that it's now or never to try.

Naturally, these things decrease my painting output. But I haven't stopped painting miniatures, no way!
In the meantime, I have finished a single figure display and the Westphalian diorama for the exhibition in Heiden at October 4. You may understand that I can't publish the photos yet. ;-)
At the moment, I have a dozen figures from the 'World of Warcraft' tabletop on my desk - Horde and Alliance figures that I'm painting just for fun because me and a friend are playing that tabletop game once in a while. In addition, I'm still busy with the next display of Isenburg regiment soldiers (Voltigeurs) and I also still have the Austrian hussars from Franznap on my desk.

Saying Franznap, there's at least one thing that I can show you today. I had the pleasure to paint the Marins de la Garde that Francesco has produced. Once again, they are real pieces of art, though they are a bit more slender then figures from other producers. Here they are: 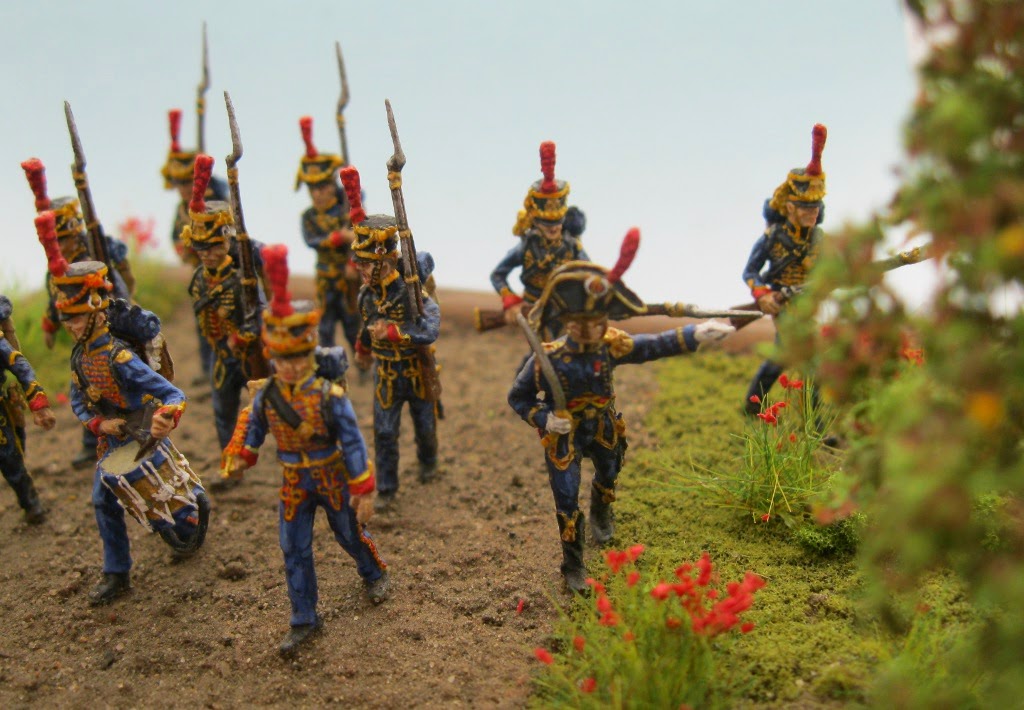 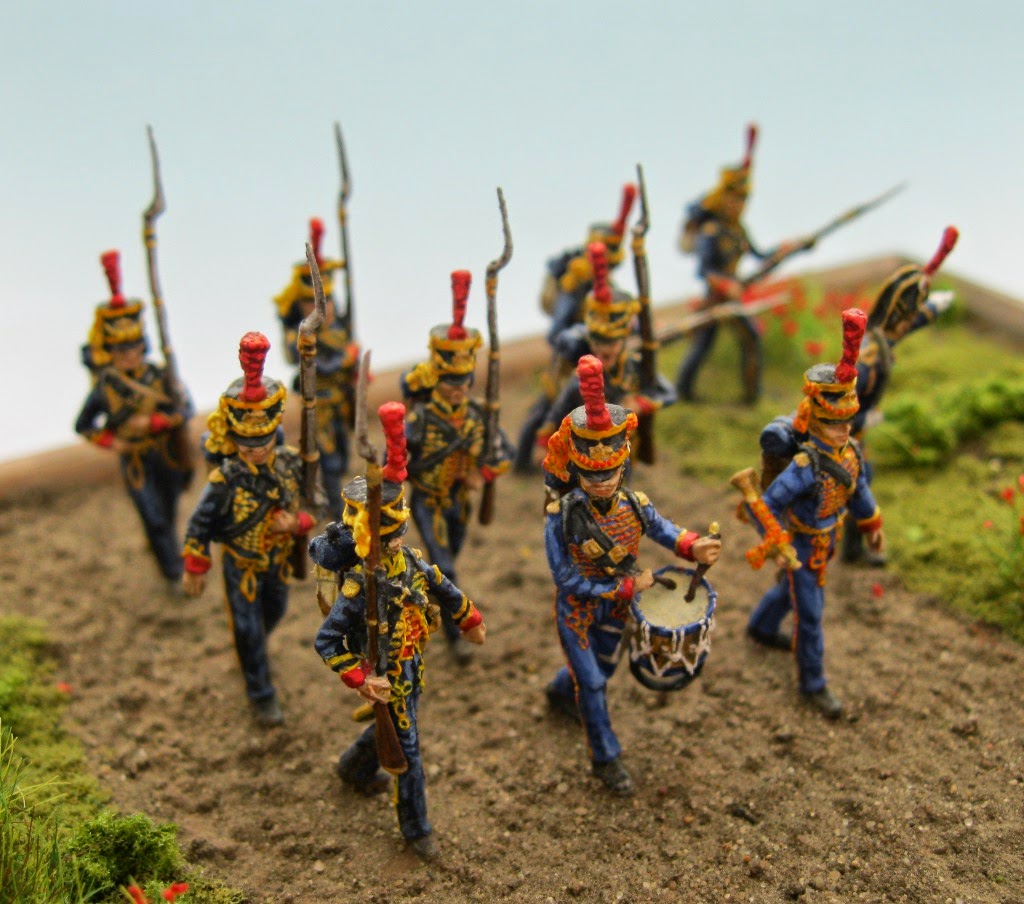 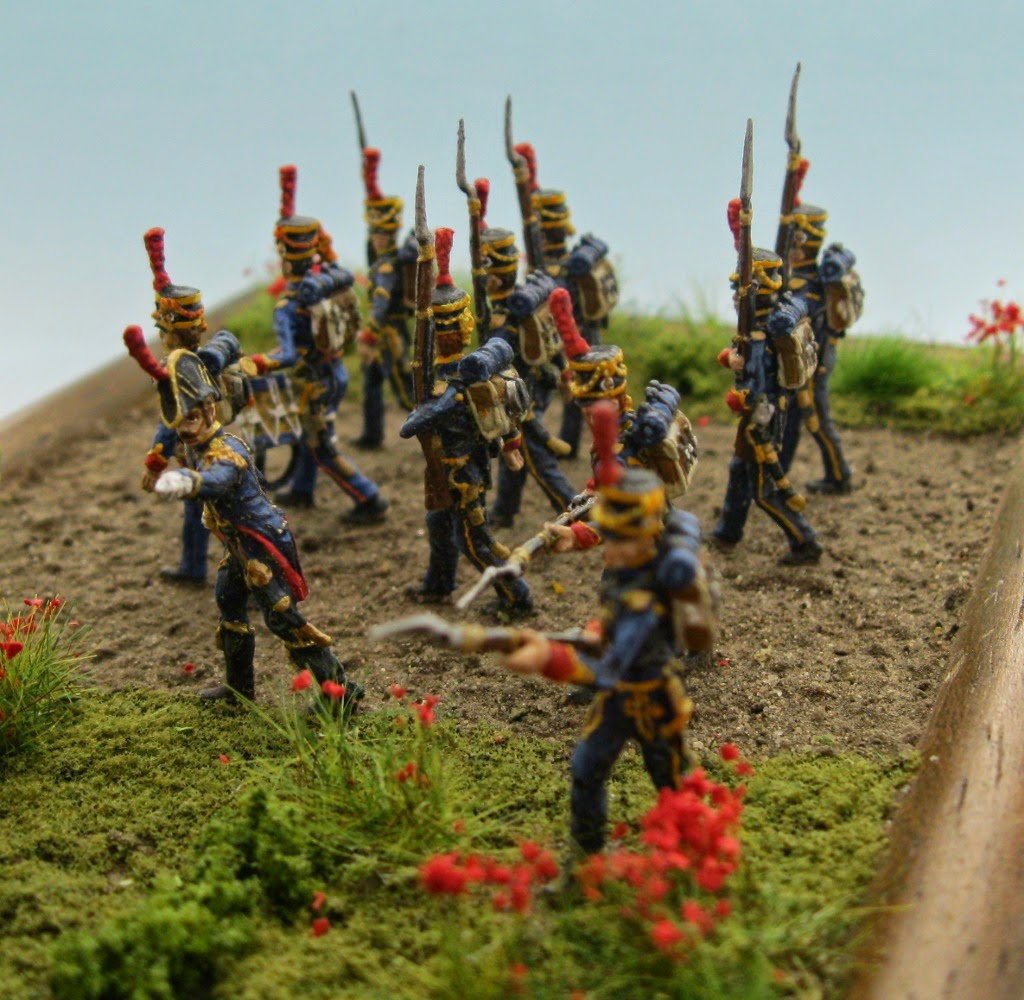 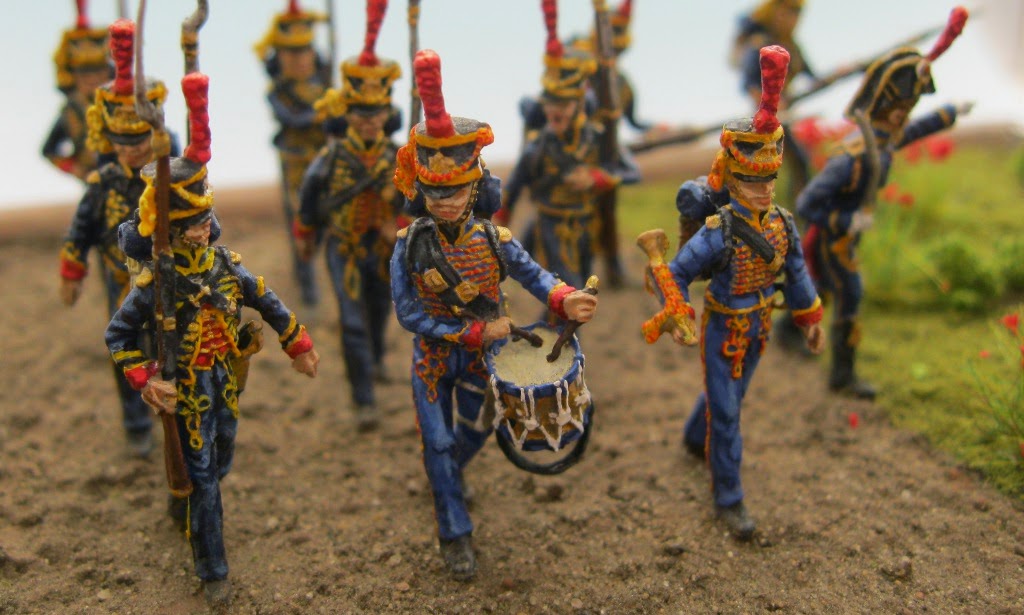 Splendid. Absolutely splendid. I really love those colourful uniforms - they're among the most beautiful uniforms ever made, aren't they? Because of all those little laces and trimmings, painting these figures was a bit time-consuming but it was worth every minute. I consider these guys being one of the nicest pieces in my showcase.

And yes, before you ask: the command set does include a flagbearer. Unfortunately, I have crushed him. In fact, I made the mistake to handle the flagpole a bit too rough when I tried to apply the flag and it broke. Trying to re-glue it didn't work. The old needle-trick didn't work either. Therefore, I sadly had to continue without the flagbearer. :-/

Which is, by the way, now about to reach its' limits. One shelf has just enough space for two of these picture frame mini-dios. Looks as if I would have to add another showcase next year because the current one will simply be full of figures.

So much for now.