Enough of the grens (at least for now)

Two weeks have passed since I made my last posting. I just wonder why 'round this time of the year, the weeks pass so quickly. Christmas is coming, can you feel it?

Okay. Painting all these wooden heads was quite profitable business - my mother-in-law sold a lot of these angel puppets and... brought me the next dozend of wooden balls. *sigh*

Gee - here comes another photo of finished work. I have finished a couple of the forthcoming HaT Spanish grenadiers for the early peninsula war. It's a group of four, all painted individually in the colours of a certain regiment. I hope you enjoy them: 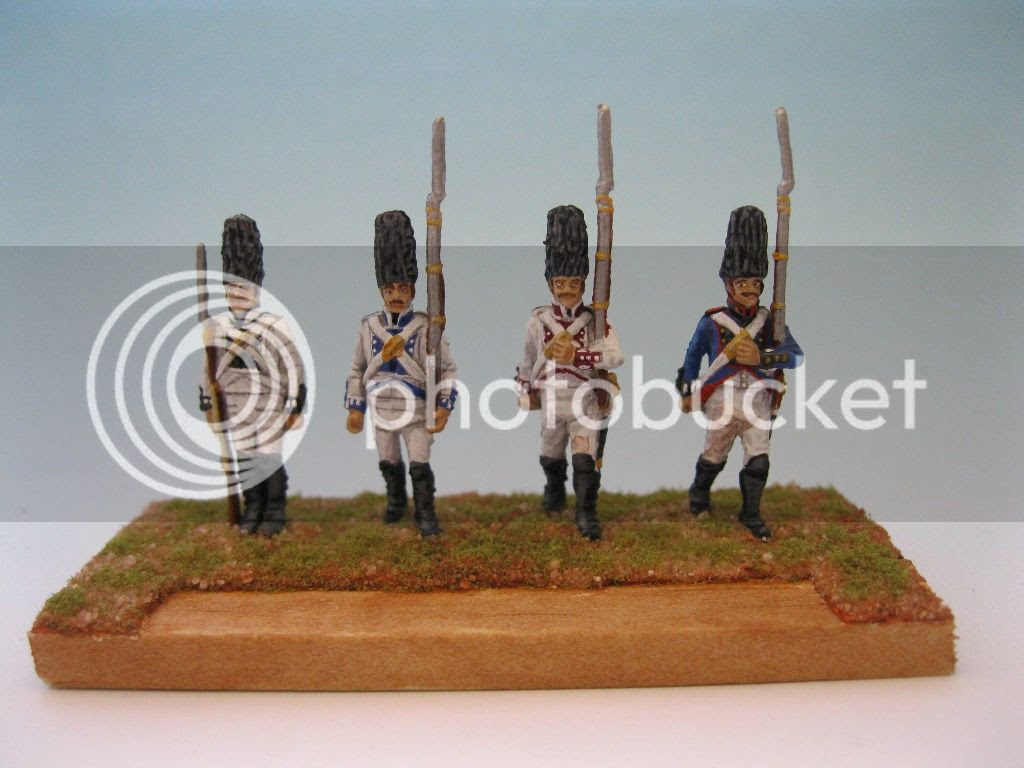 And - once again - the more spectacular view: the backside of these guys, showing the individual markings on the grenadier mitra lapel: 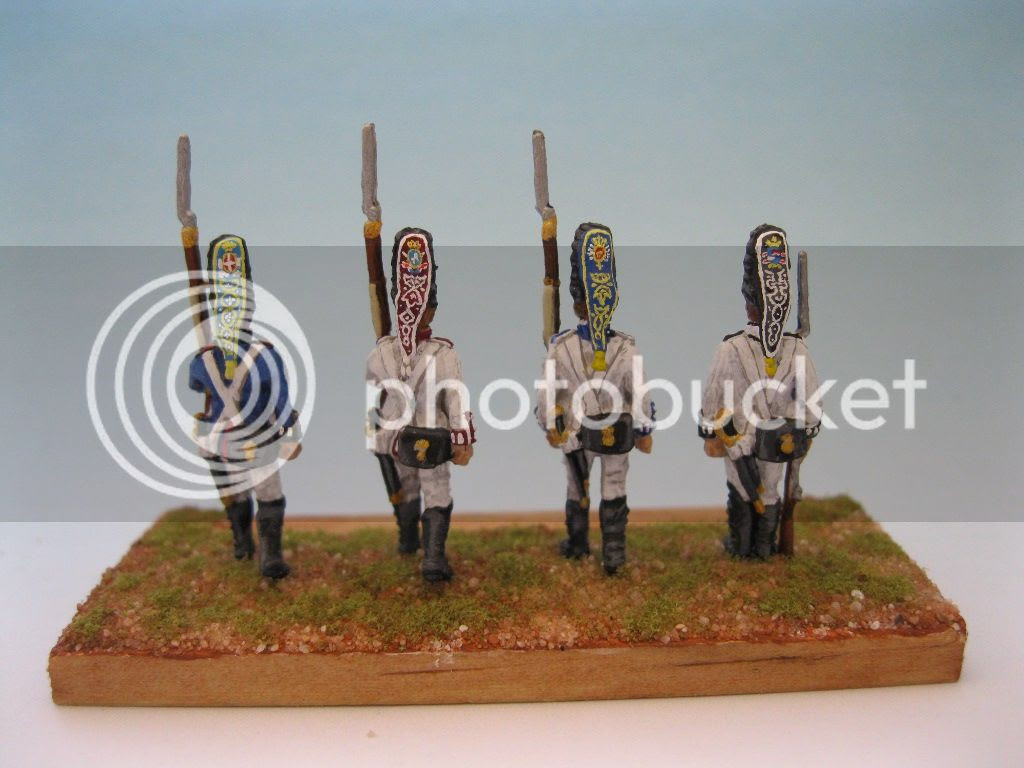 The results are really terrific - it's a very special sort of item, even among the large number of colourful uniforms during the Napoleonic period.
I suppose the next thing will be to paint the action poses, but not for private collecting. I'll sell them on Ebay for a ridiculously high price to refinance my hobby - but I'm going to make a photo of them, of course. ;-)

But this will have to wait. For this moment, I'm fed up with painting Spaniards. I have a bunch of Russian hussars on my desk, there are some fine Schilling tin figures which I have started to paint, I'm wondering about the groundwork for a single figure contest contribution for next years' FIGZ and so on and so on...

...btw.: thanks for being so kind to give me an award, Gowan. I just didn't notice it for some days and now I'm feeling very honoured about it. Guess this deserves an own posting - I first must have a look to which great artists I'll like to give away the next round of awards. ;-)

P.S.: here I add the action poses, completely painted in colours of the Guadalajara line grenadiers. Just for not opening another topic for this set. 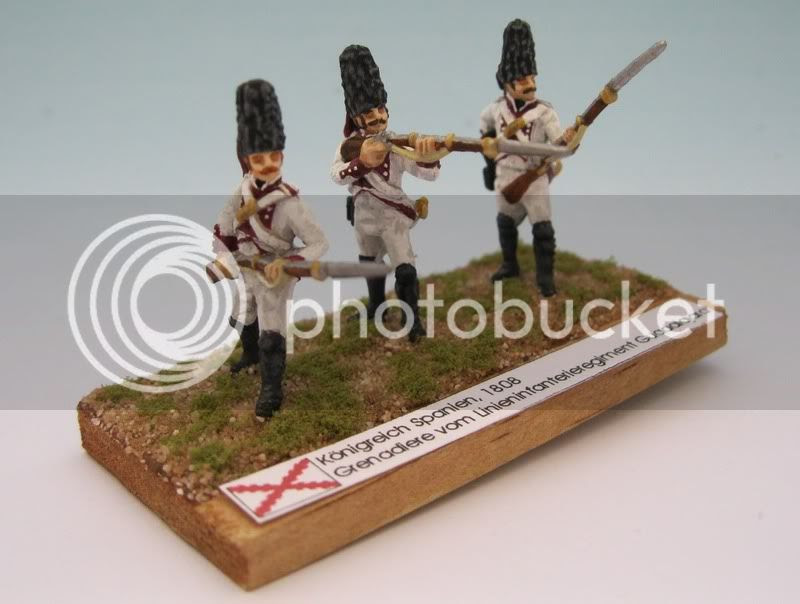 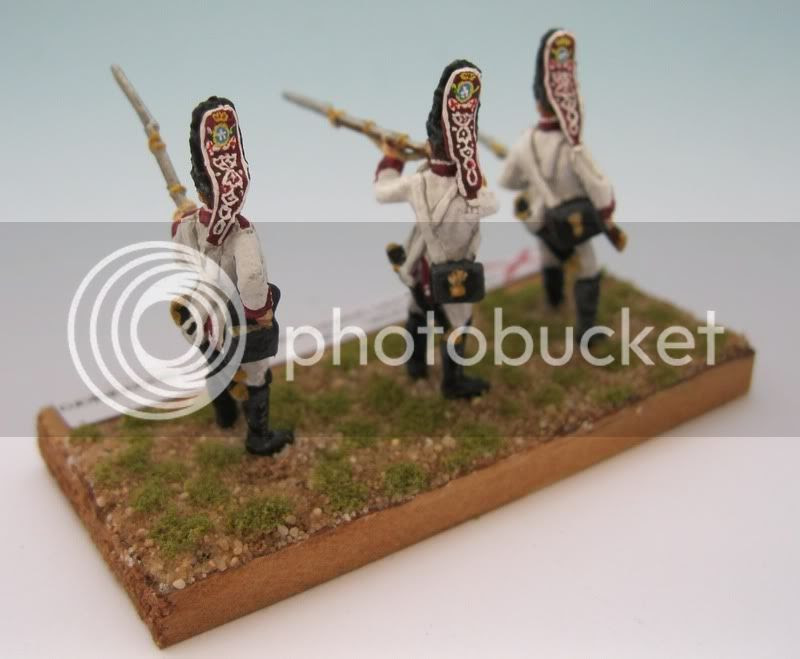 That's it for now. Because I have so many other things to do, I sent the light infantry figures to Peter from http://peterscave.blogspot.de/ in exchange for a couple of other figures that I needed more urgently.
May Peter do with them whatever he pleases - which will usually be a well done paintjob. ;-)

So what is my opinion about this set in the end? It's simply great stuff!
HaT has come up with a nice modelled set of figures that looks simply great when painted. The set could - as most MAC sets - benefit from containing more action or resting poses to allow a greater variety for the look of larger regiments, but that's all I have to 'complain' about.

No. I'm not becoming lazy.

At least I hope so.
I'm currently pretty busy in politics, which keeps me away from other things for some time. On the other hand, I had been busy painting angel heads. 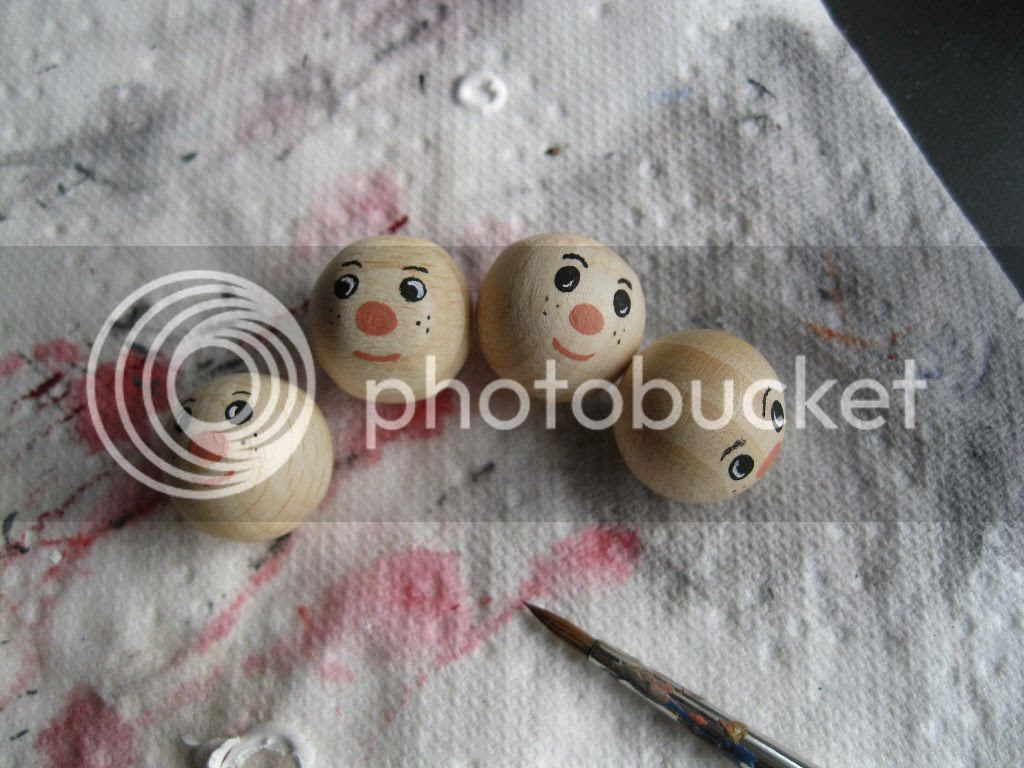 If anyone thinks that I've gone insane - they are for my mother-in-law. She tinkers little angel puppets and will sell them on a local christmas market. I should have run away when she asked me about painting 'a few faces'. Actually, she brought me a bag full of these wooden marbles.

I hope that she will sell them all. Then it will at least not have been a total waste of time spending evenings to paint all these comical faces. *yawn*

Well - luckily, there was enough time left for continuing my other projects. The Russian hussars are going on well, but I still believe I won't finish a single one of them until the beginnings of next year.
But of course I don't want to just bother you with a handful of wooden marbles. I have completed the first of the new HaT grenadiers. From the front, it doesn't look much spectacular: 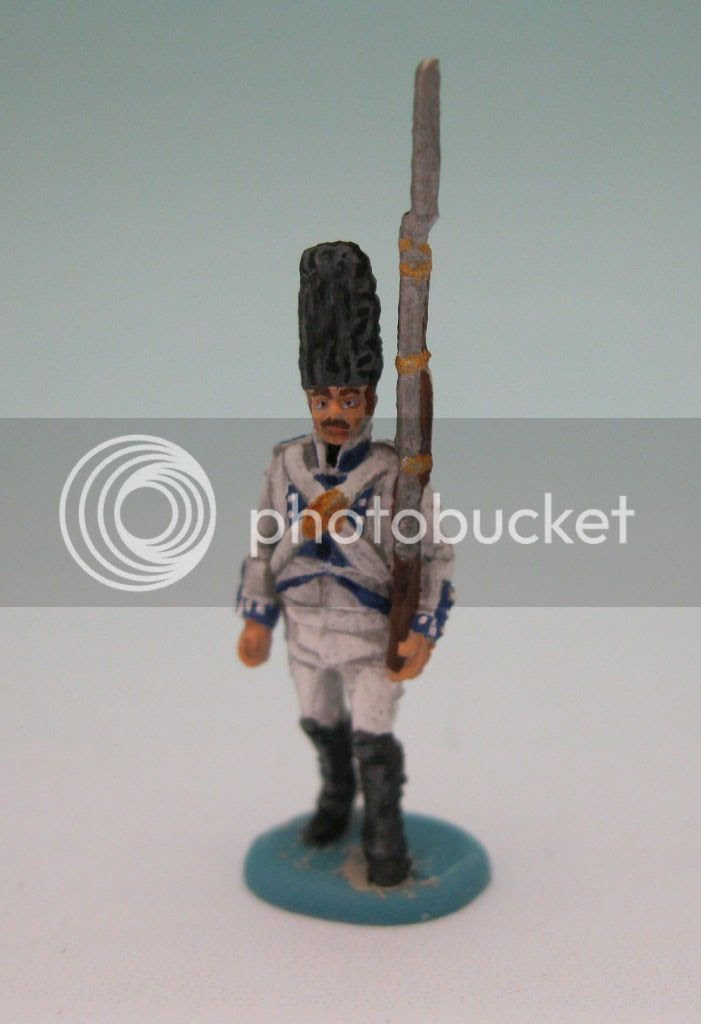 But the colourful decorated  cap lapels make them very special in comparizon to other grenadiers of that period - every unit had a unique pattern. 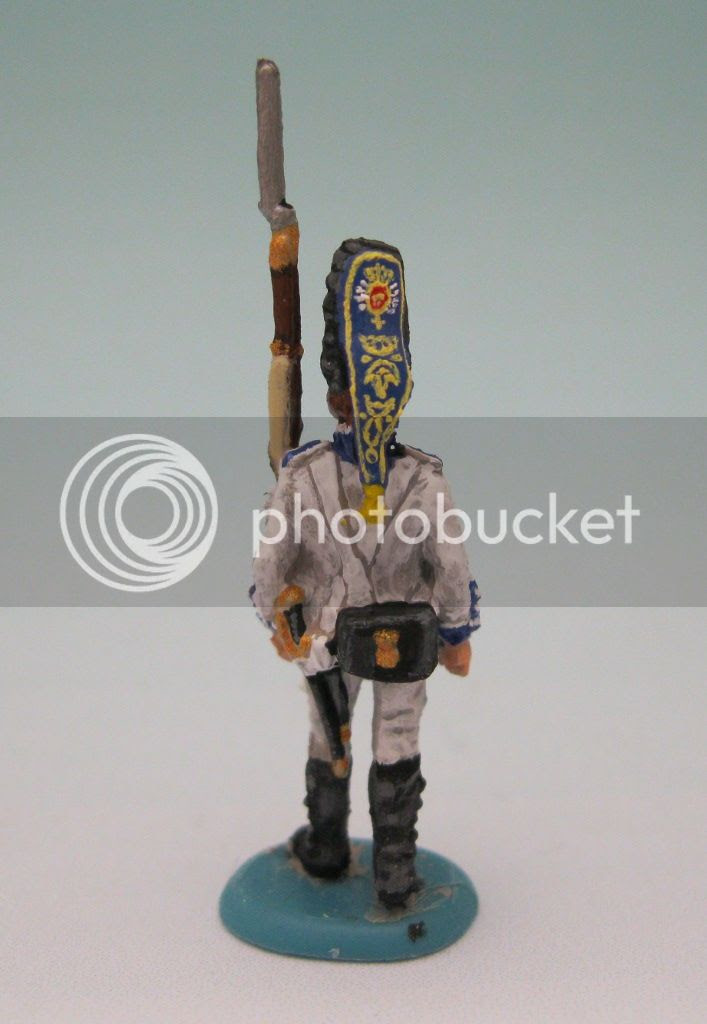 Ah - I love them. The other marching guys will be painted in the colours of other regiments and then be placed side by side on a wooden base. I presume that this will look really great.

So there's more to come. Stay tuned - even if the time between my posts is sometimes very long. ;-)