One figure that I've prepared for the competitions at this years' ISSC in Heiden was a miniature of Marshal Józef Antoni Poniatowski. The miniature is a metal figure from ART miniatures excellent range of Napoleonic personalities (www.schmaeling.de). I originally bought it as a dedication to the Polish visitors of my blog but after having completed the vignette, I decided to put it first into the competition and then onto my blog - which was a wise decision because this one won a bronze medal at the single historic figure contest. 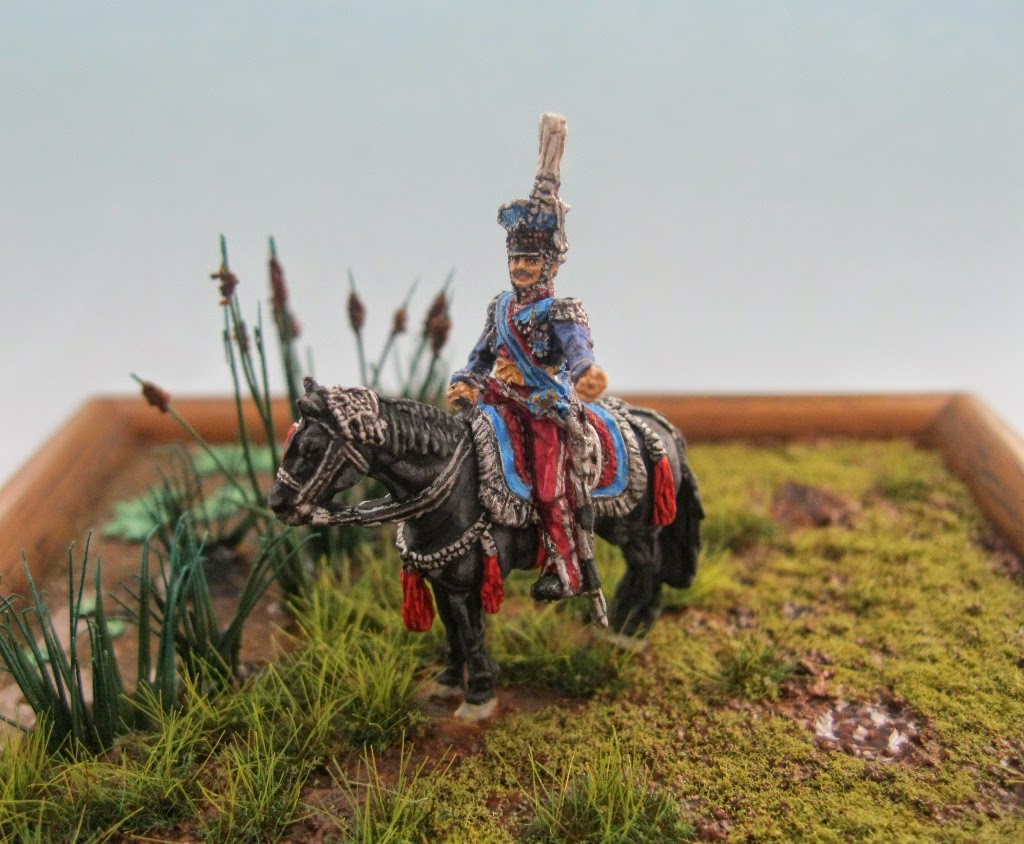 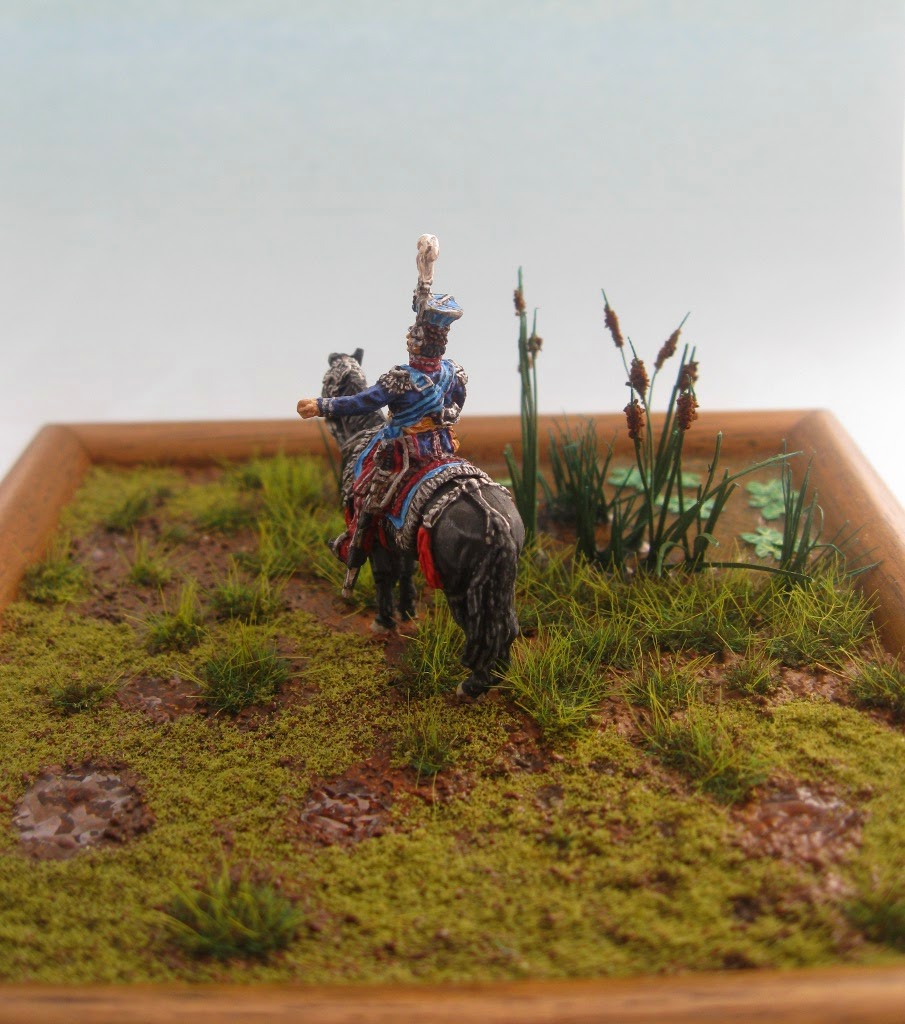 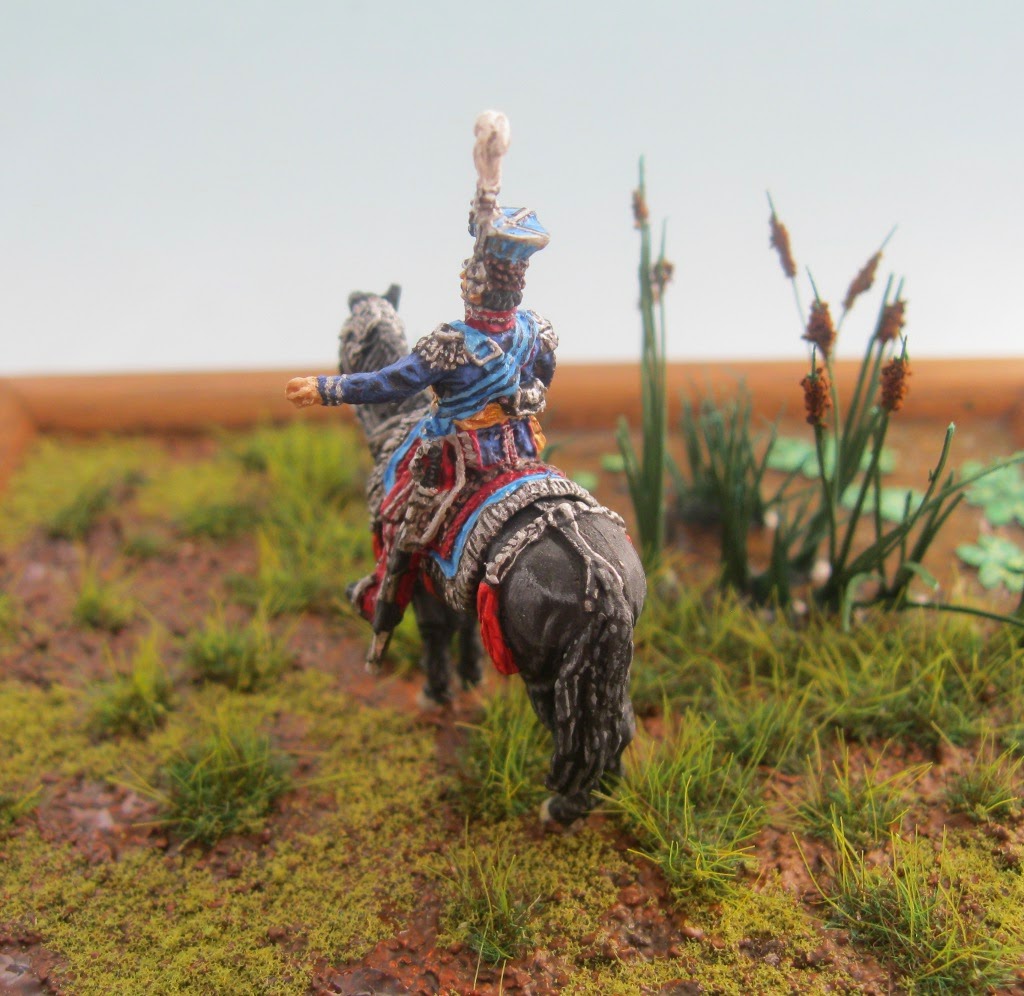 Commanding officer of the Polish troops in Napoleons armies, Marshal Poniatowski was the only non-French Marshal of the Grande Armee. He died in the battle of Leipzig on October 19, 1813.
I must confess that this figure lay about one year in my cupboard. Originally, it was sold together with the fur coat that can be seen on most of the paintings of Marsha Poniatowski in the field - but sadly, that piece of metal got lost somehow, so I had to paint the figure without it.

Much of the groundwork (cattail, grass, artificial water) I did buy at Fredericus Rex. The water lillies became necessary to cover up some mistakes that occured during my first try of creating a pond. In fact, they did their job really marvellously. Once again, I can only say that I have the highest respect for those people who are really good in creating dioramas which look like 'the real thing' - I will have to practise a lot in order to reach that level. But I'll try. ;-)

And *swooop* away it is - the International Small Scale Convention 2014, which took place on October 4 in Heiden, is already history again.
Well - for the people at Bennos' forum booth, it was a nice and easy day out. If it was that much of a success for the traders, I don't know - apart from the hall being nearly as much filled with exhibitors and sellers as last time, the amount of visitors was unfortunately smaller then the year before.

I have been succesful in the competitions again, winning two bronze medals - one for the Westphalian diorama and one for a single figure of Marshal Poniatowski. Although in my opinion, this was the lower quality paintjob compared to the sapper which I also put into the contest. Well. Whatever.
But let me show you my own work in another posting, now it's time for a little impression of the many high-quality models that were presented at the show: 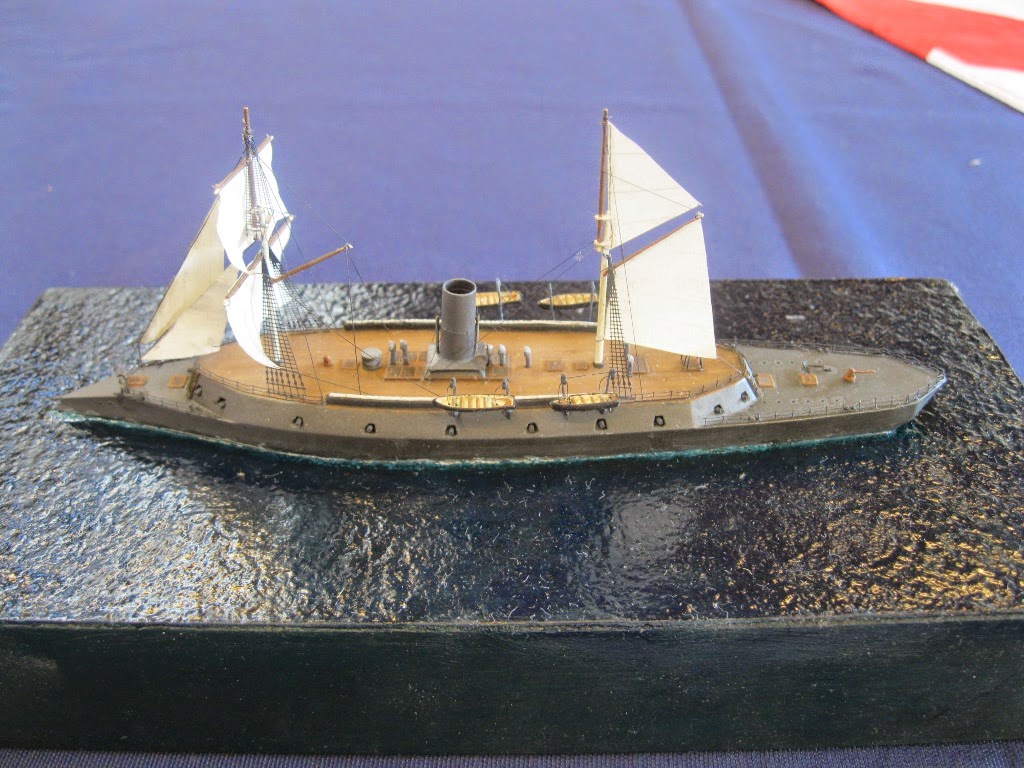 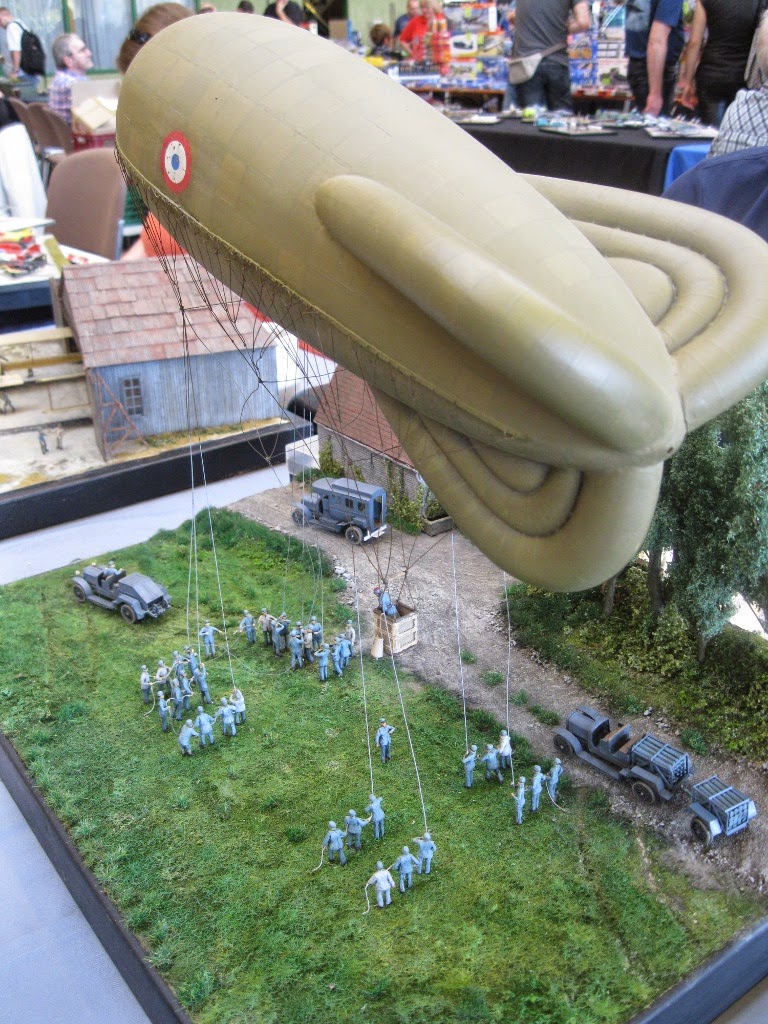 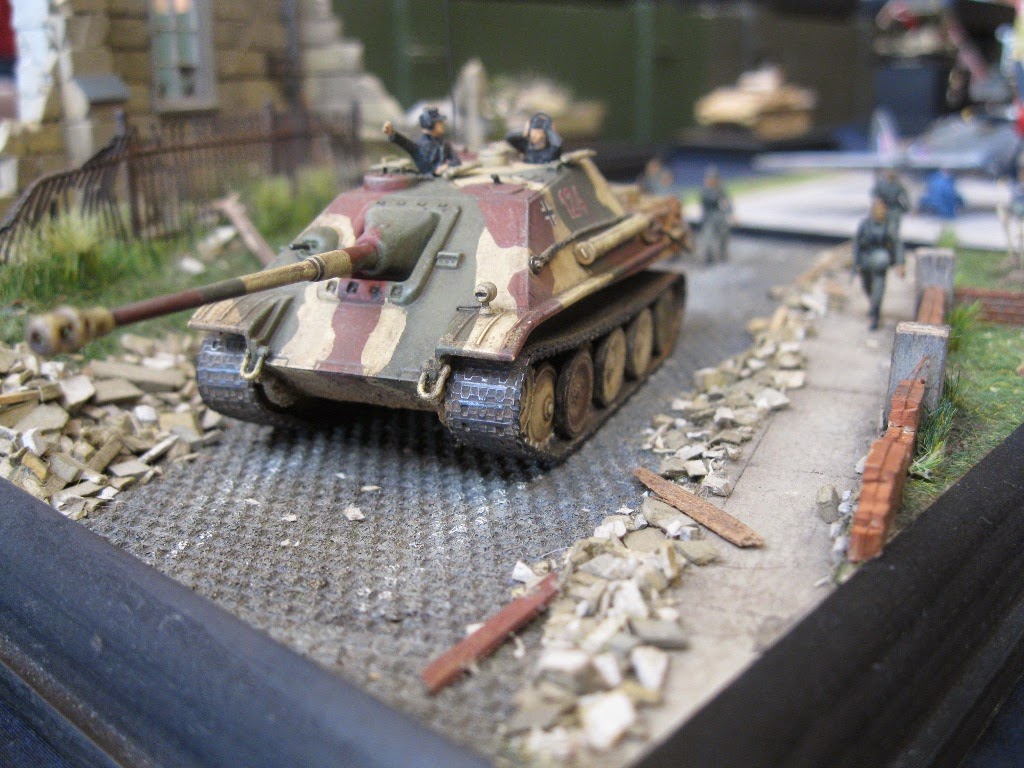 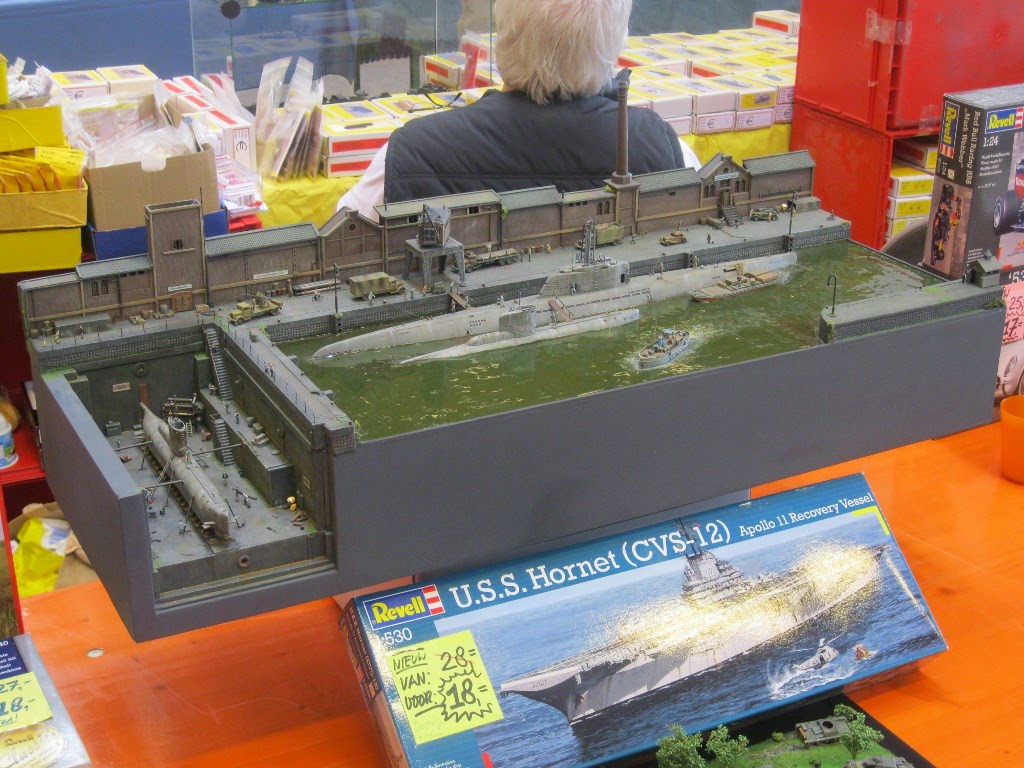 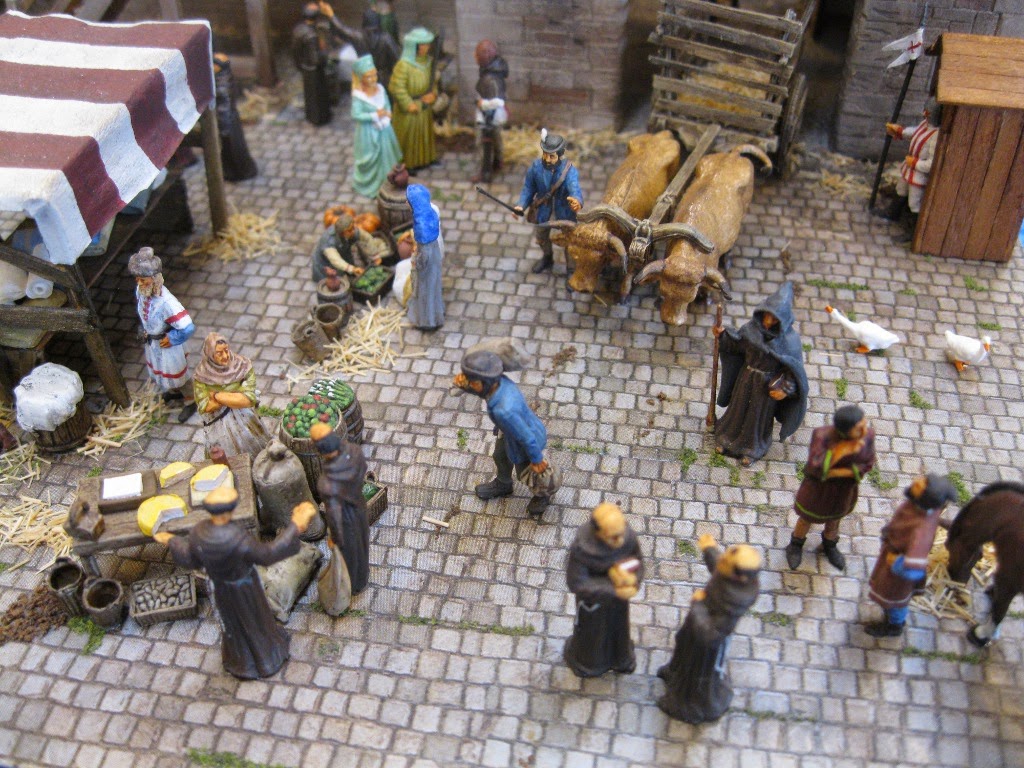 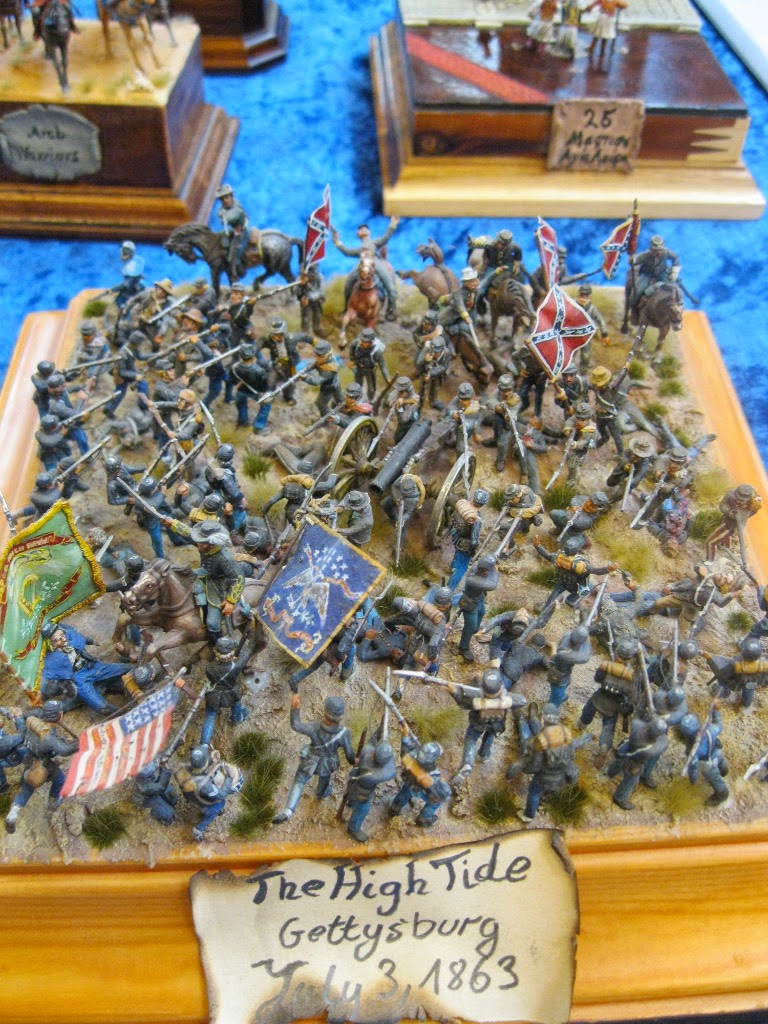 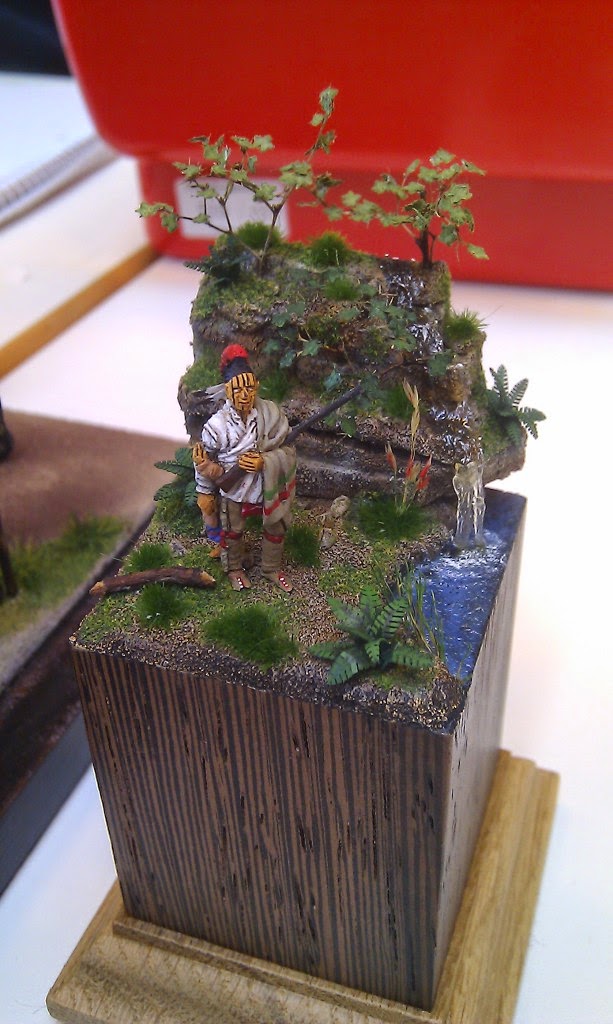 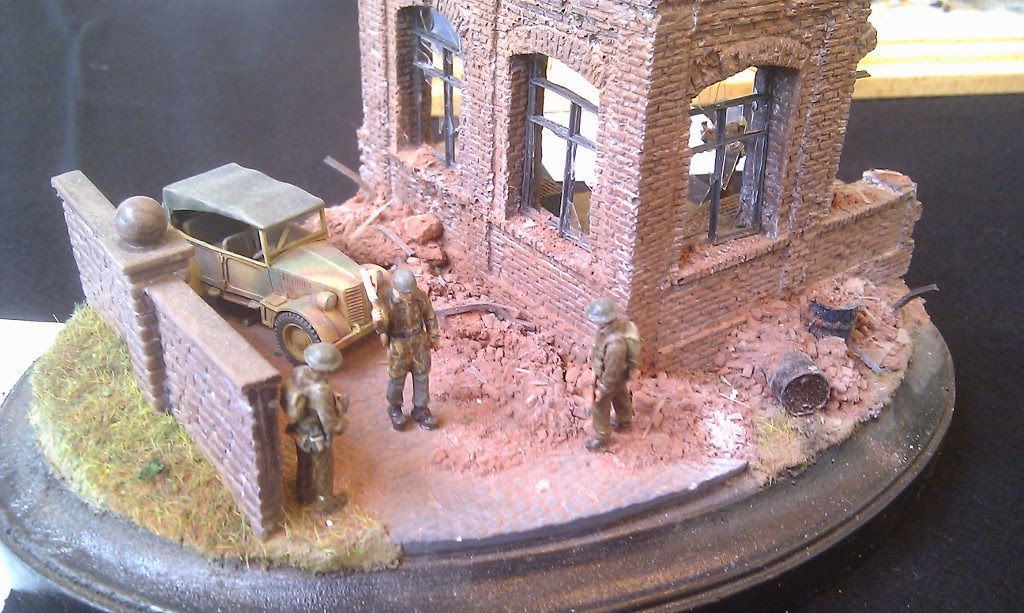 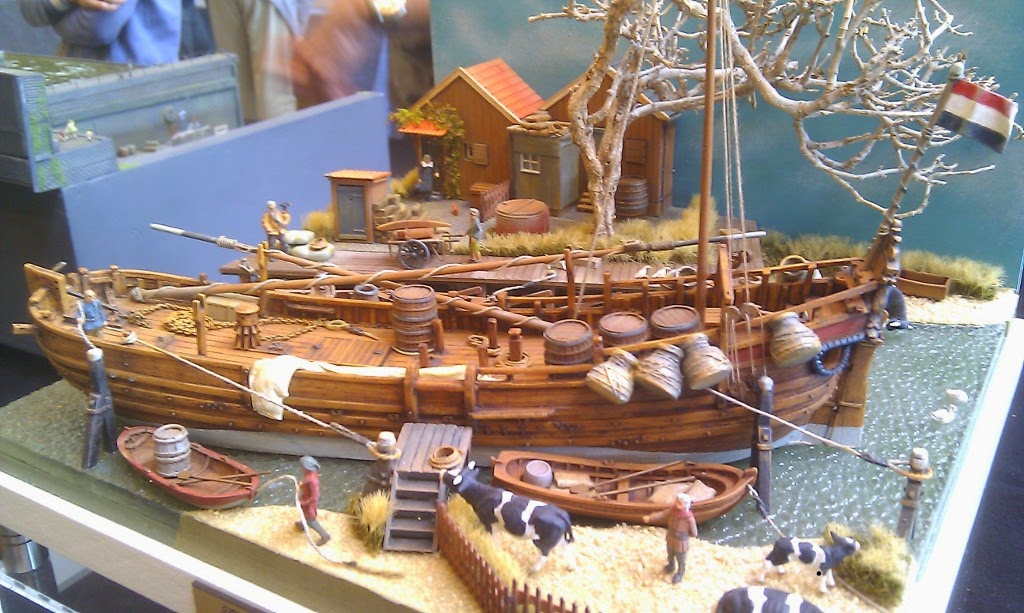 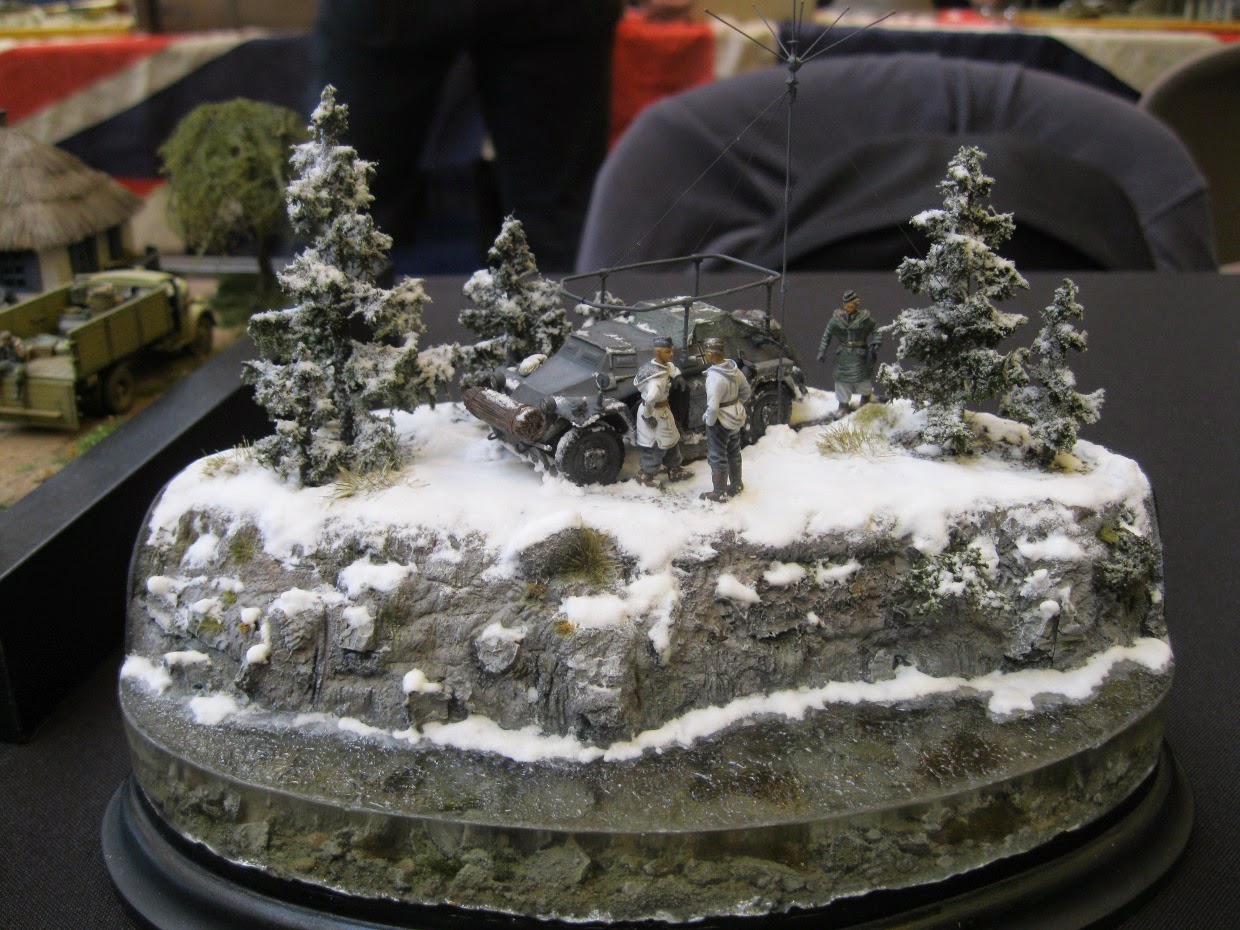 Can't help myself, I'm already looking forward for next years' exhibition. The quality of the stuff you see at Heiden is really amazing.

And as I have spent some money for dio stuff at the FredericusRex booth, I'm nearly fully equipped for my next two projects - which means that there's only one figure missing.
This time, it would be smaller things. Although I'm pretty happy with the Westphalian diorama, building something that huge (over 90 figures) is pretty time consuming and keeps me away from completing the other things I still have to complete.

See you soon for a presentation of all that work I did in the last months which I have not showed you yet.