Back at the FIGZ convention which took place this years' June in Goor, the Netherlands, the forum members of Bennos' forum and the exhibitors received a very special gift: the Happy Wargamer!

This figure has exclusively been sculpted by the marvellous artist Alex Gussev from Russia, who is a professional miniature sculptor. Alex creates unbelievably great figures, mainly of medieval background. Maybe you just drop on by at http://bennosfiguresforum.com/viewforum.php?f=27 and search for topics posted by Alex in order to enjoy his creations.

Well - for a long time I kept this figure untouched in it's plastic bag as a collectors' item, although some forum members posted their painted variations. I have now decided to give my Happy Wargamer some paint just because of the fun of it - and it was really fun to paint it. This figure is a first class sculpting. Thanks to Alex for this great piece of art!

And here it is: 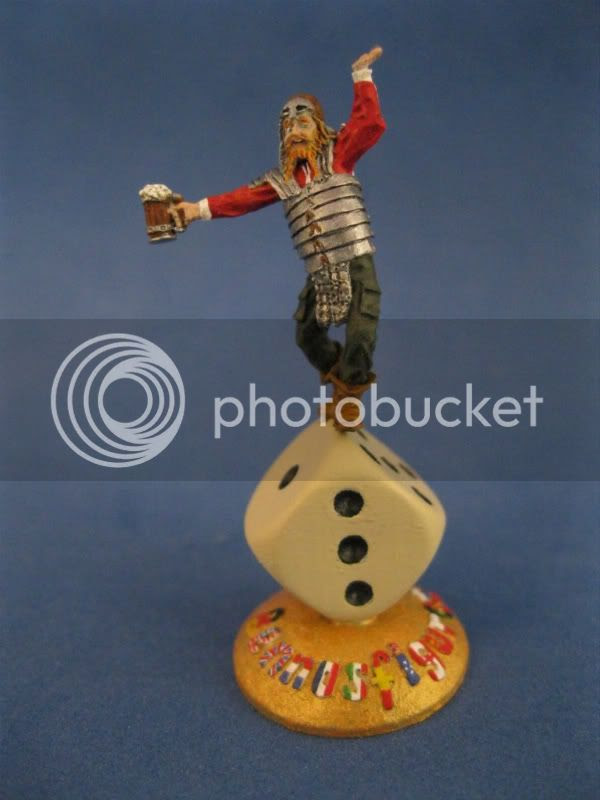 The base contains 13 letters which are painted in the flag colours of the countries with the most users at Bennos' figures forum. Here's a closeup: 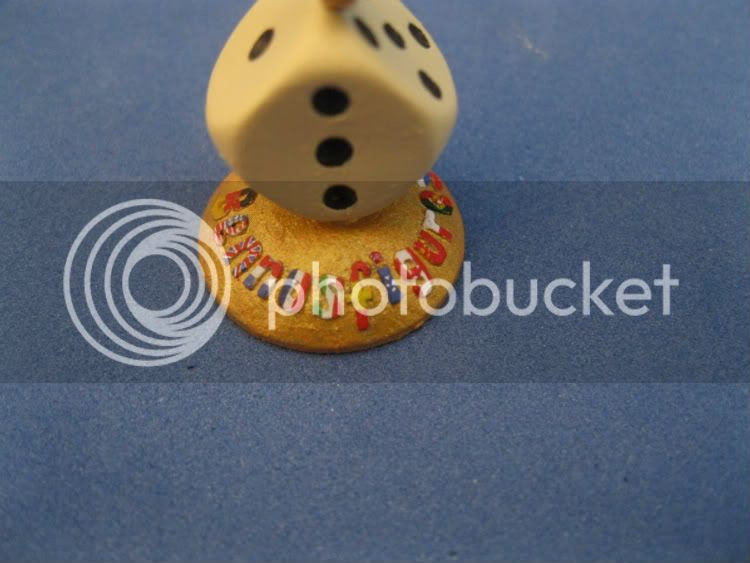 The flags are painted from left to right in the order of the amount of enlisted users. So if anyone wants to complain about seeing his countries' colours too far on the right side (or nowhere at all), don't blame me - bring more figure painters and miniature collectors of your country to our forum!
Posted by Zed1 at 5:20 AM 1 comment:

Psst! Today I have a veeery special sneak preview. Something really precious. I dunno if anyone of you has already had a look at this set and I had the opportunity and the privilege to hold it in my hands and put my brushes on it long before this set reaches the stores. 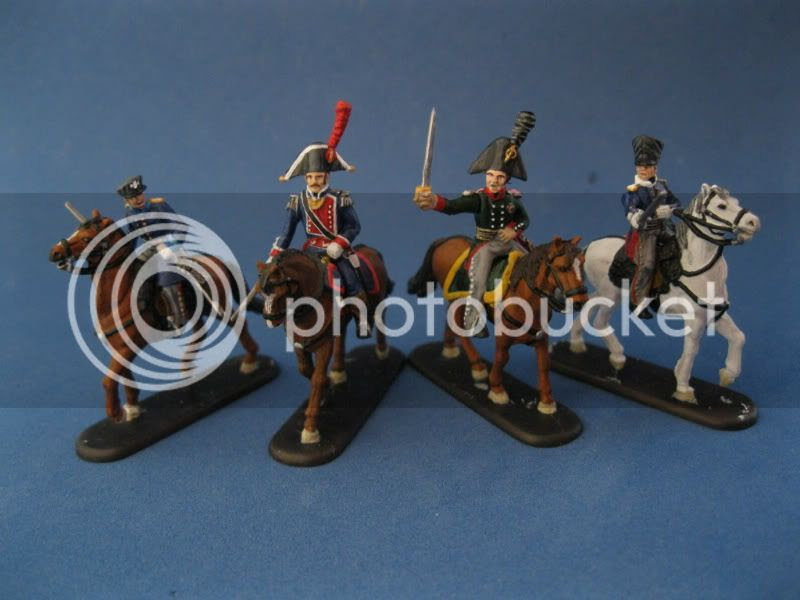 Aren't they really, really beautiful? Lovely, absolutely lovely. The figures are greatly detailed, as are the horses. Okay - you need to cut away some extra plastic between the horses' legs and some little mould lines here and there, but the total outcome of these figures is simply great. So what have we got here?

First, there's a Landwehr officer, painted in the colours of the Elbe Landwehr: 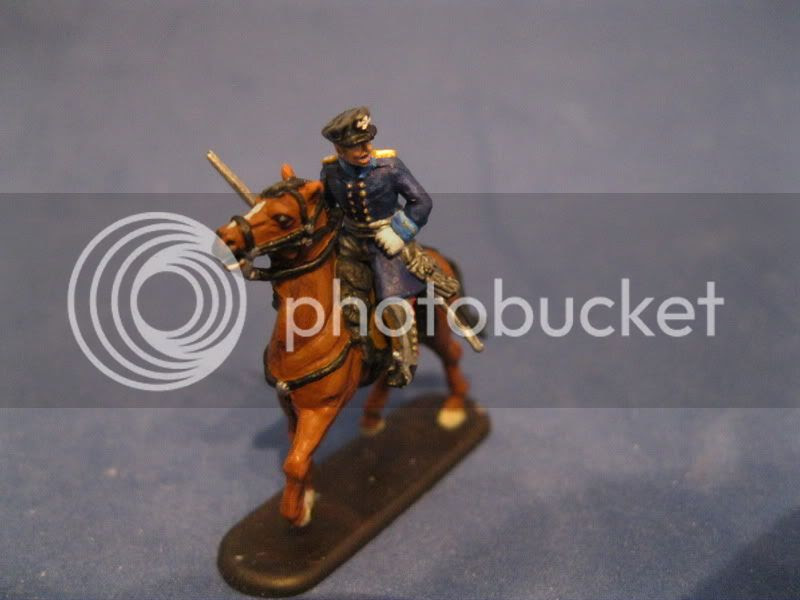 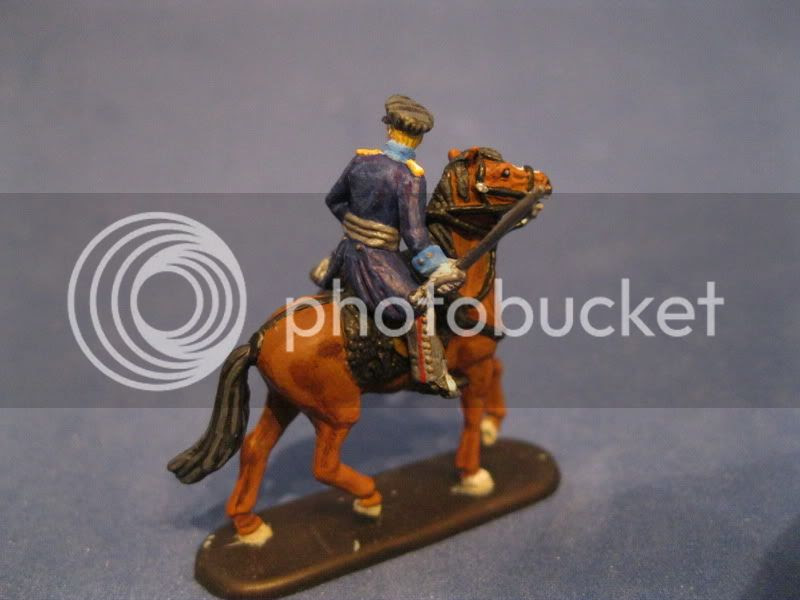 A figure which was really missing yet. I don't know about any mounted other Landwehr officer in 1/72 plastic.
The next one is a Spanish officer, painted in the colours of the Spanish walloon guard: 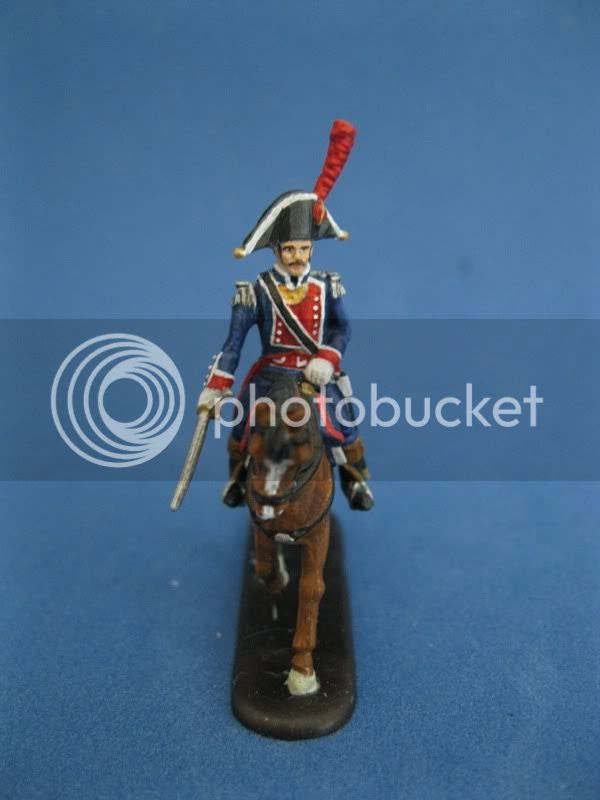 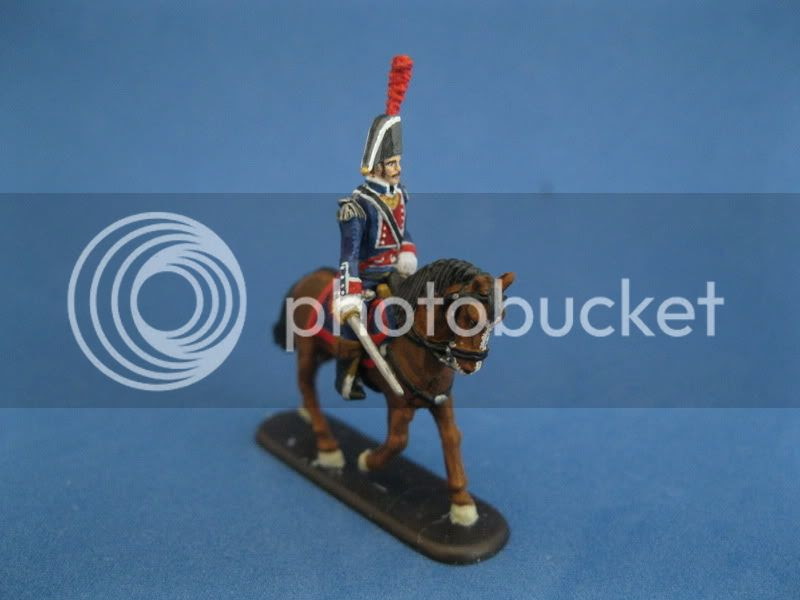 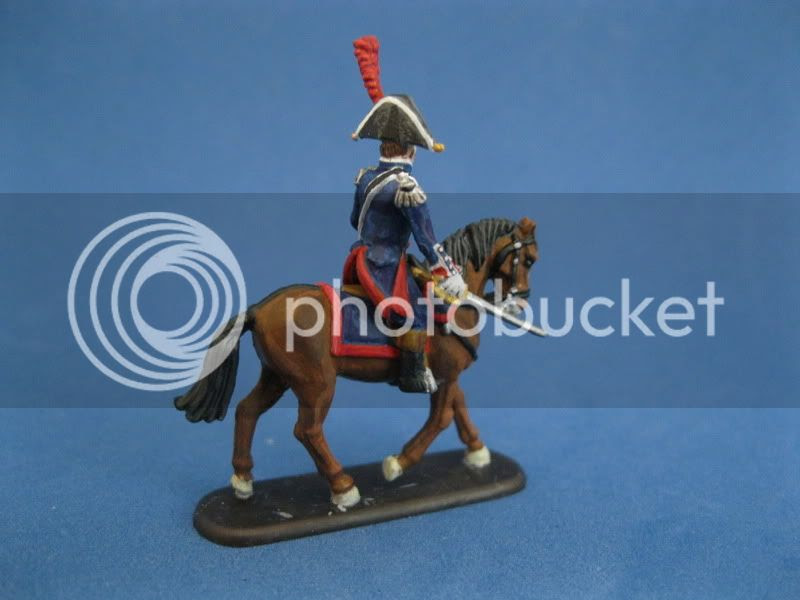 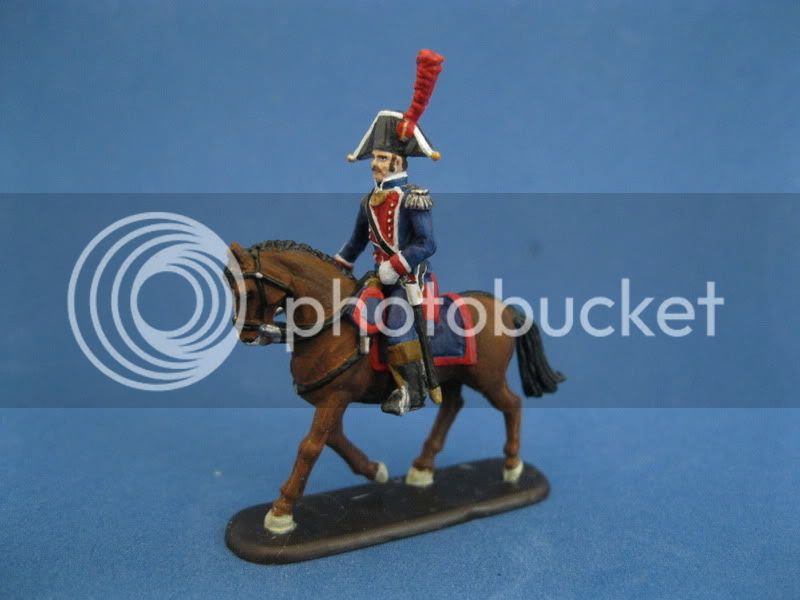 Wow. Great. I had to mobilize four people at Bennos' board and research for a week to find the right unit for that uniform design, but it was really worth the hassle, wasn't it?
So what's next? Well - a Russian infantry officer! 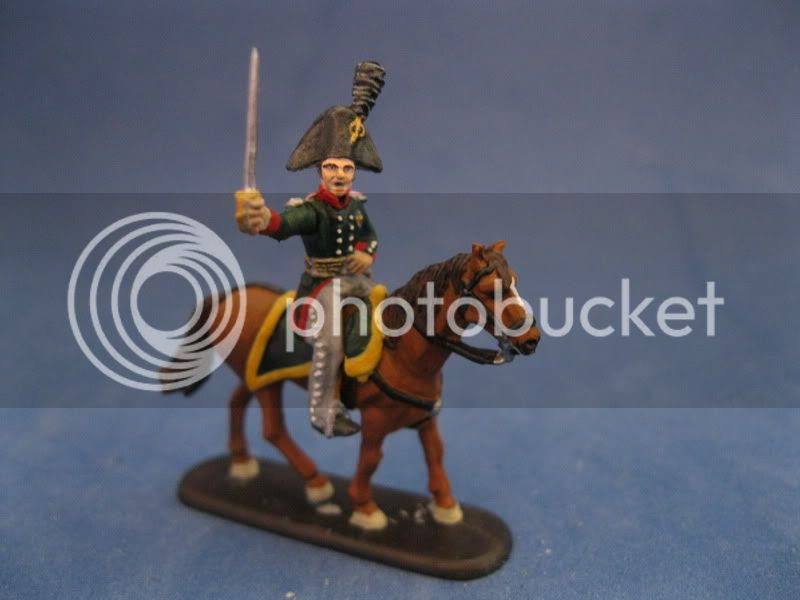 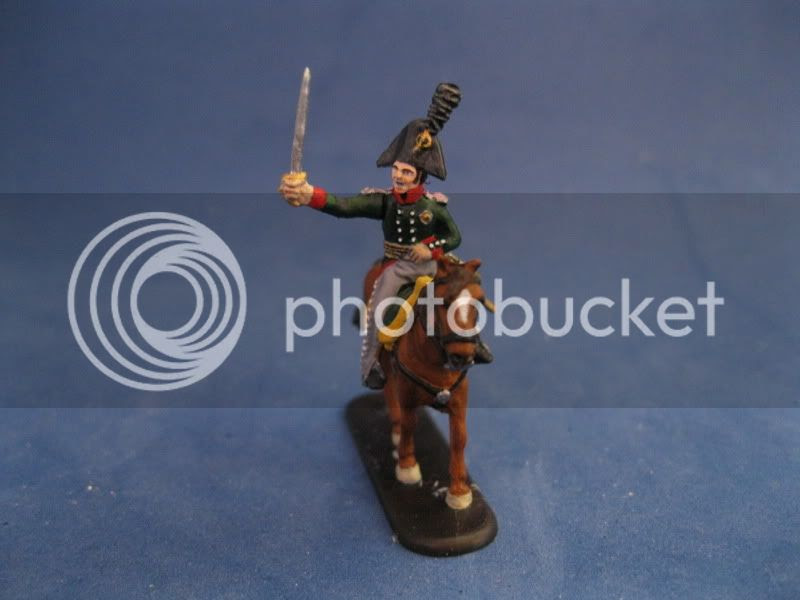 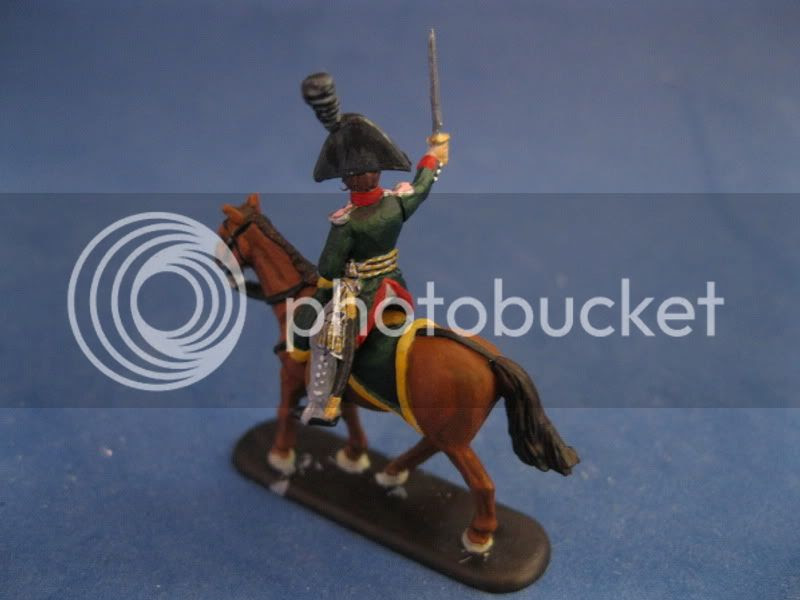 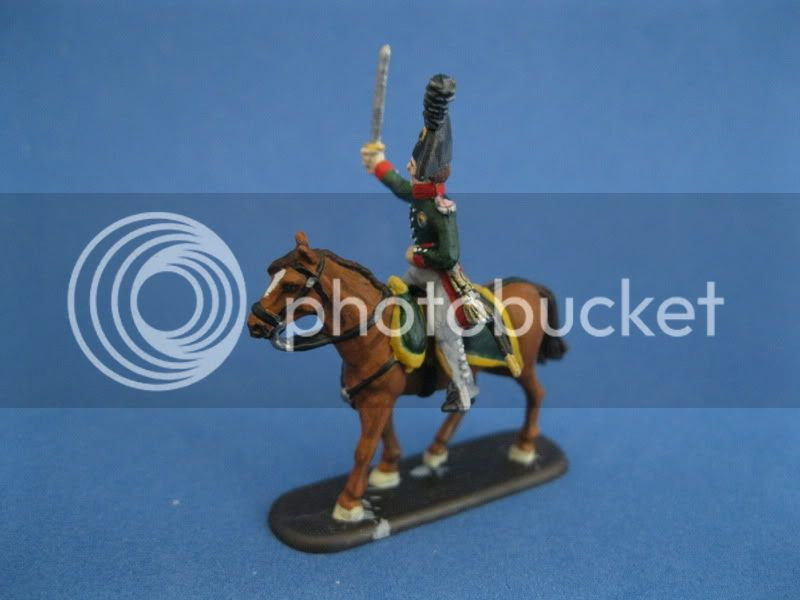 A really great one, too. Especially the horse is a real beauty. I personally don't like the Prussian horses too much, because their stance looks a bit awful as does the modelling of the neck and head region, but generally, they are okay. I know that I shouldn't have done it, but I decided to paint the horse for the Prussian line infantry officer white. The shading is a bit too light, I know, but I intended not to ruin the whole outcome by painting too radical shades. This is one thing I need to train in the future. The officer, however, is painted in the colours of a Pomeranian infantry regiment. 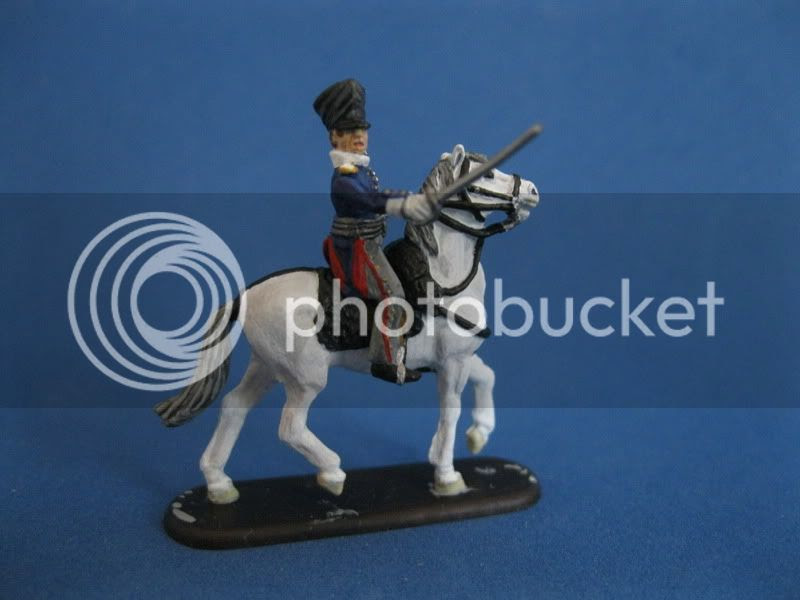 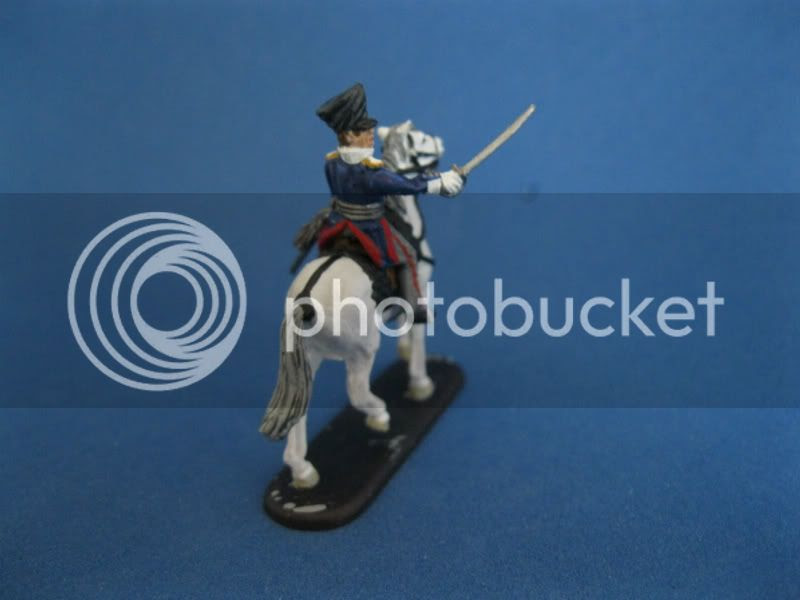 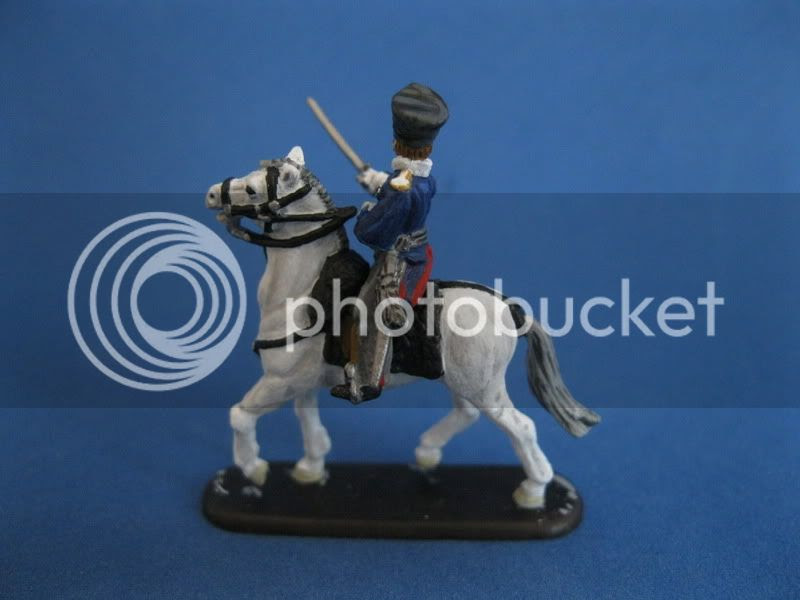 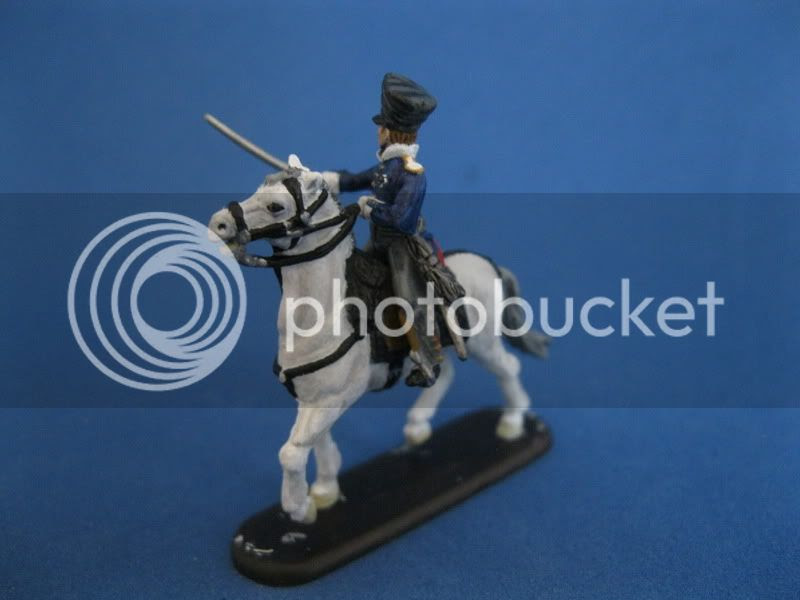 So what do you say? Isn't that a great set of figures? I hope you have enjoyed watching as much as I have enjoyed painting them. Really great thanks go to Mr.M. from Austria who distributed me with these figures. Thank you very much, I hope that you like the result!

Of course, as many of you might have already realized, these figures are from a forthcoming new set of Allied commanding officers from HaT. Definitely filling a gap, especially when you think about the fact, that HaT already shows the prototypes of forthcoming sets of Prussian Landwehr, Spanish infantry and Russian infantry on their website.