Back at FIGZ I spoke with Jan from "Alde Garde", a team of wargamers who have specialized in presenting demos at wargame shows. They came up with a really impressive hypothetical Peninsular War demo setup at FIGZ and among their nice 15mm figures were - units of the Kingdom of Holland army.

Well. The kingdom of Holland was another satellite of Napoleons empire. In the first period, when the Batavian republic turned to become the kingdom of Holland, uniformology showed up a pretty chaotic evolution of uniforms. At the start, these chaps wore a Bardin-style uniform - and that's what makes them interesting for me. 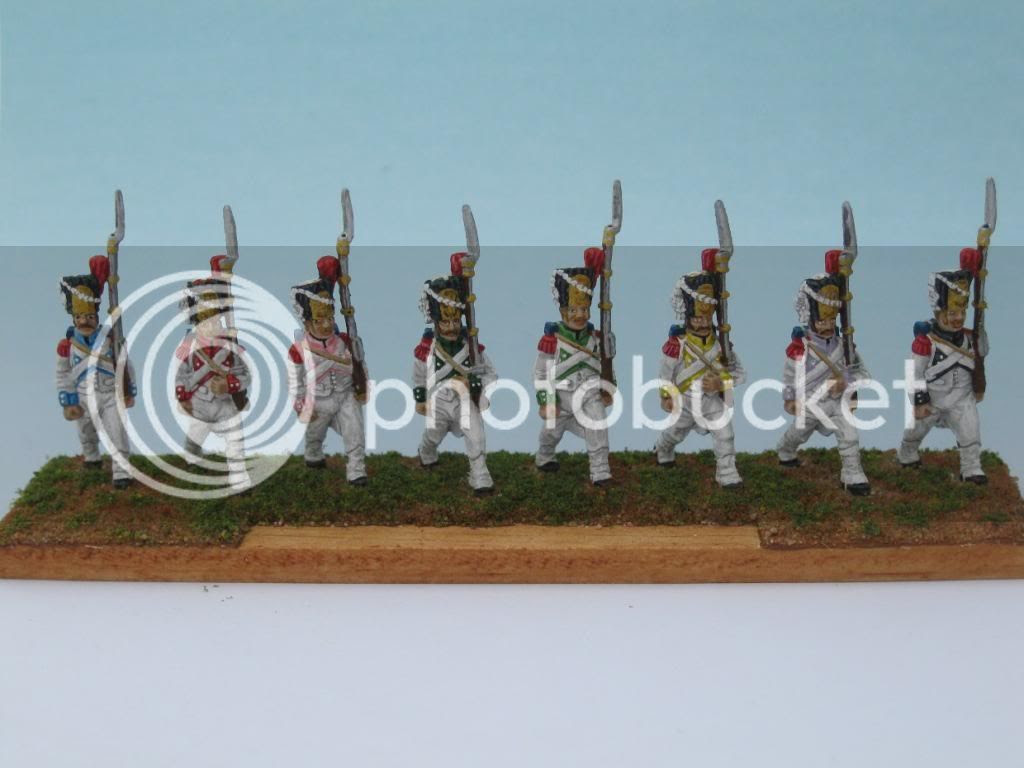 The Kingdom of Holland army had 8 line infantry battalions, devided into fusiliers, grenadiers and voltigeurs in accordance to the French army concepts of these days. They wore white uniforms in combination with regimental colours. 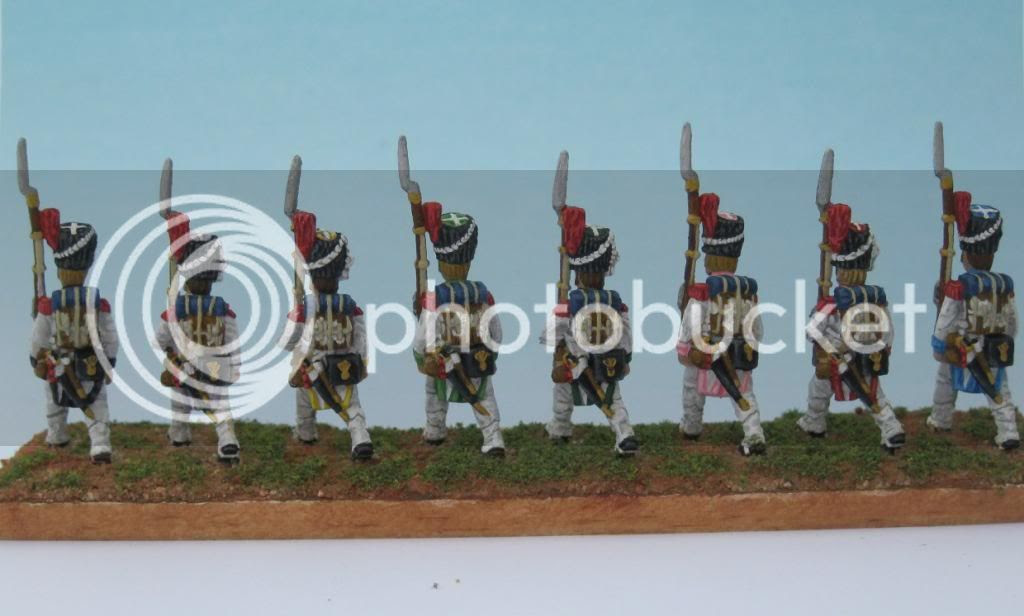 In fact, sources remain unclear about the combination of cuffs and collars. Some pictures show them in regimental colours, some in white, some mixed... pretty chaotic thing. I decided to go along painting them all in regimental colours which made the most sense to me, because on some pictures, you can see soldiers of the same regiment standing together in a group - and everybody wearing a slightly different dress. 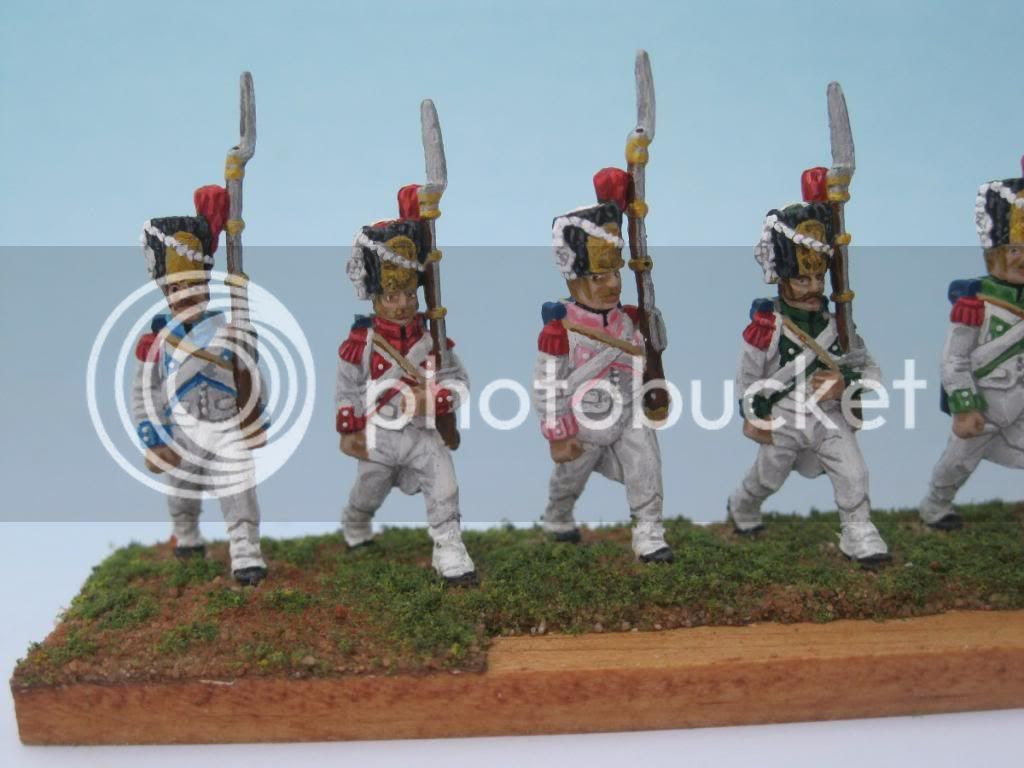 However, this Bardin-style uniform was officially only used for a period in 1806, until the full-closed-breast type of uniform was introduced. It seems that transformating the whole troops - as usual in armies of these days - took quite a while and regiments often had companies equipped with the new uniform standing besides companies that still had the old uniforms. 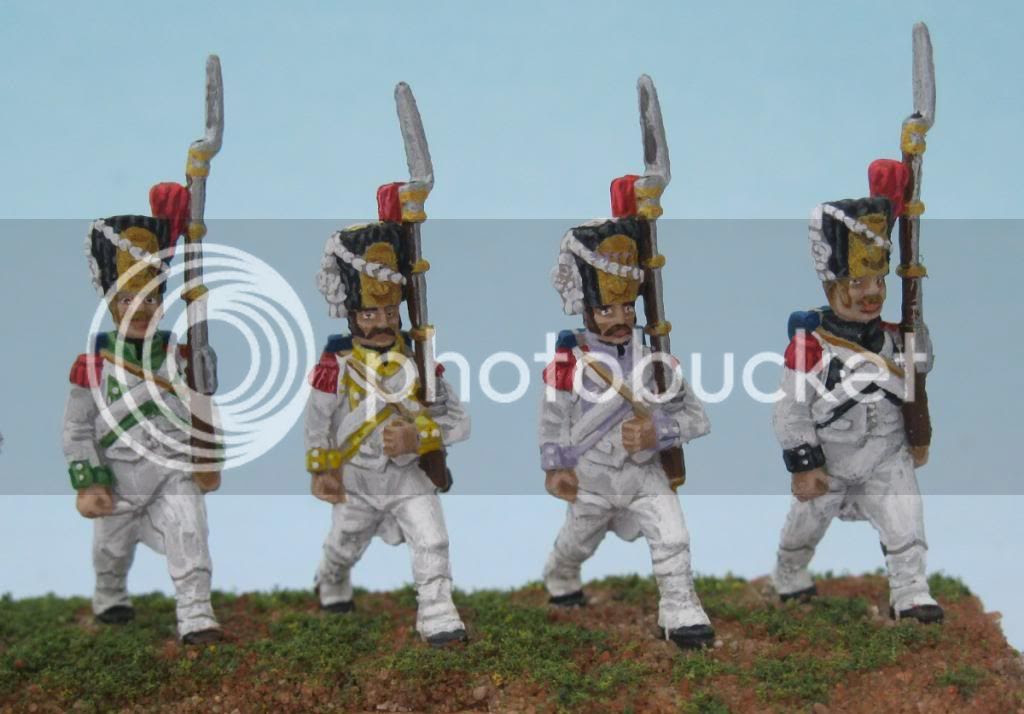 Well - I discovered that having 8 soldiers on one base is a practical problem for my small, self-made photo box. I cannot make a closeup-picture of the whole group because then the borders of the blue background would appear in the line of sight. 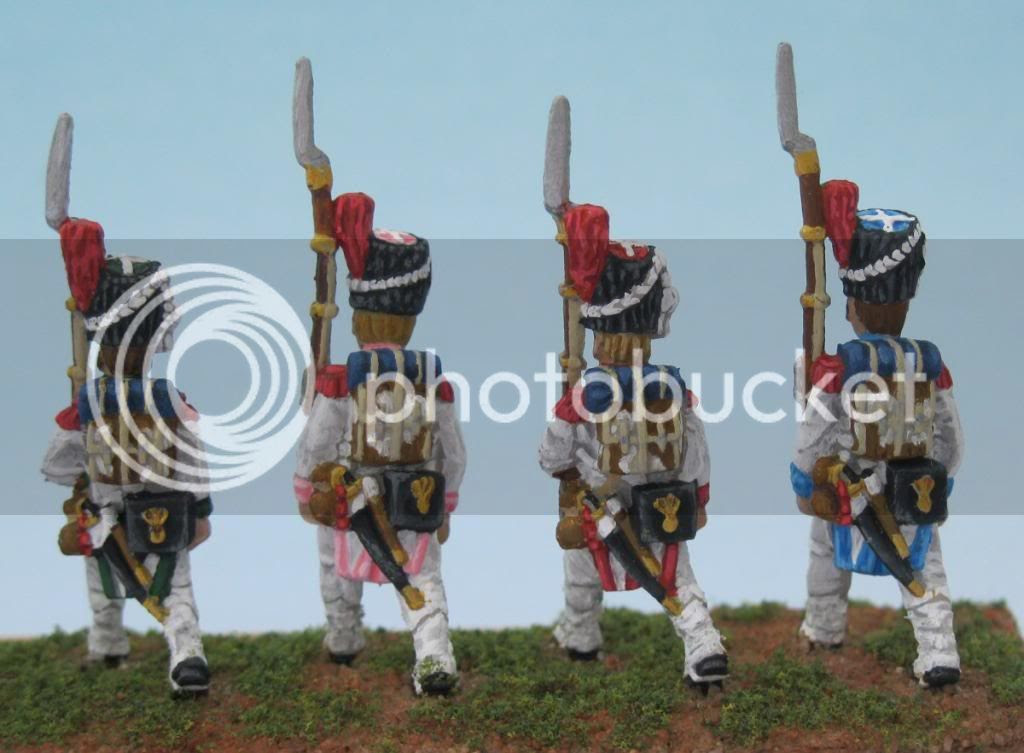 Nevertheless, I sooner or later will have to make two other groups of them - voltigeurs and fusiliers.
The light infantry (two regiments only) will then, as usual, wear green uniforms.