Before packing, I have finished another unit for the Pre Bardin project. Again Italian, but this time something more auxiliary: it's the colonial batallion. 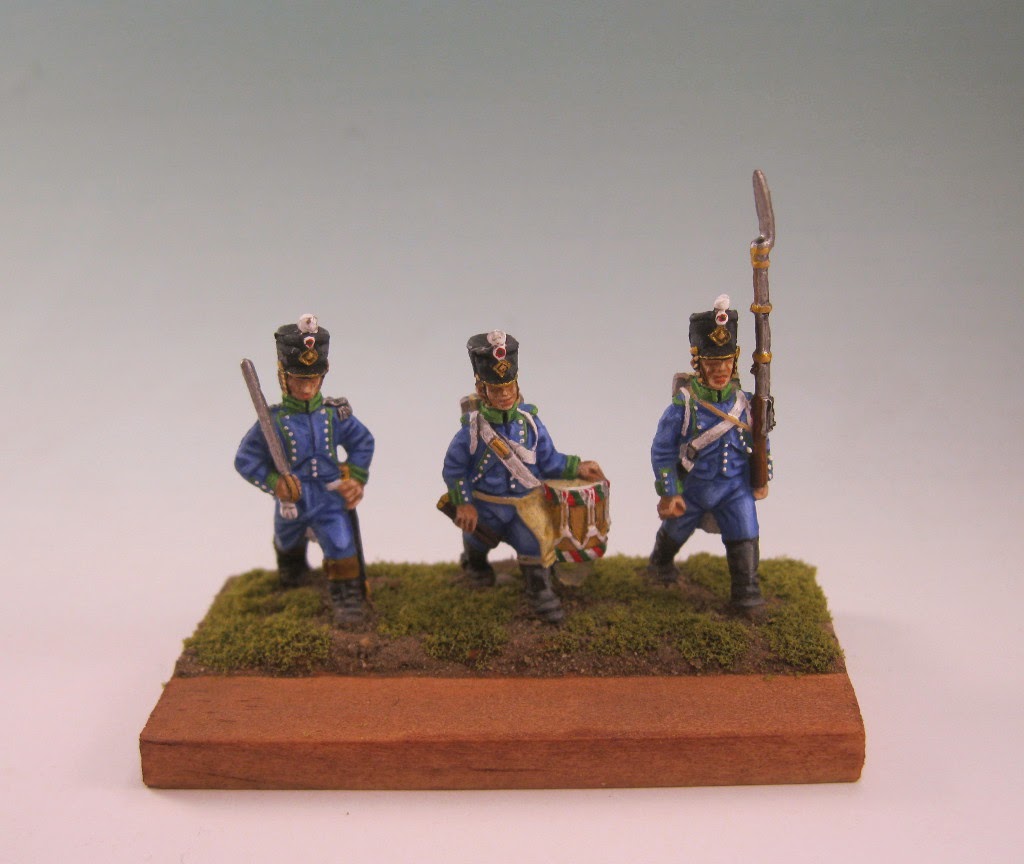 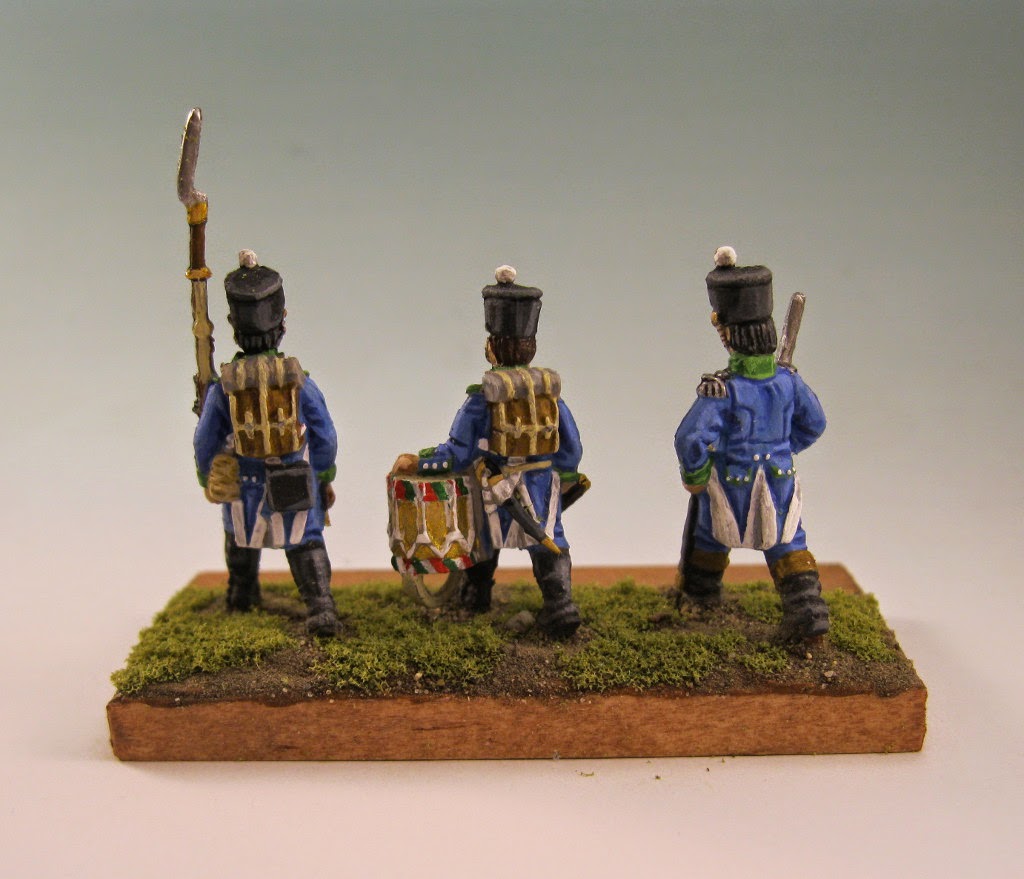 Meanwhile, the Pre-Bardin-'army' fills quite a large part of my cabinet. 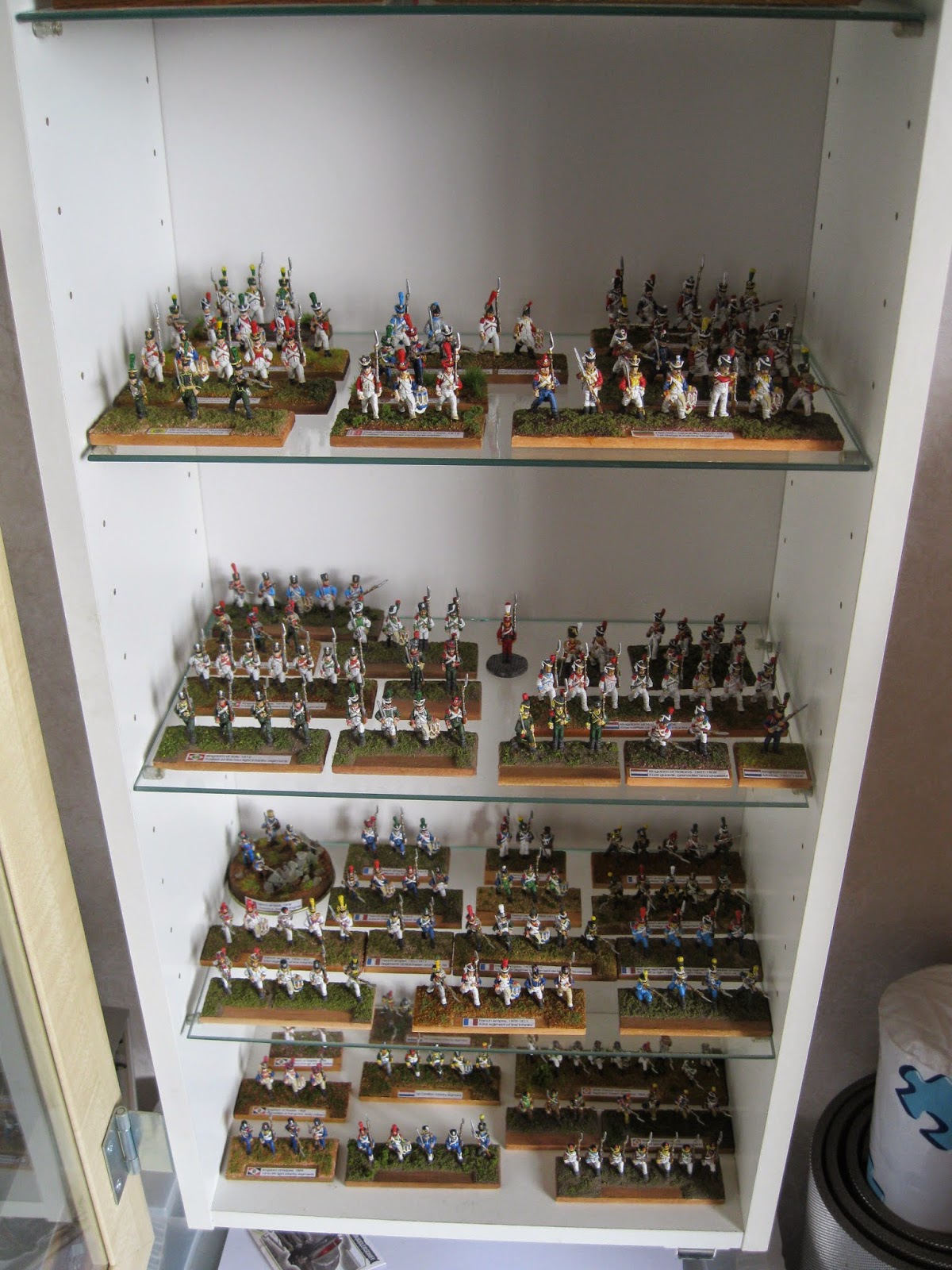 And that's not even half of the complete thing. Buying another cabinet will become inevitable.

Meanwhile, I've made some more progress in my Pre-Bardin uniform project. Advancing with the Italian units, I hereby present the conscripts of the guard (the guy in the completely green uniform is from the regimental artillery company)... 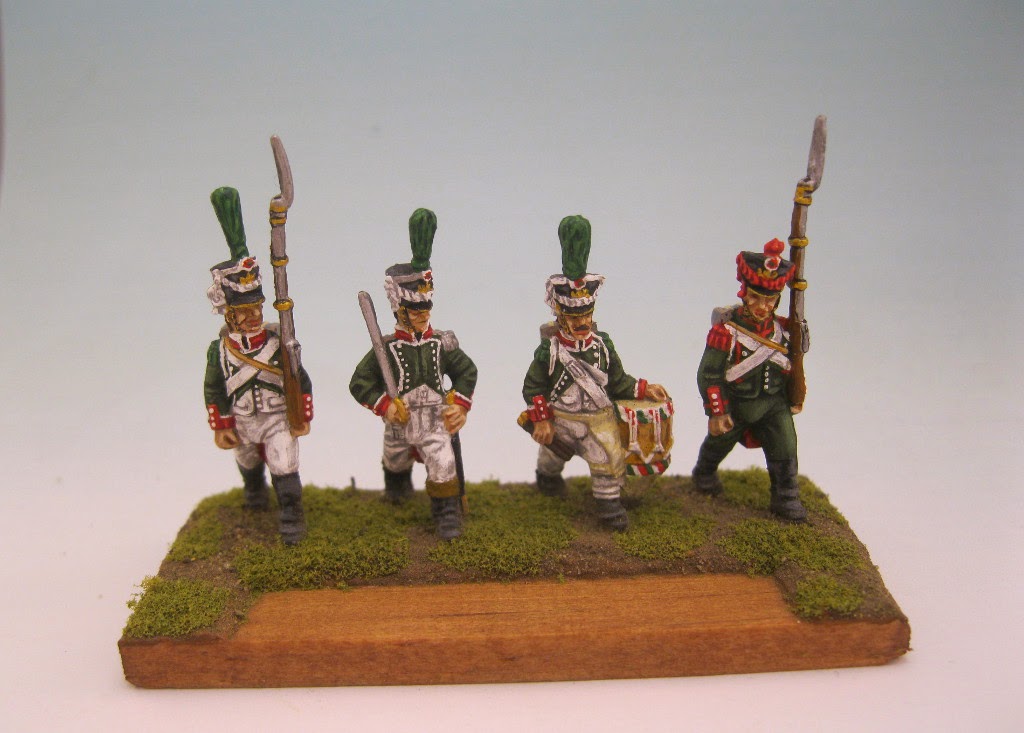 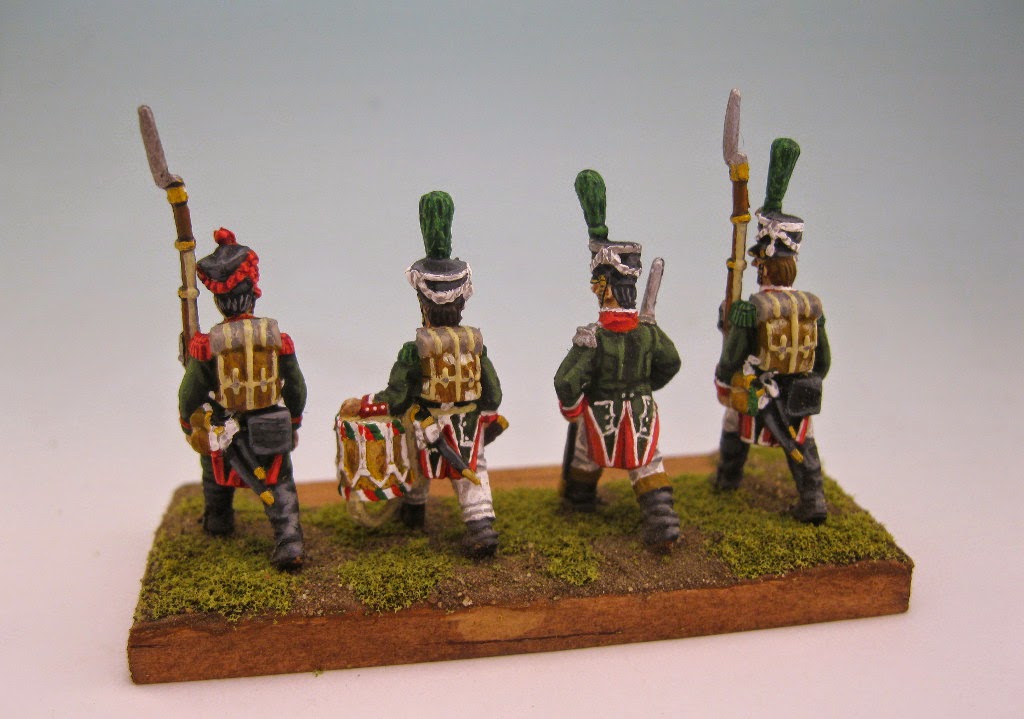 ...and to add some more colour, I also present you the guards of Milano: 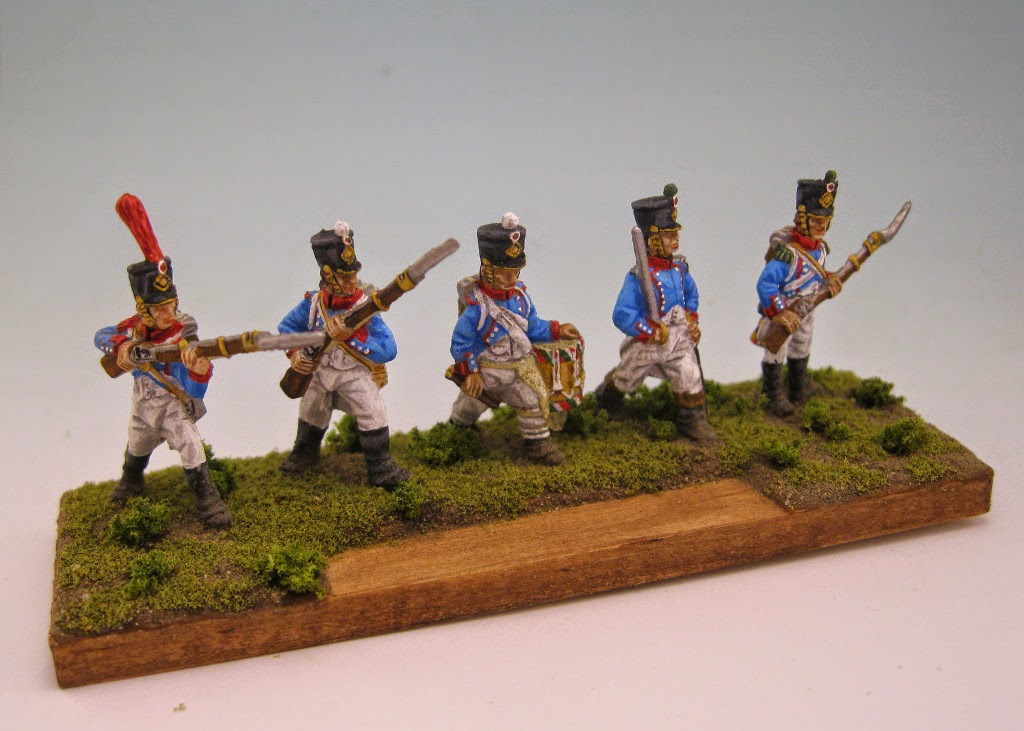 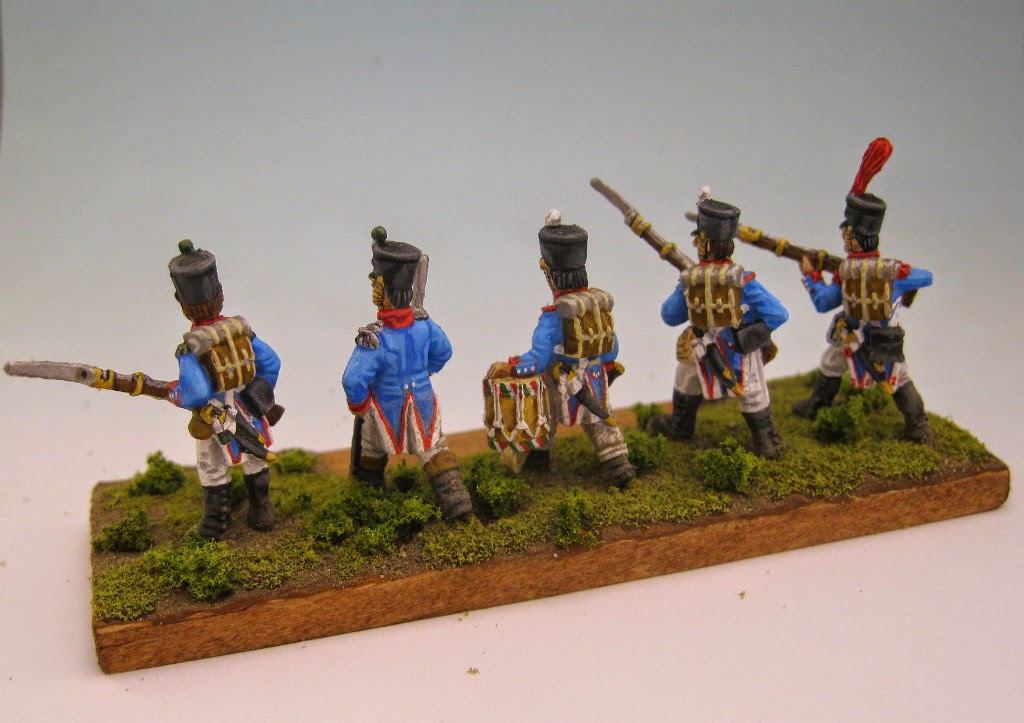 Still on my desk are the guard grenadiers, the 1-7th regiment line grenadiers, the coastal guards and the colonial batallion. When I have finished them, it's gonna be 50percent day to the project. :-)

In addition, I have made a decision on how to go on regarding the French reserve companies. I'll create a display with 28 foot soldiers, representing all of the original 28 legions plus an officer and two or three drummers. A 30 figure display will certainly look quite brilliant.

But at first, it's moving time. My family and me will move to a different house on May 1st, so it's less painting and more packing time. Wish me luck that everything will survive that moving action in good shape.

Since I started to paint Napoleonics, I have collected a lot of different figures. Among them, I have three figures representing the famous Napoleon Bonaparte himself - two from Strelets, one from Alex. And, strange enough, I have never ever fully painted one of them. Until now.

As I mentioned two posts back, I participate in Jan's (MaBo) great FIGZ-related project 'Benno's figures forum famous Waterloo project'. As time passes quickly, many different figure painters have already shown their great additions for this project which will bring a multitude of Napoleonics onto a special display at FIGZ2015 in Arnhem - in remembrance to the 200year anniversary of the famous battle at Waterloo.

First, it was planned that the Napoleon figure for the project should have been the one from the Strelets French foot staff set, but the decision was switched over to the one that Alex had modelled to be the speciel collectors figure for last years' FIGZ. Following a different example, I cut it off from its' original base and put it onto a small coin base. 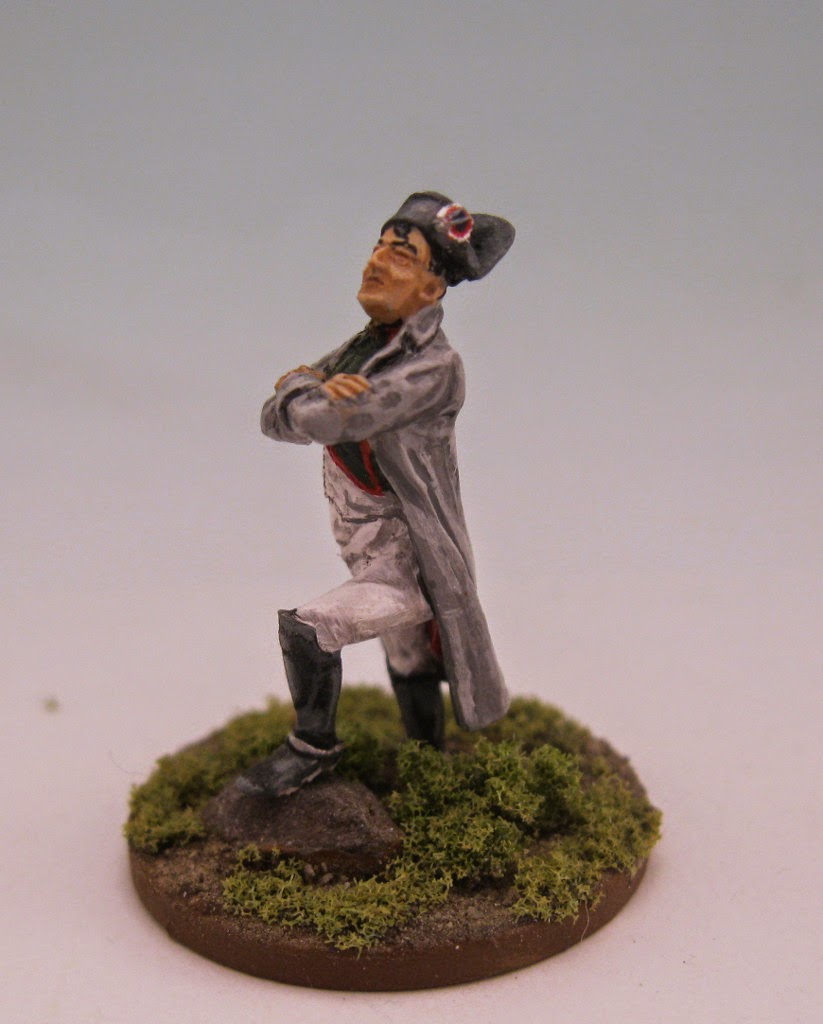 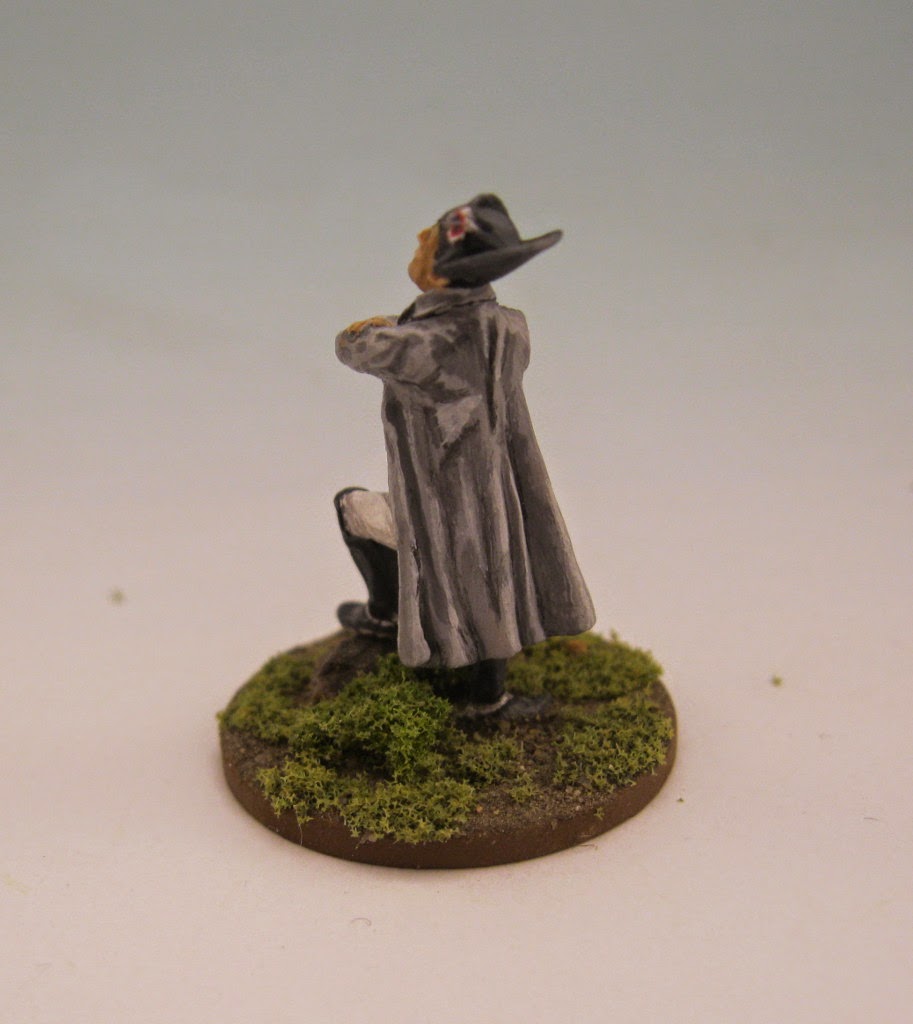 Here he is. Ready to lead the troops. But as we all know, every commander needs someone to assist him with the burdens of the day - well, Napoleon had a valet, a Mamluk who followed him everywhere and was also responsible for the emperors' close quarter protection. 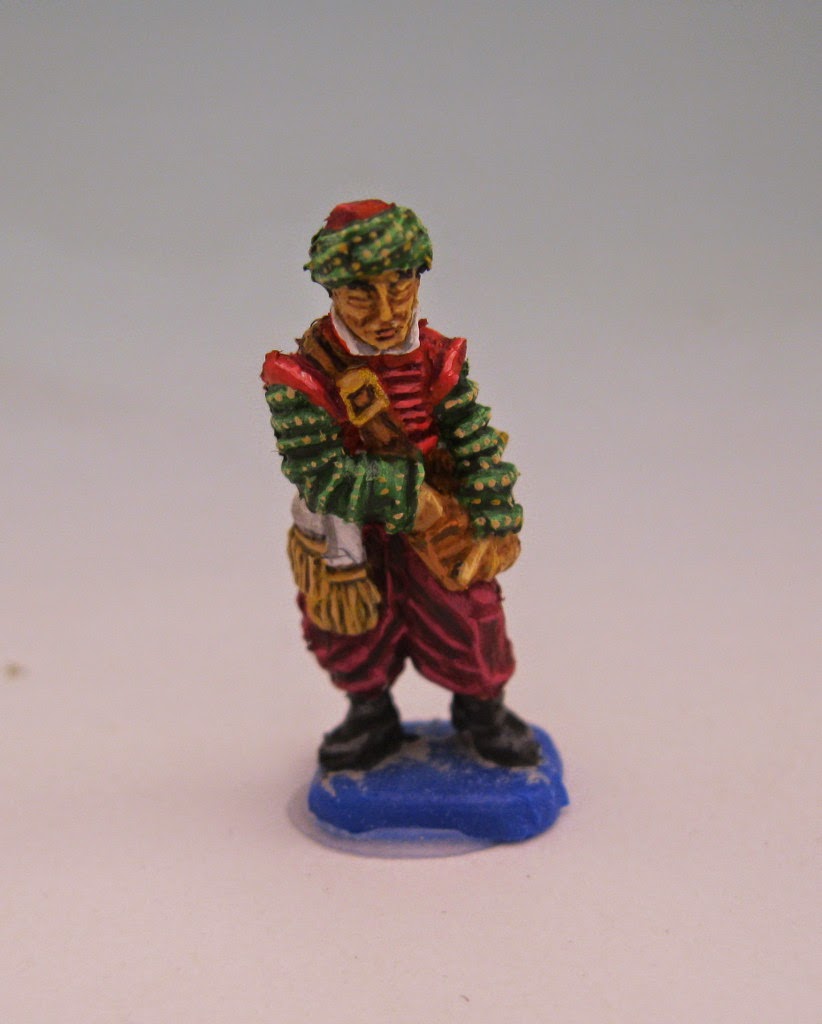 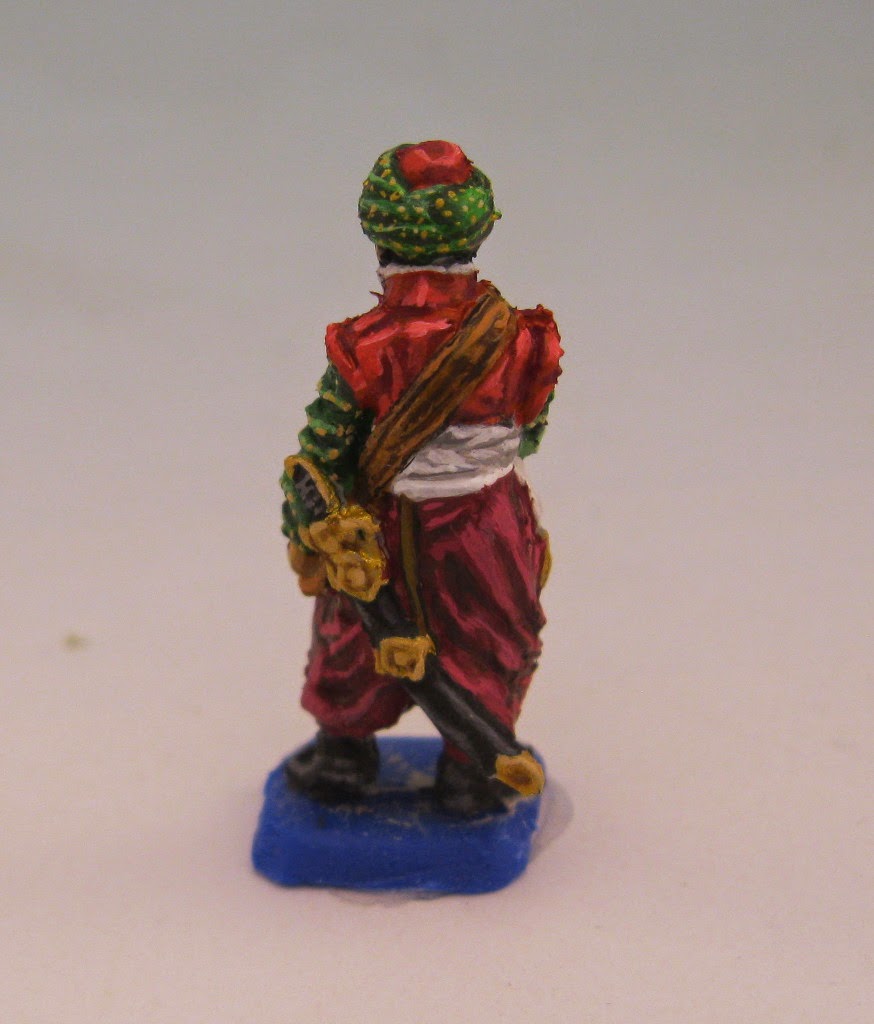 This figure ist from the Strelets French foot staff set, one may clearly see the difference in modelling style. Nevertheless, a nice figure except from the fact that it's hard to get that certain line of extra plastic clearly off from the figure. 'sigh'
However, it looks quite pretty - perhaps because it's an exceptional dress. 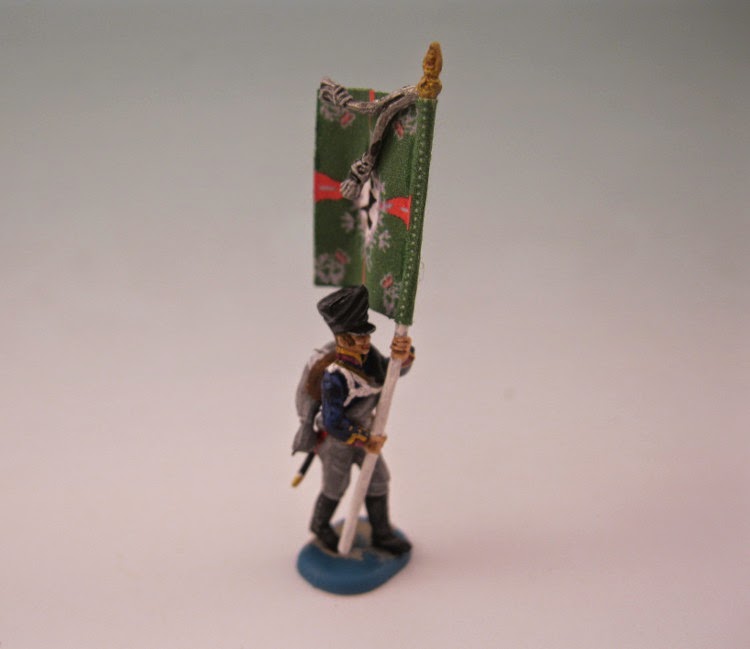 All figures are ready to go. I must just find a suitable way to ship them. And I'm really looking forward to see the complete 'team-work' at Arnhem this year.
Posted by Zed1 at 7:20 AM 4 comments: