Italian military always seemed to have a strong relationship to their imperial Roman ancestry. How else is it to explain that they called this light infantry of the guard 'velites'?

In the republican roman army, velites were light skirmishers, armed with short throwing spears. The veliti of the army of the Kindom of Italy were, of course, armed with muskets. ;-) 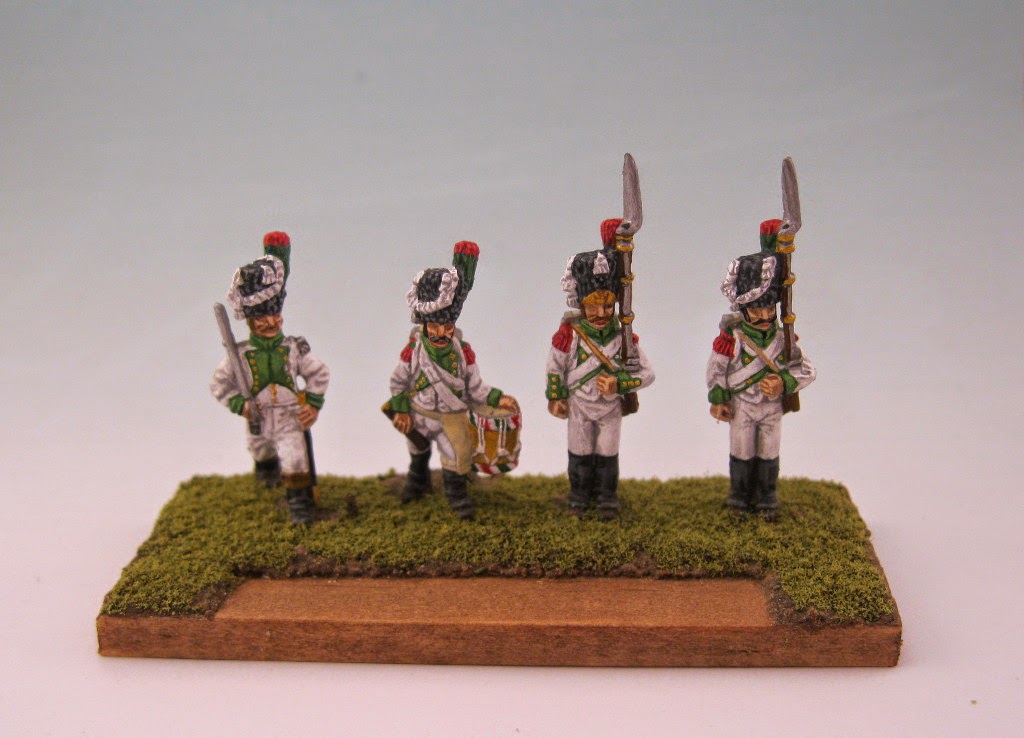 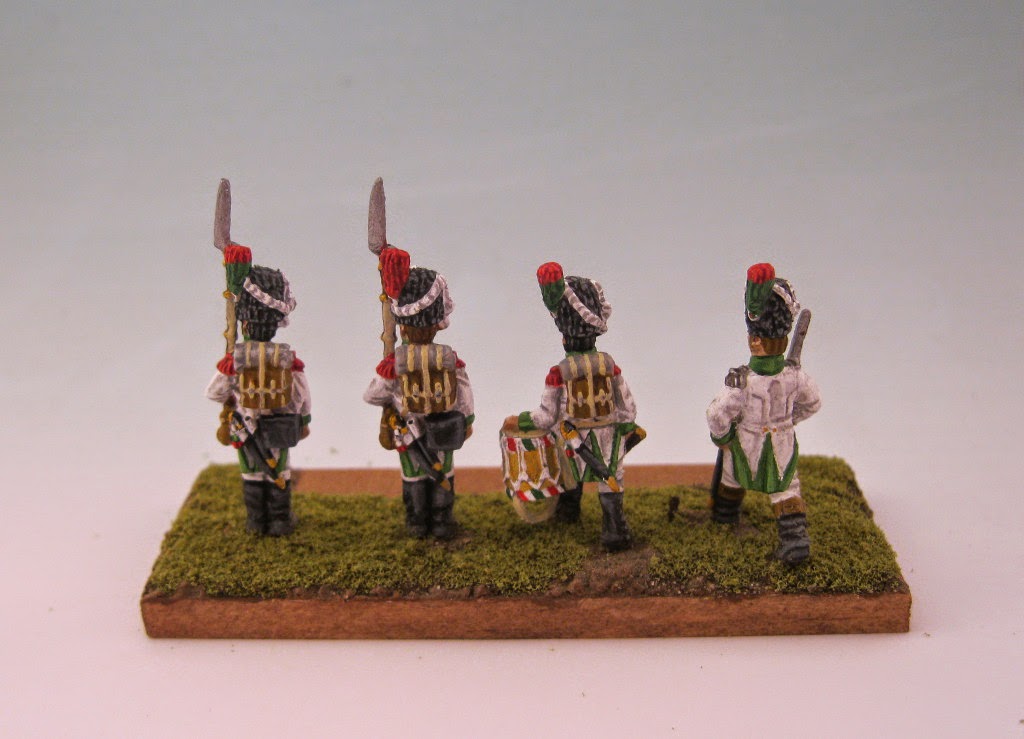 In the very first days of my Pre-Bardin-Project, I painted one of the velites - this was just before Remco from Bennos' forum popped up with the idea to put my figures onto decorative bases. As refurbishment was no option, I decided to paint all Italian units all over again.
This is the result for the velites of the guard. 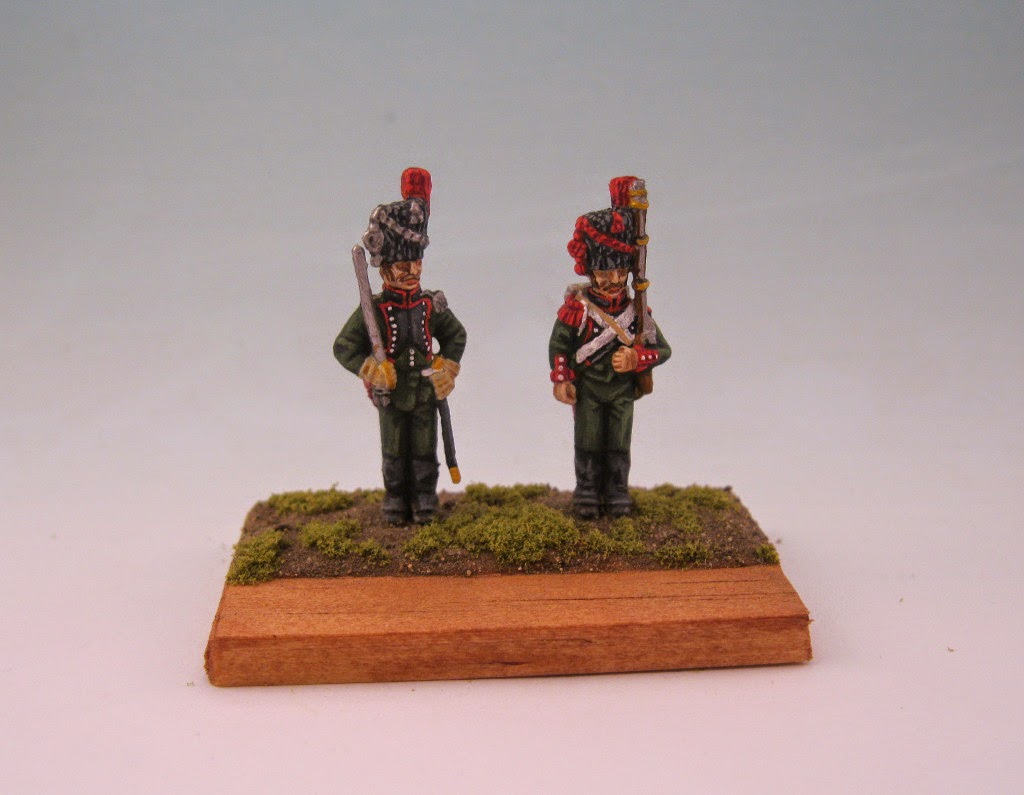 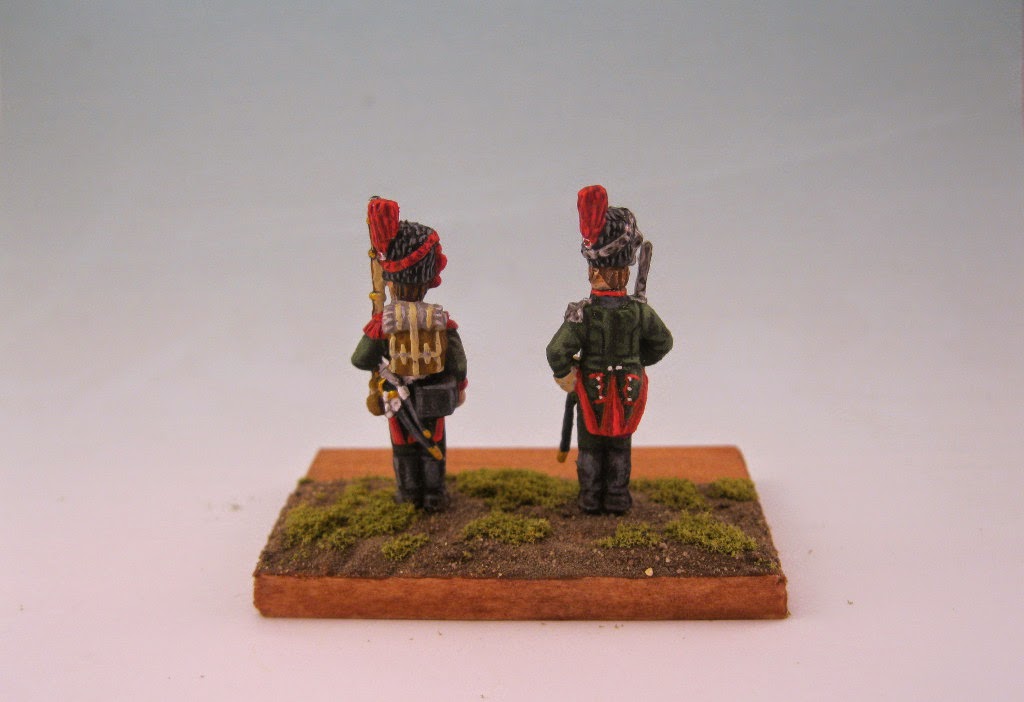 A uniform colour combination which I really like, is the dark field-green and black of the guard foot artillery. This display shows an artilleryman and an officer, because I haven't found a picture of the belonging drummer. Although in many Italian units, the drummers had no special uniform at all, I simply didn't want to guess.

However - I should keep in mind to build up a cannon with crew of the Italian guard. Would surely look marvellous.


Whatsoever - as I'm up to paint Napoleon and his Mameluck for the 'Bennos' figures forum famous Waterloo project' plus I have to start with competition figures, the spare time for finishing more Italians is quite limited. With a little luck, I'll have my Baden infantry ready until FIGZ, but that's quite optimistic.

The current status for my Pre-Bardin-Project is:
400 figures to be painted in total
179 finished
221 still to be done

In fact, this one will keep me busy for a longer time then I have ever expected. ;-)
Posted by Zed1 at 8:13 AM No comments:

Jan (MaBo) from Bennos' forum had a nice idea. Because of this years' 200 year anniversary of the battle of Waterloo, he wanted to create a display that shows all the troops that fought there, represented by painted figures from all different 1/72 plastic figure producers.

The results shall be showed at this years' FIGZ exhibition in Arnhem, June 7 (www.figz.nl).
Many forum users from all over the world started to paint their contributions. Every unit type is represented by just one single figure. Until April, they will send their works to Jan who shapes them all up for the display. This is a really great international hobby project, bringing together people who have never met each other in real life.

I'm participating in this project as well. My contributions so far: 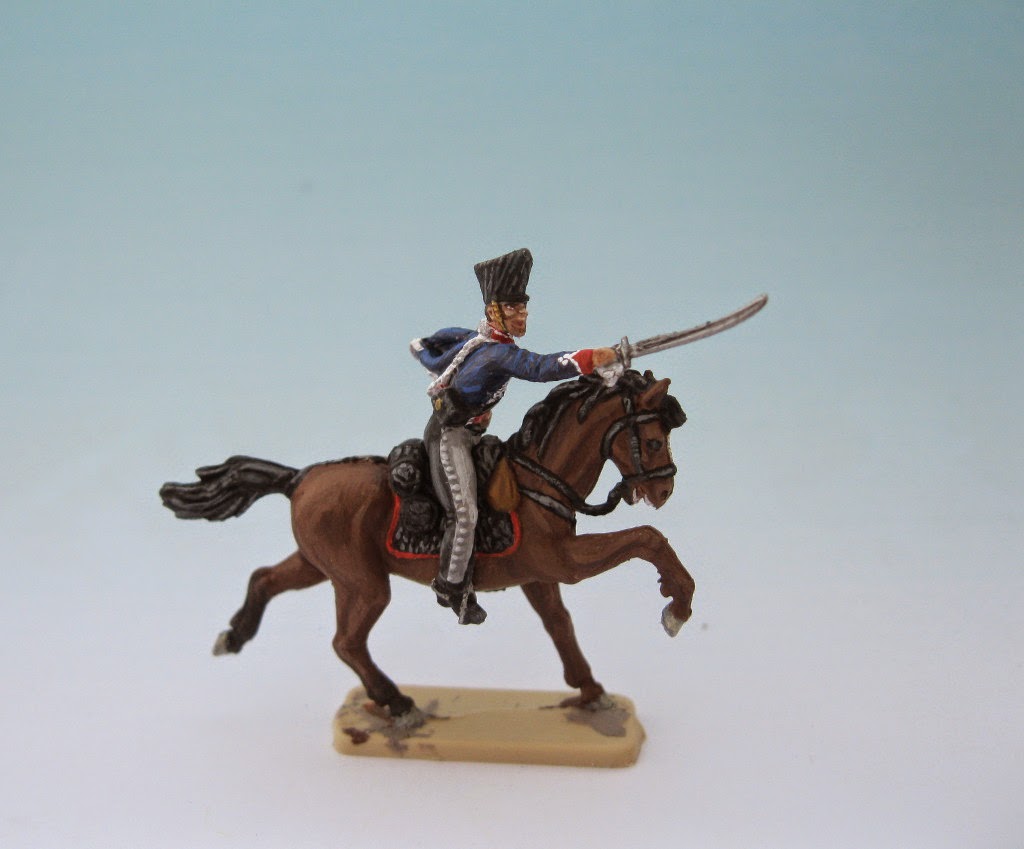 I'm also painting a Prussian line infantry flagbearer for this project and - perhaps - some other things. You can watch the general progress on Bennos' forum under http://bennosfiguresforum.com/viewtopic.php?f=11&t=17102&p=190159#p189625

Next posting will be the Kingdom of Italy guard velites - I'm currently doing the basework.
Posted by Zed1 at 1:04 AM 4 comments: