Well - it took a while, but finally I have once again finished a combined display.

I found some wonderful sites about the Spanish regiments that fought under Napoleons' rule. These regiments were risen in the French occupied territories and saw a lot of action during the Peninsular campaign. The following display shows the seven regiments of line infantry as they existed in 1810. 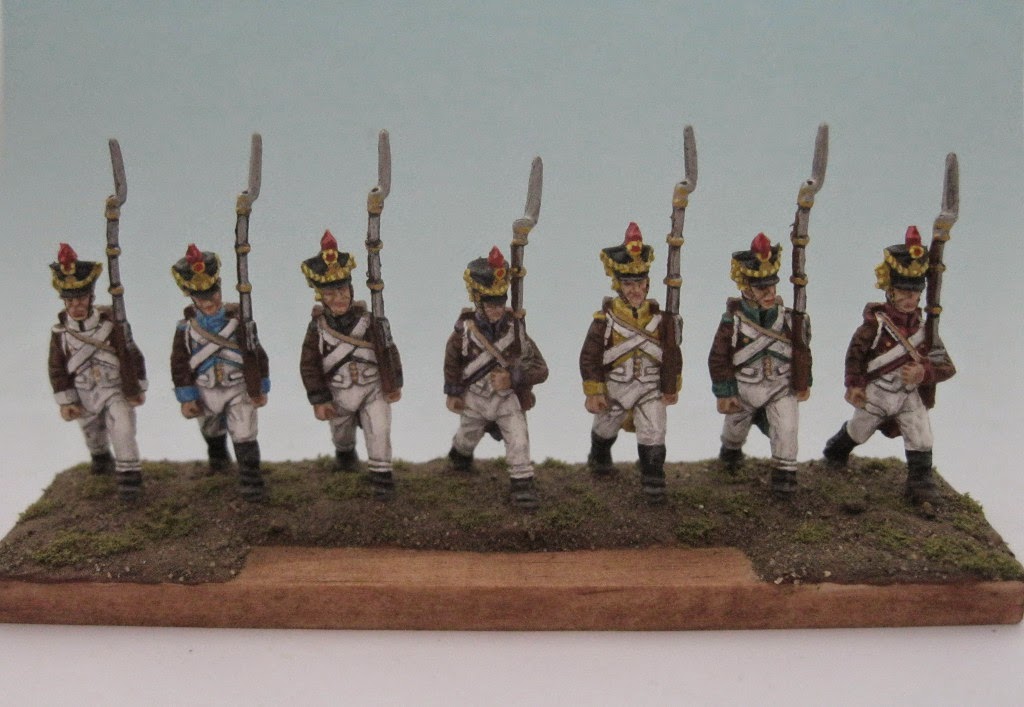 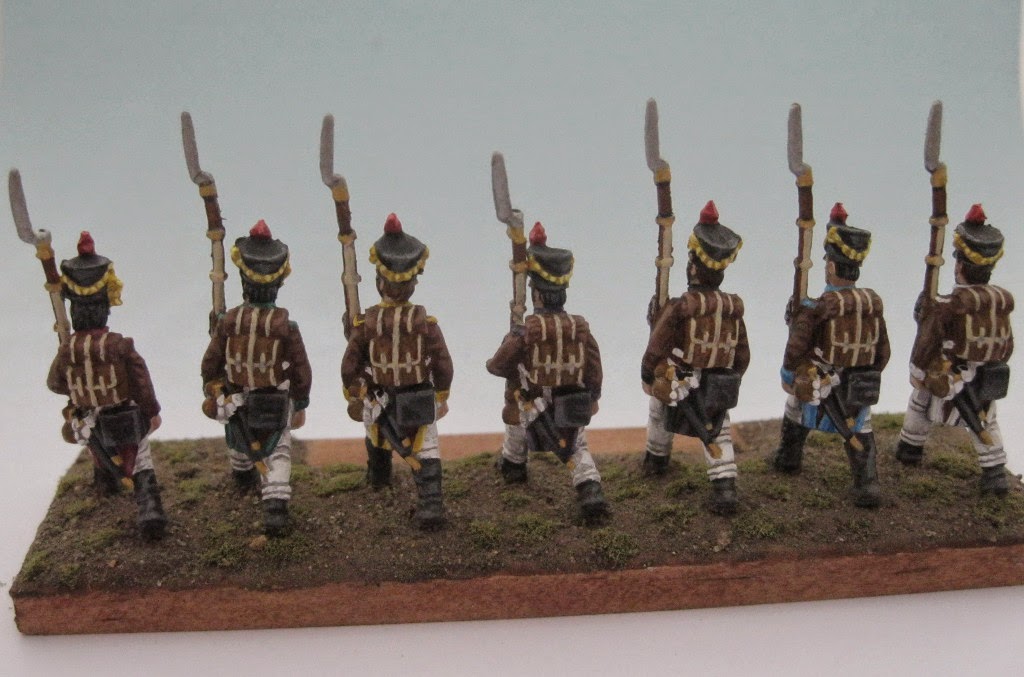 Again, some details are still disputed. For example the distinctive colours of the first two regiments for which I went with the Lienhardt&Hubert version. As you can see, these men represent fusiliers of the seven line infantry regiments of Joseph Napoleons' kingdom of Spain (rest will follow later). Some sources declare white as the colour of the shako cords, some yellow. I preferred to go with yellow although this would mean the Voltigeurs having the same colour on their shakos as well.

I'm going to make a big boost forward in the next weeks, having more then 30 Italians on my desk, all in different stages of the shading/highlighting process. After completing these, my project army will contain more then 200 figures.
Posted by Zed1 at 7:10 AM 1 comment:

For the first time of this year, two parameters have met:
a) I'm at home
b) There's a sunny light that allows to make somewhat good pictures

So I have just taken advantage of this and made some pictures of the last unit that I've finished.
Continuing with the French regiments that had worn white uniforms for a short period of time, I took the only one which had brown as distinctive colours - the 32nd regiment of the line. 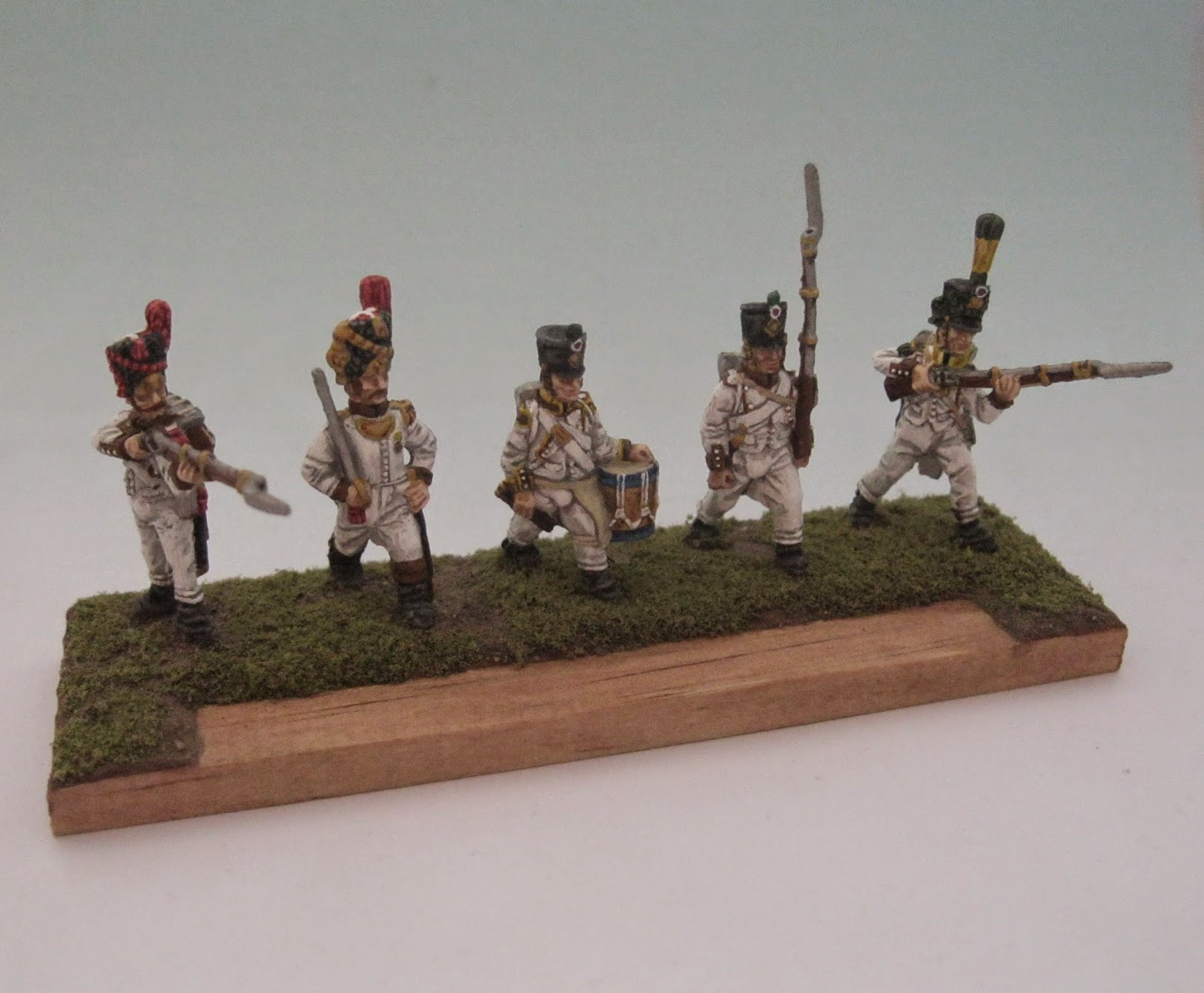 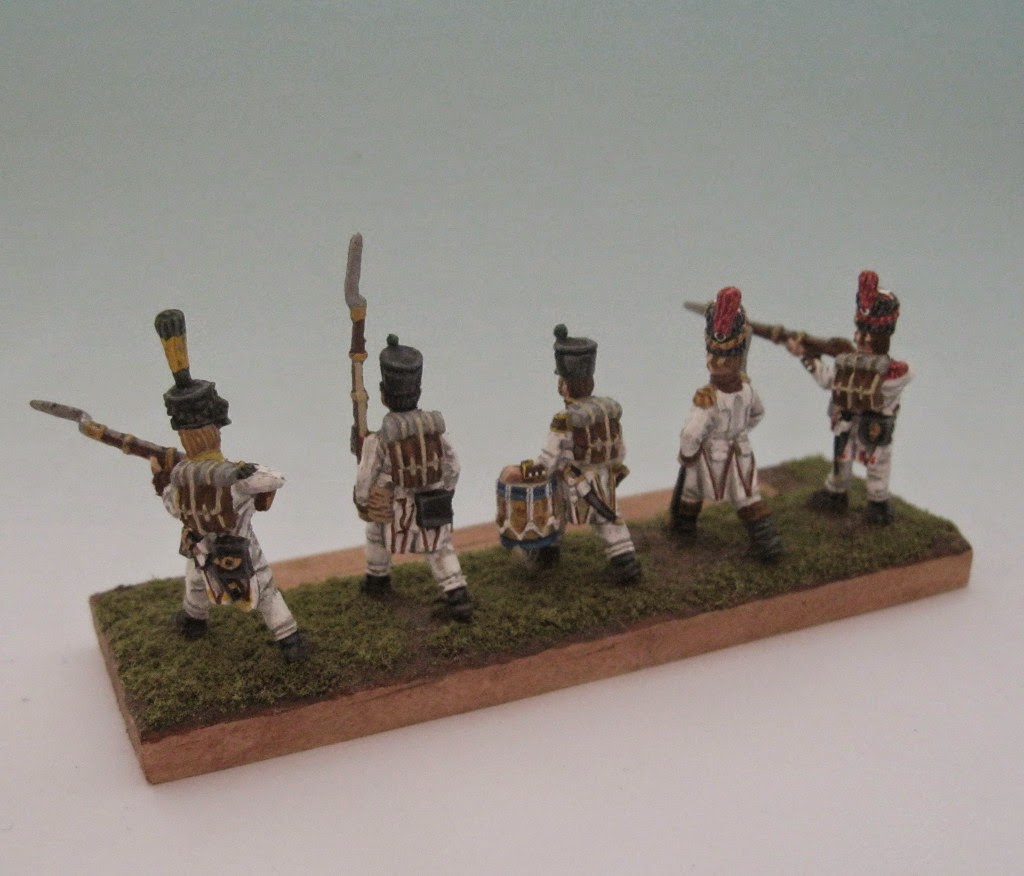 Meanwhile, the Italian army on my desk has went through basic painting works, entering the shading and highlighting phase. Hopefully, the first ones will be ready within the next weeks. I just discover that my job takes quite a lot of focus away from the hobby. 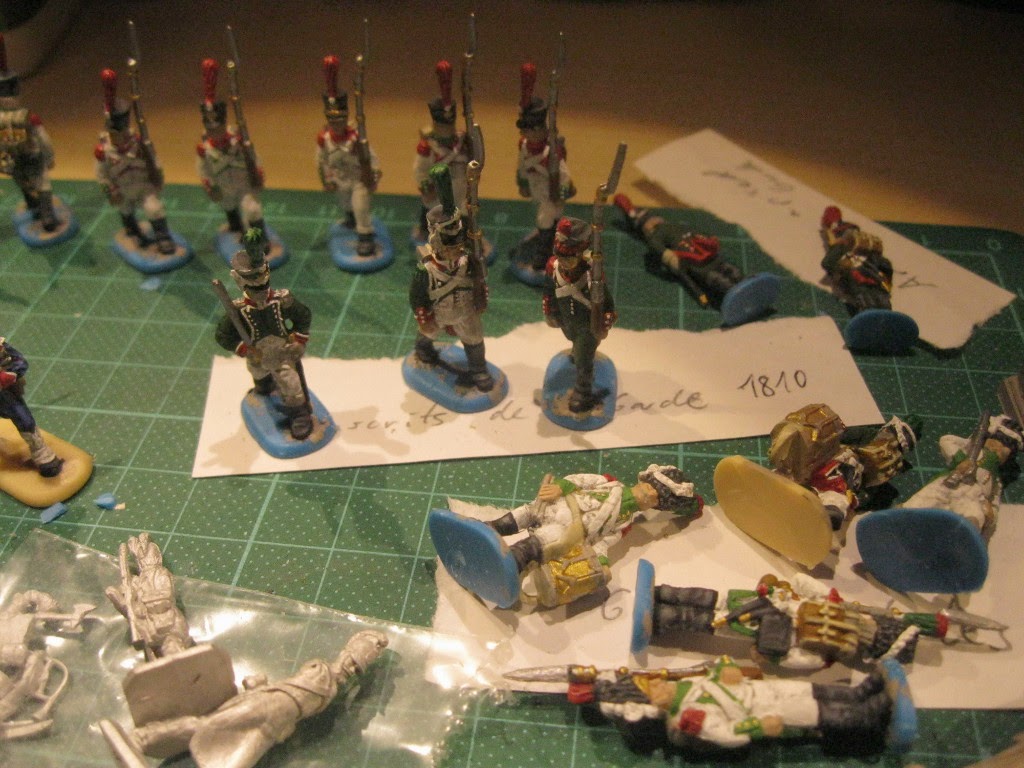 Nevertheless - when this mass painting session is over, there'll be 8 more units on the plate, covering the guard units of the army of the Kingdom of Italy plus some minors, like coast guards etc.
So there's more to come - if you stay tuned, so will I. ;-)
Posted by Zed1 at 1:23 AM 2 comments: