Thanks a lot for coming here! It's always impressive to see how many people seem to be interested in painted little plastic fellows (and my blog is one of the smallest ones).

Well - today I'm going to show you the first results of my Westphalian cavalry conversion project.
I took the fabulous Strelets French cuirassiers, carve off the horsehair decoration on their helmet crests and replaced them with self-made caterpillars. Just like that.

The Kingdom of Westphalia fielded three cuirassier regiments which belonged to the finest European heavy cavalry of their time. They were all nearly wiped out in Napoleons' terrible campaign in Russia 1812 - only a few of them survived. 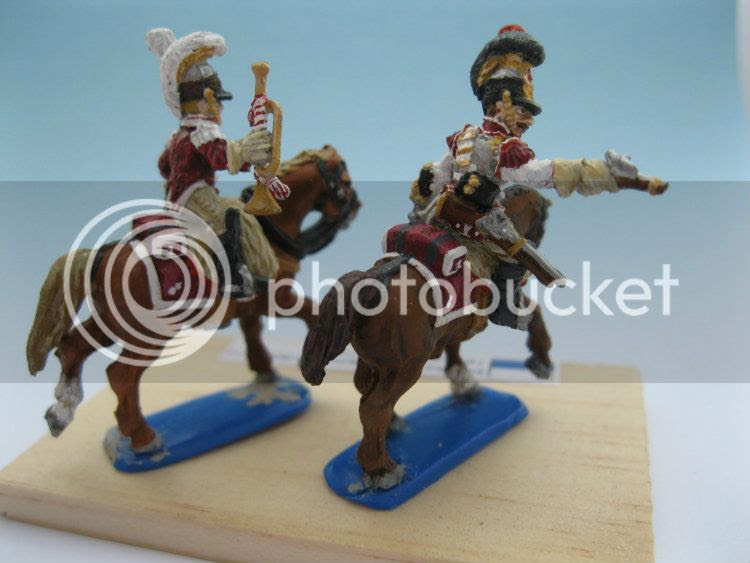 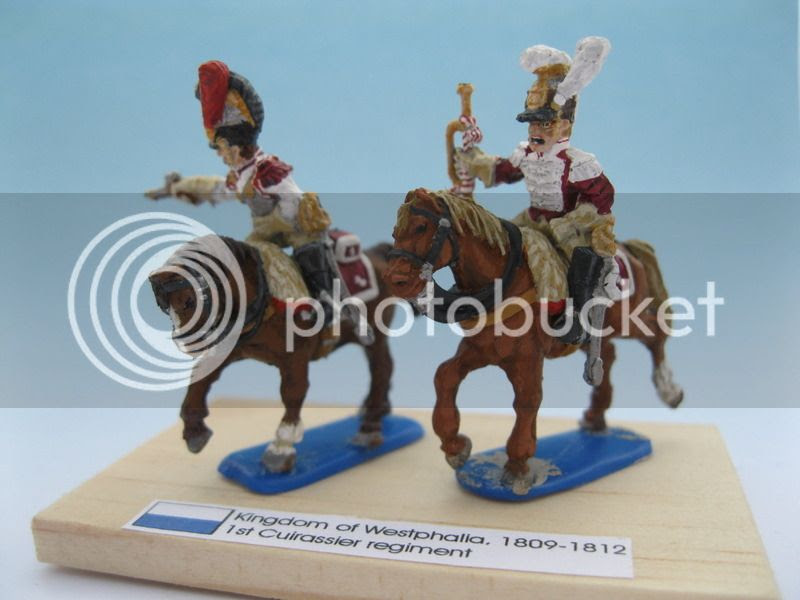 These folks represent the 1st cuirassier regiment. I just put these two figures on a piece of wood to have them representable for FIGZ. I'll remove them from this piece of wood for proper basing when I have painted the whole team, which will consist of 6 riders in total.

Same will happen with this guy: 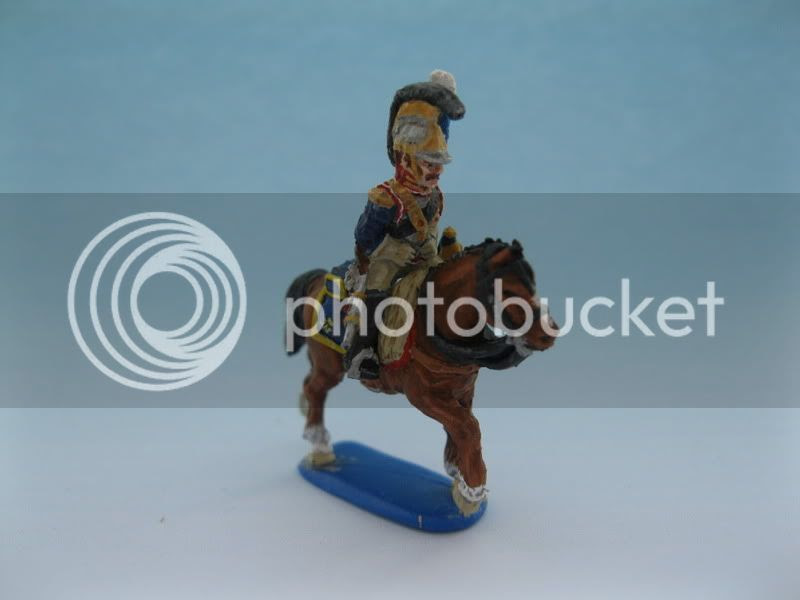 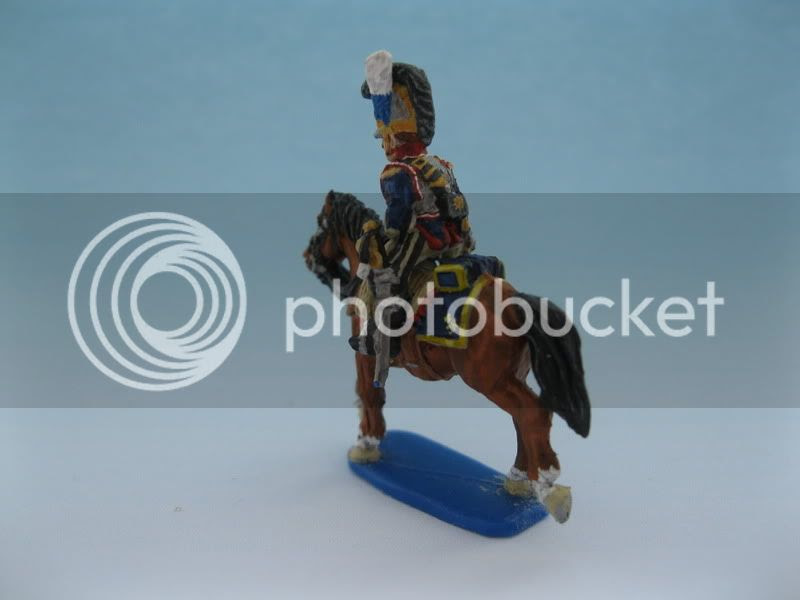 He represents the Lifeguard (or Garde du Corps) regiment.
In addition, I'll have to paint the 2nd regiment fellows, which wore a dress similar to the one of the 1st regiment. Their regimental colours were blue and orange. 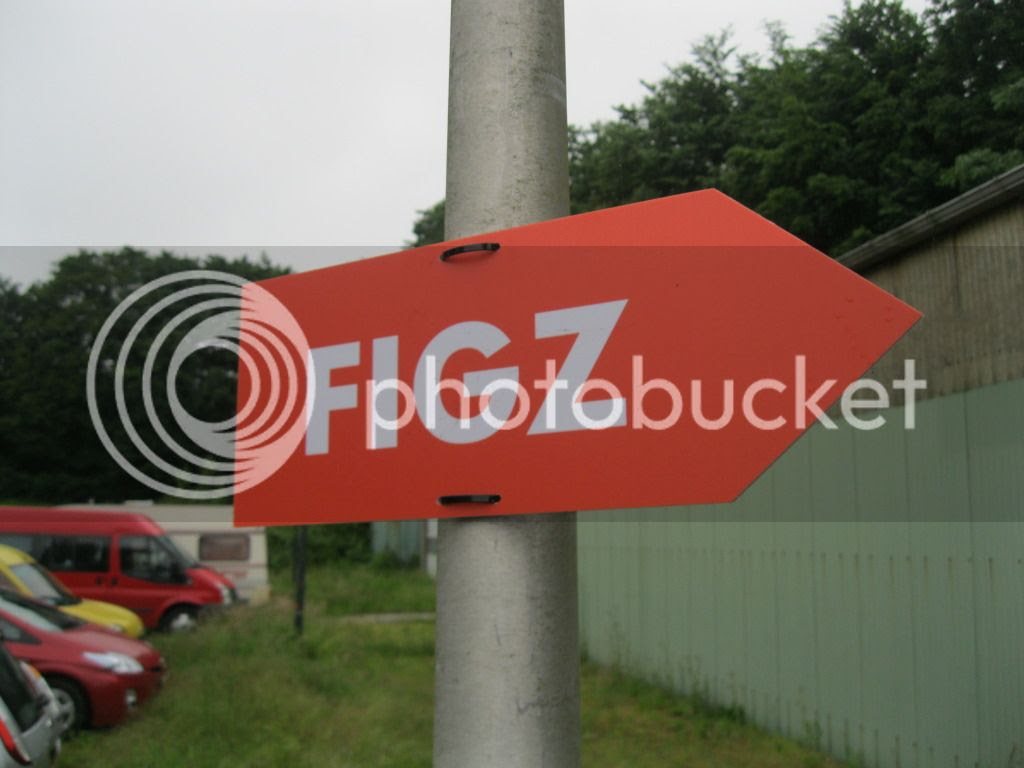 We arrived early in the morning at Arnhem and were welcomed by our hosts, Benno & Remco.
In the showroom, we started to build up our own work - just besides the works of other great figure painters. 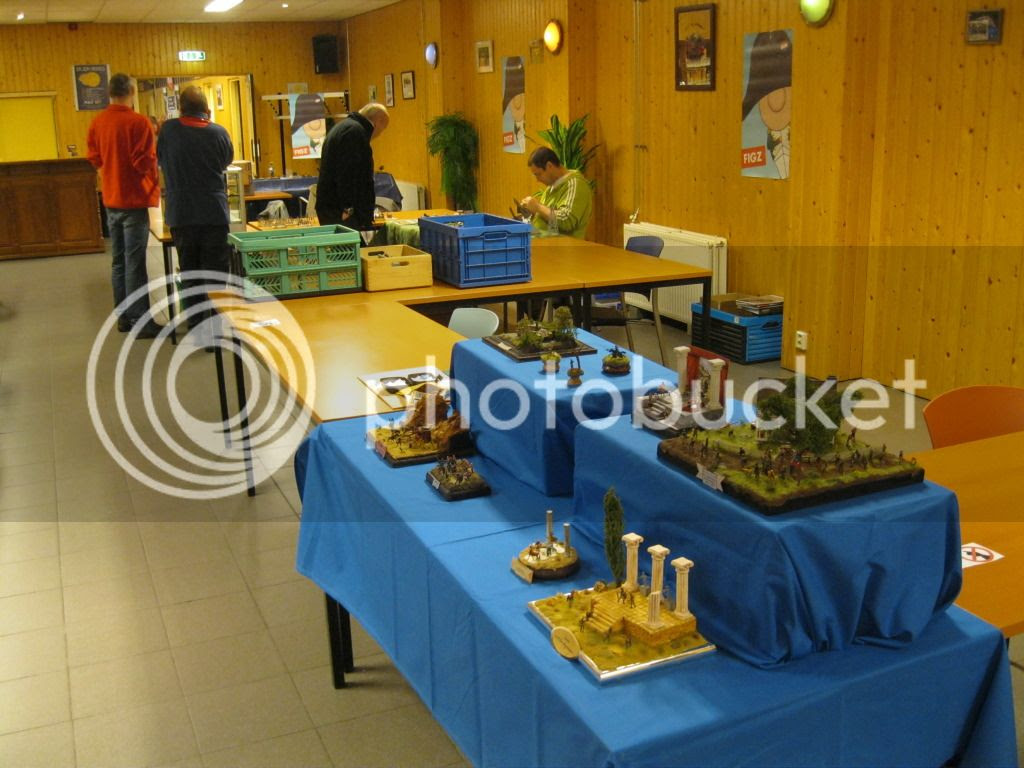 The other room was reserved for traders, wargamers and the competition stage. 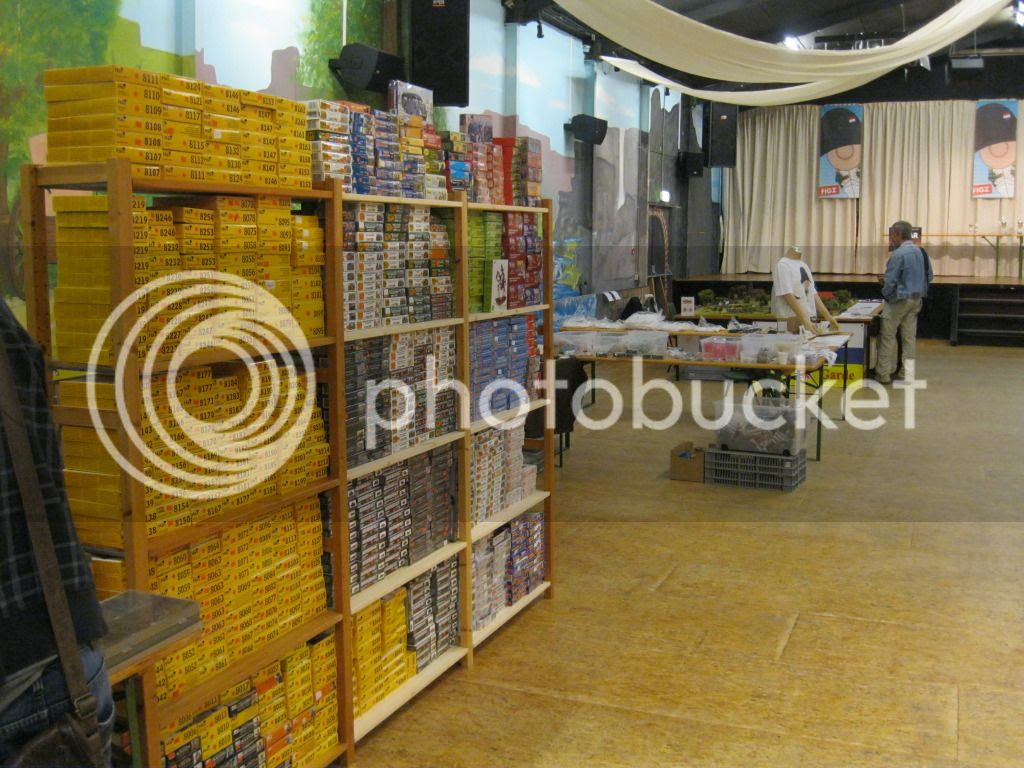 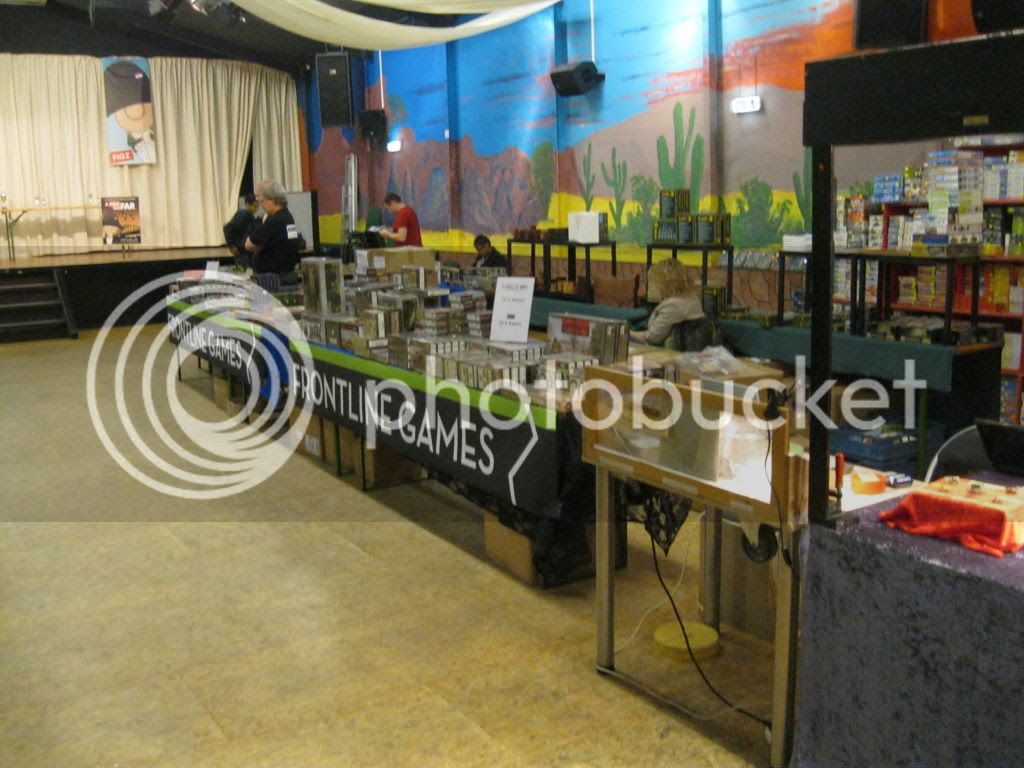 As you can see, there were a lot of ways to spend some money. After all, I just buyed some new brushes and a marvellous ART tin figure from Schmaeling. Plus two single sprues with HaT figures for my project. ;-)
I have been very brave today... 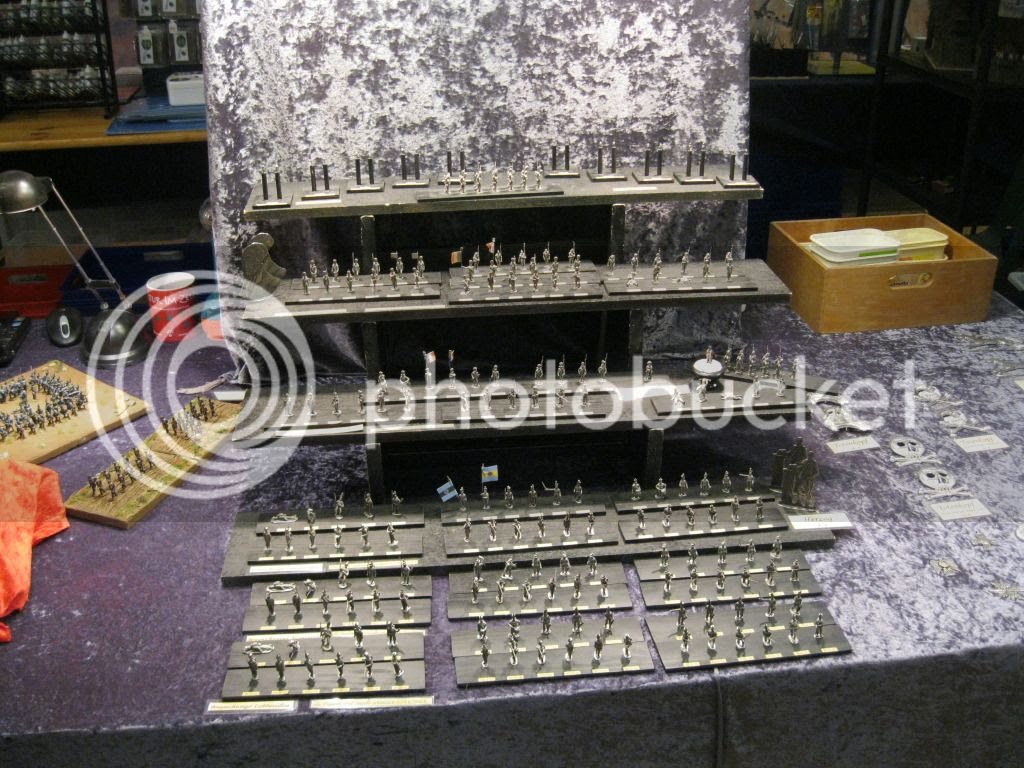 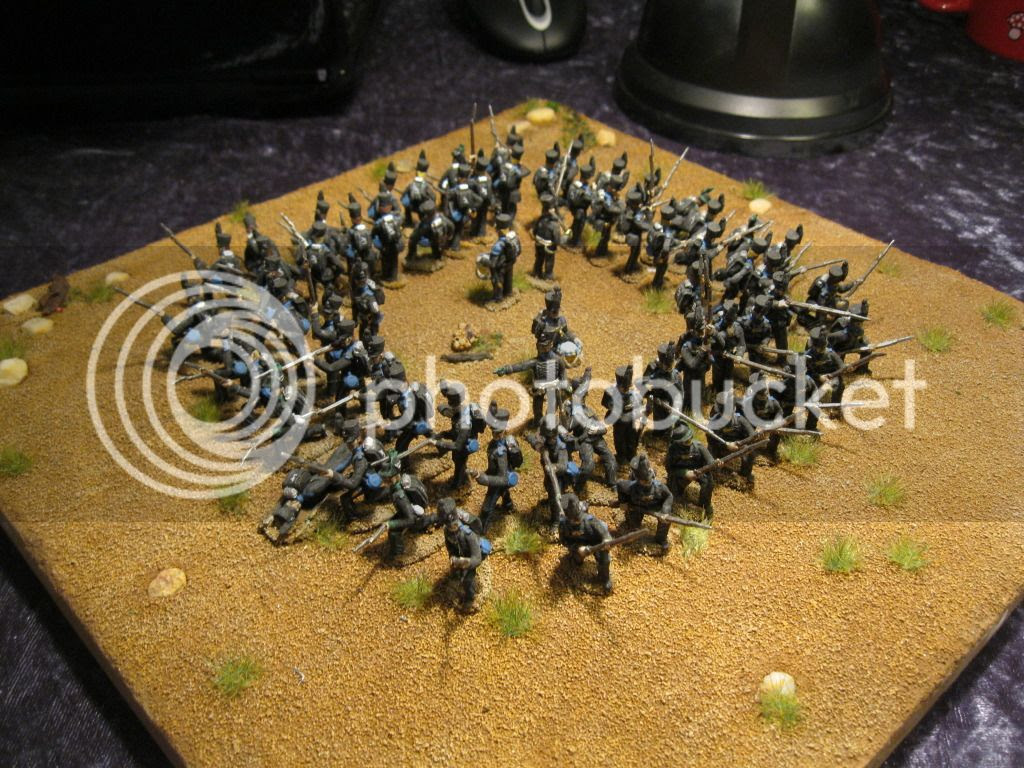 For example, I did not start to collect the fabulous Brunswick infantry from Zinnfiguren Schilling (http://www.zinnfiguren-schilling.de/). Well - they have started to produce French infantry as well. So I'm not sure how long I can withstand spending my money at their booth... 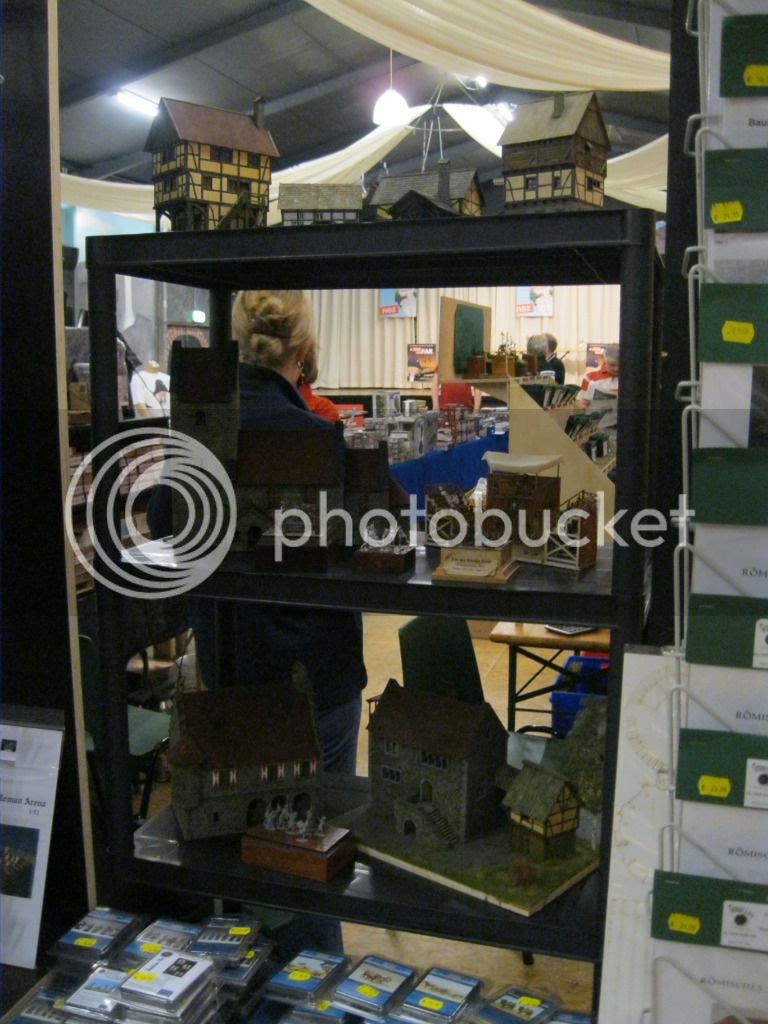 ...but I also withstood to buy some of the great houses that Fredericus Rex has for sale (http://www.fredericus-rex.de/shop2010/index.php) - I have been very brave indeed.

This was my table at the showroom: 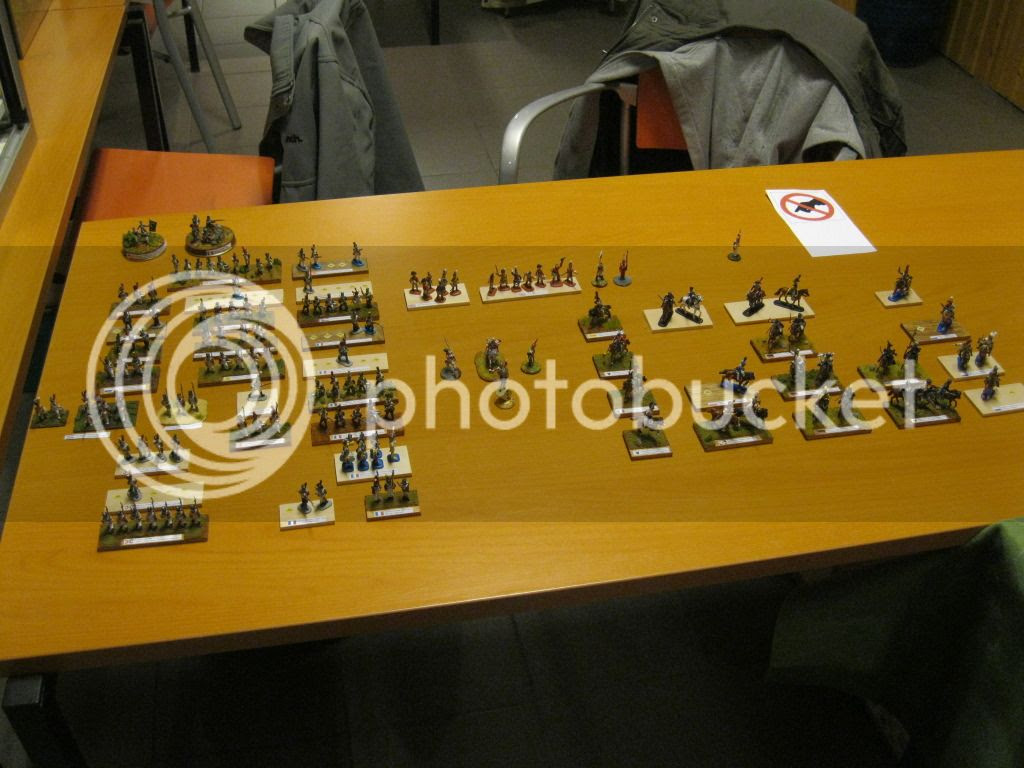 Here I just put up my project work and some goodies.
And here's some great stuff from other painters: 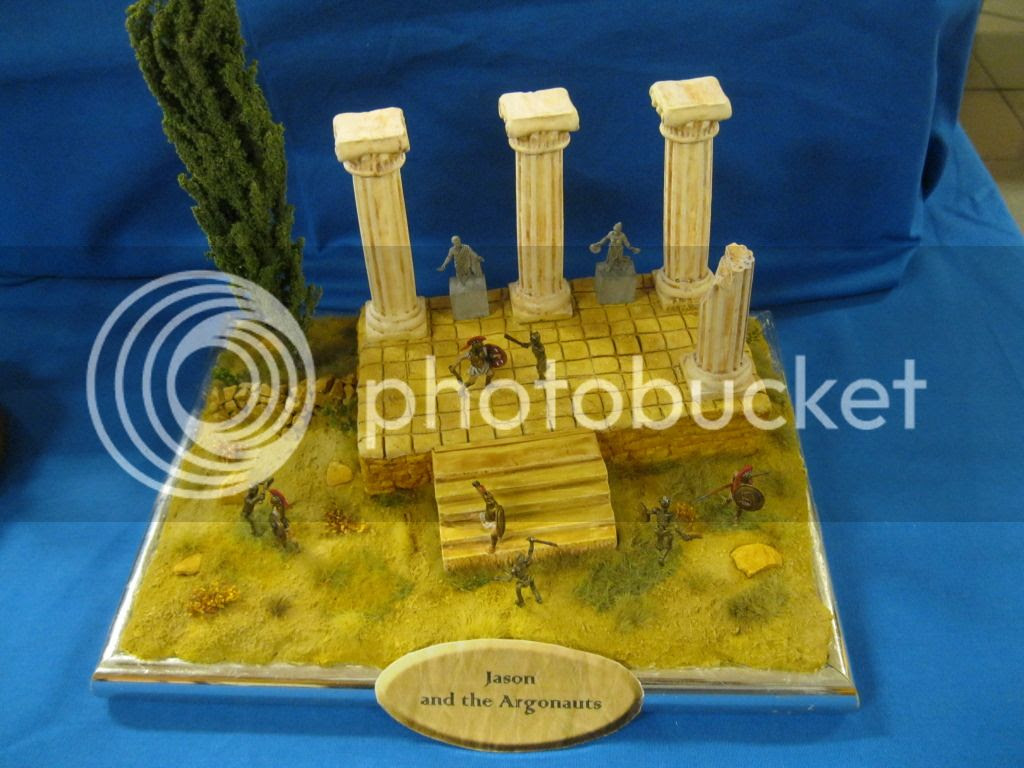 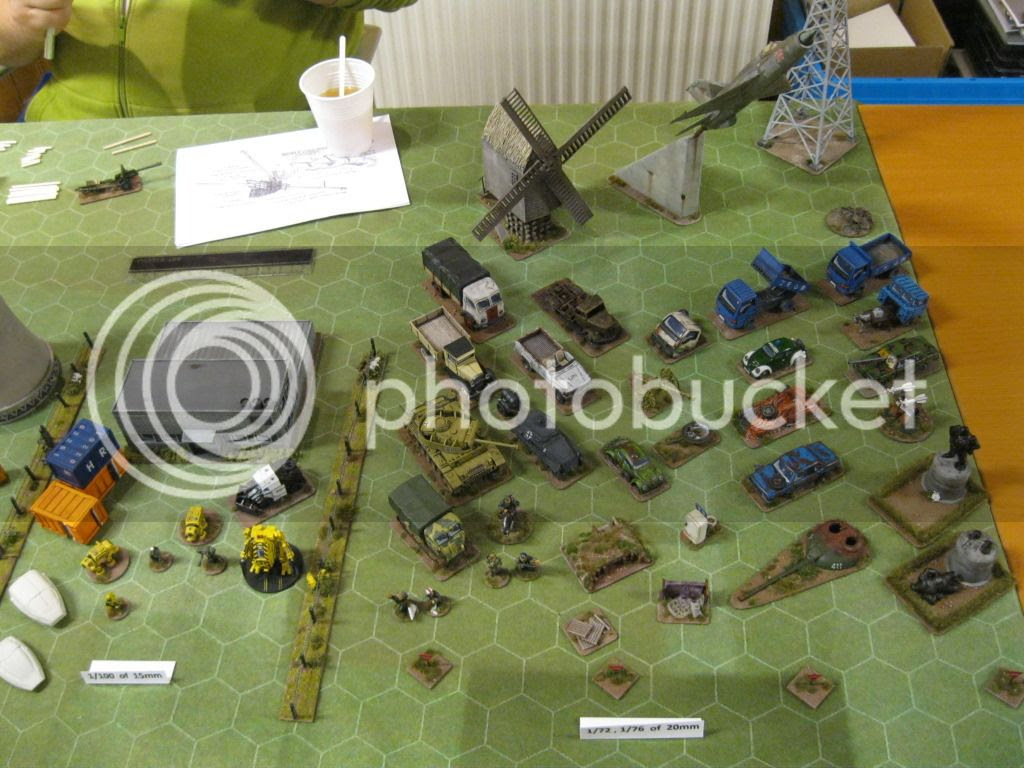 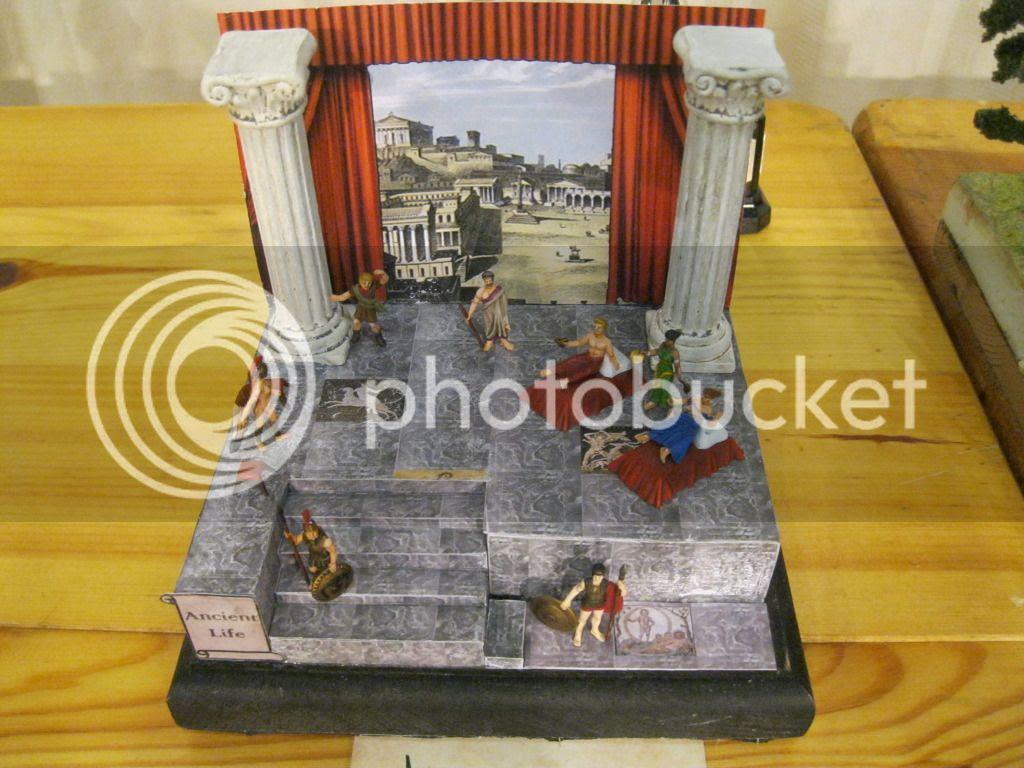 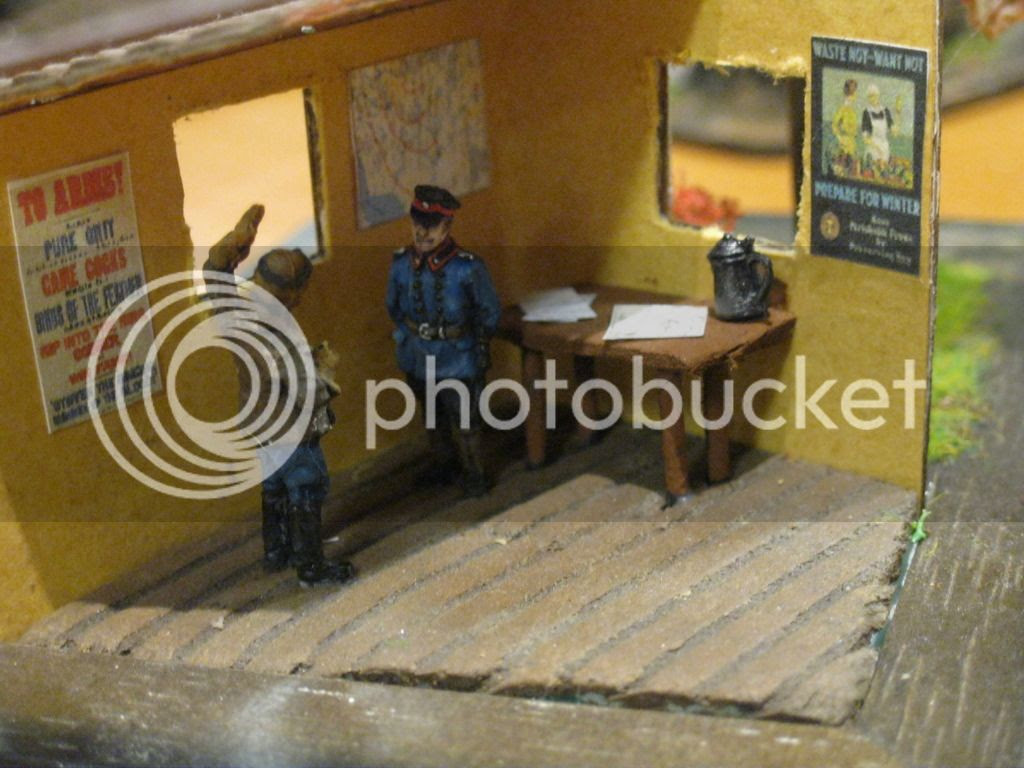 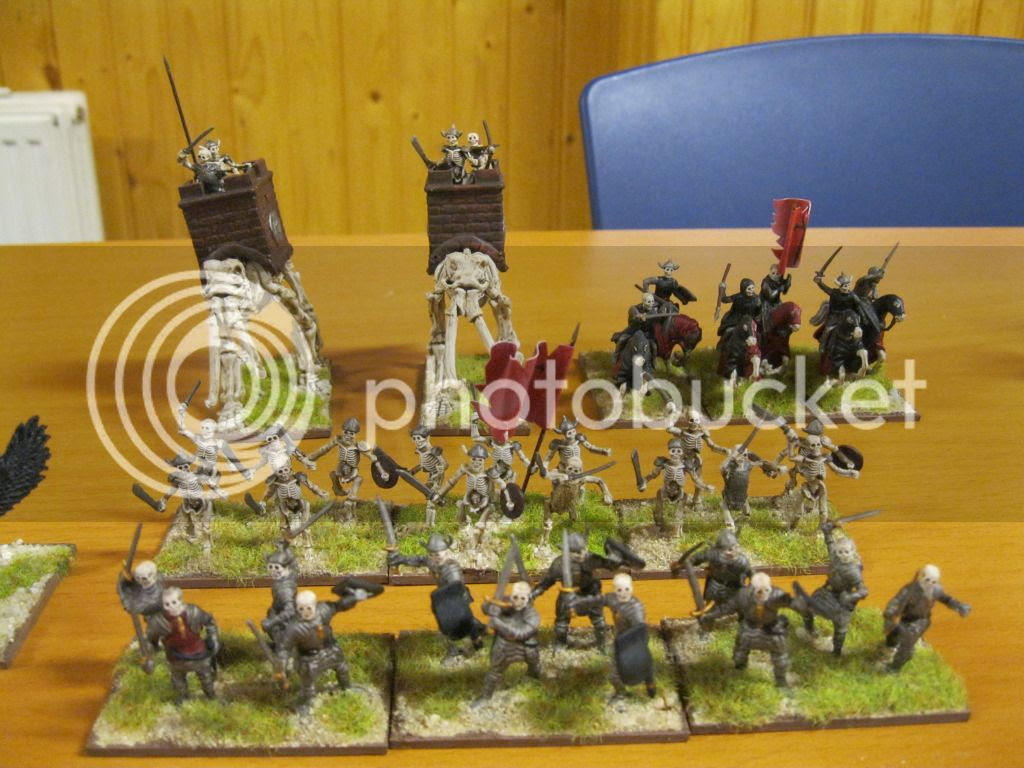 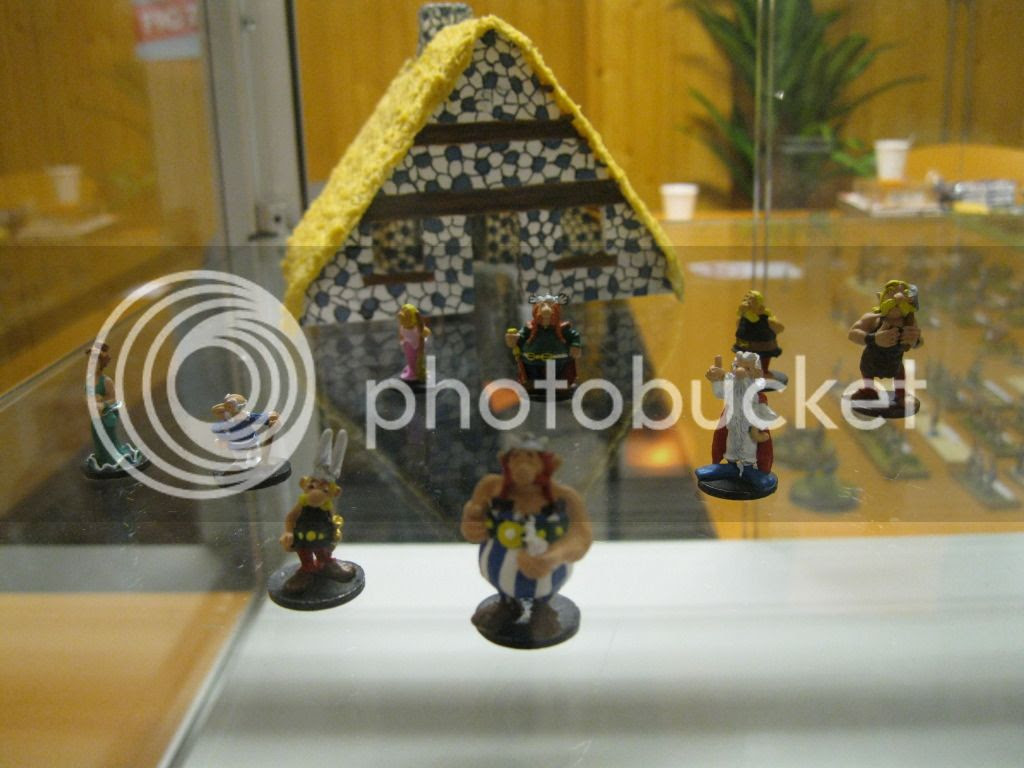 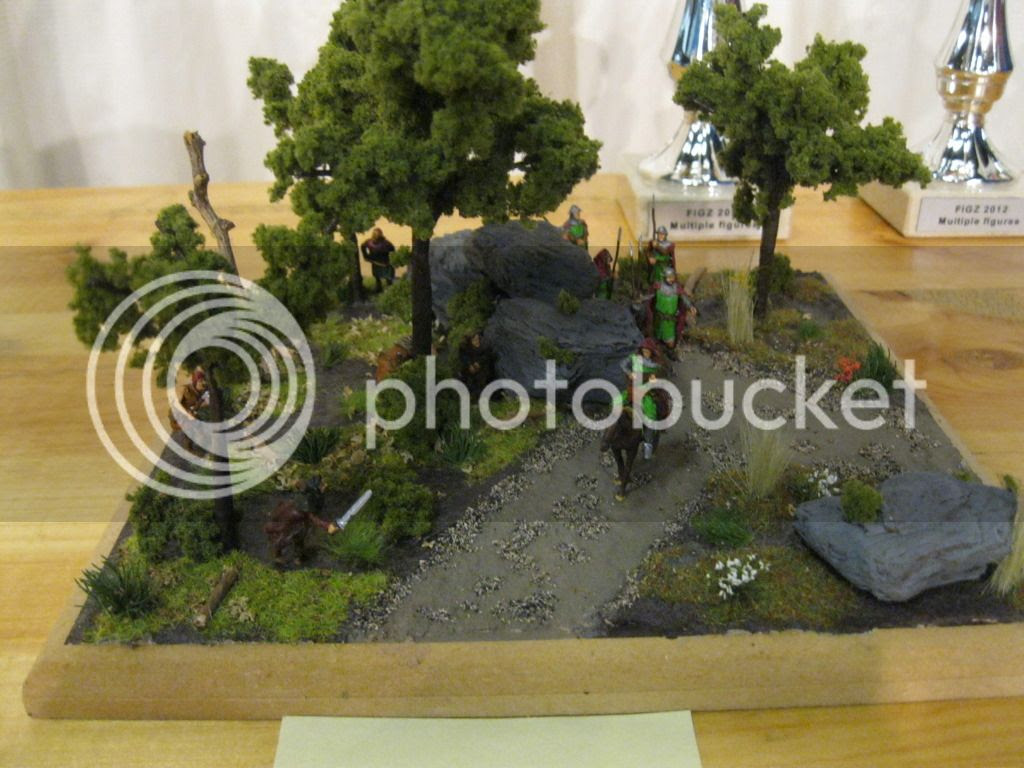 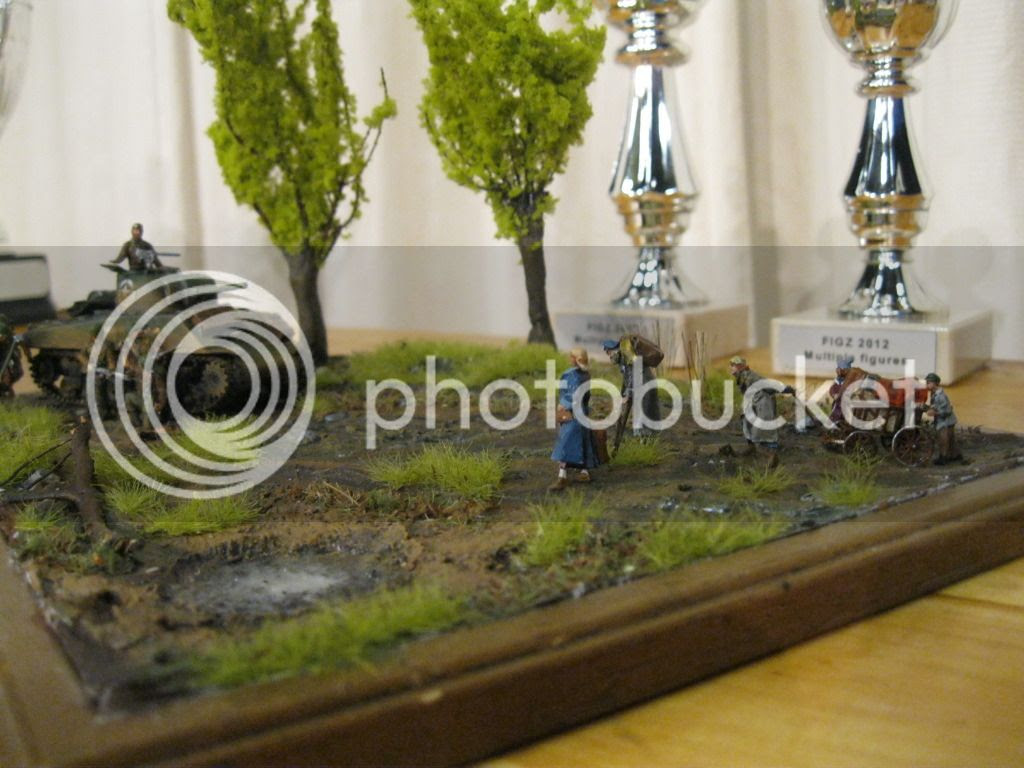 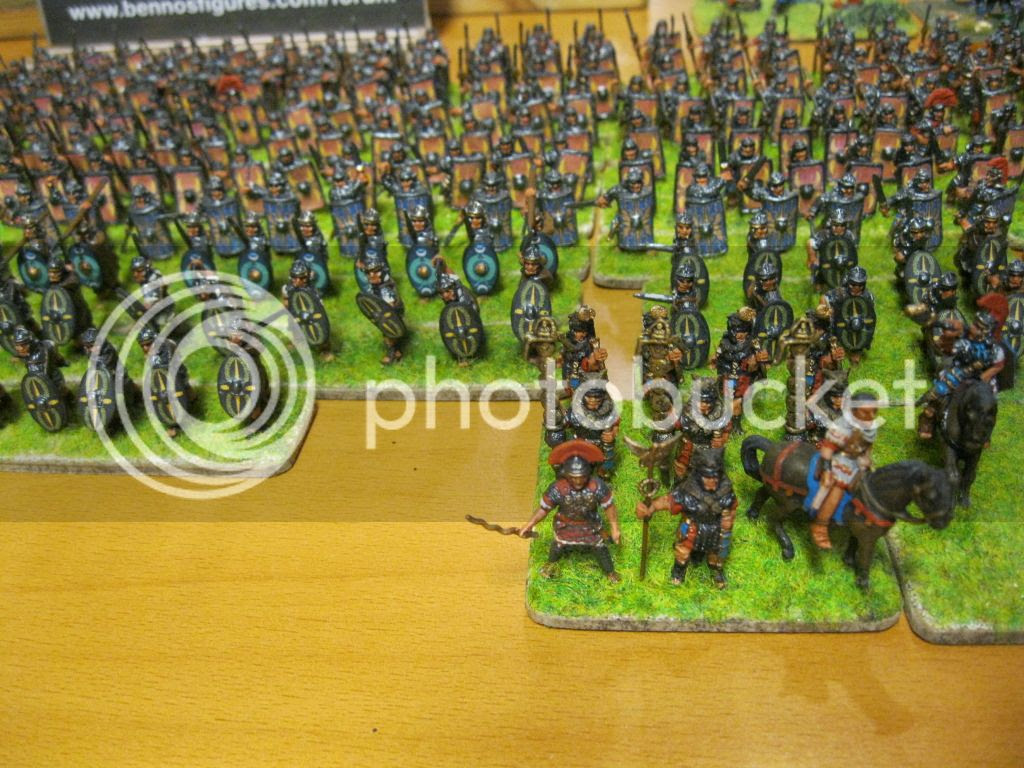 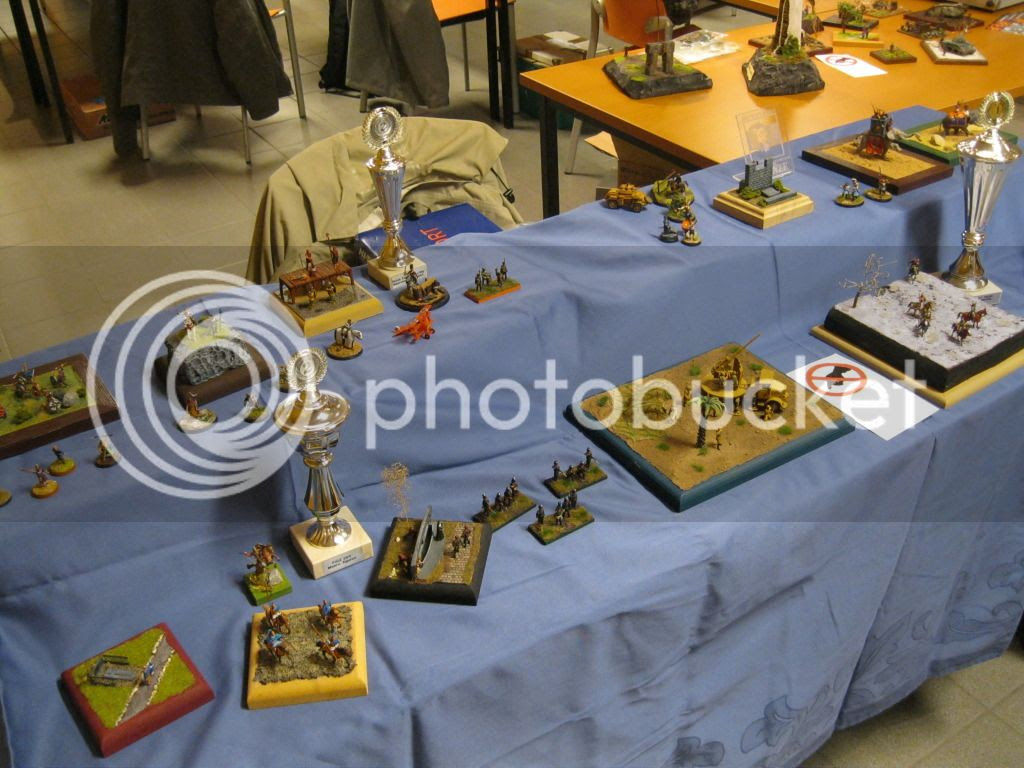 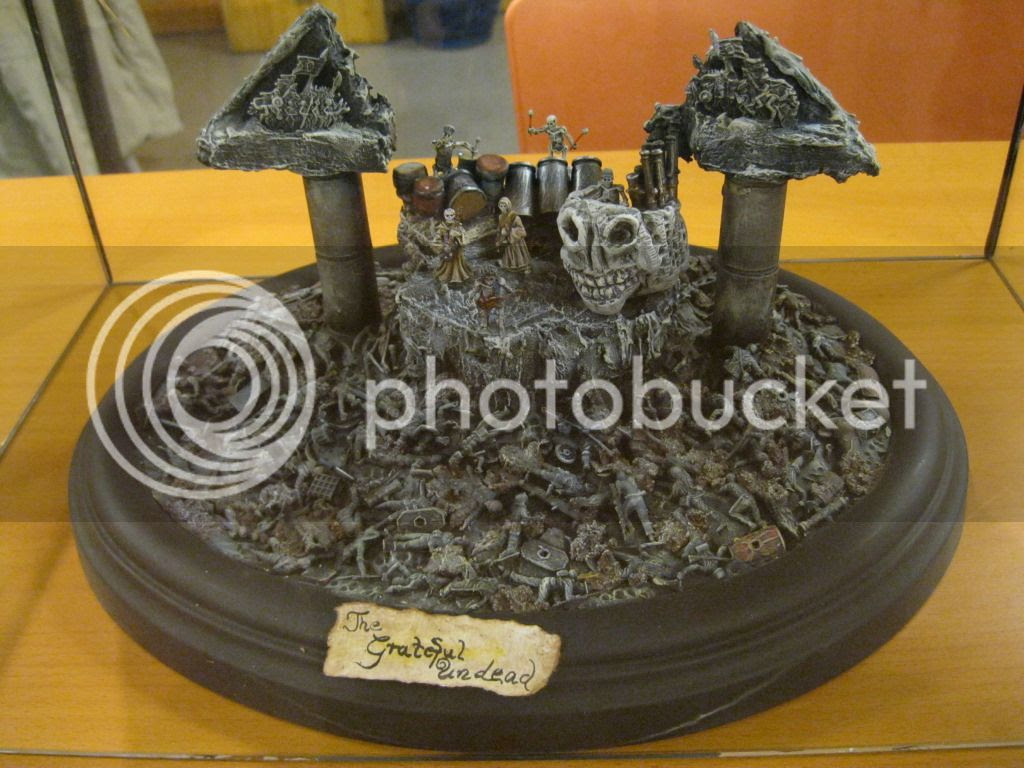 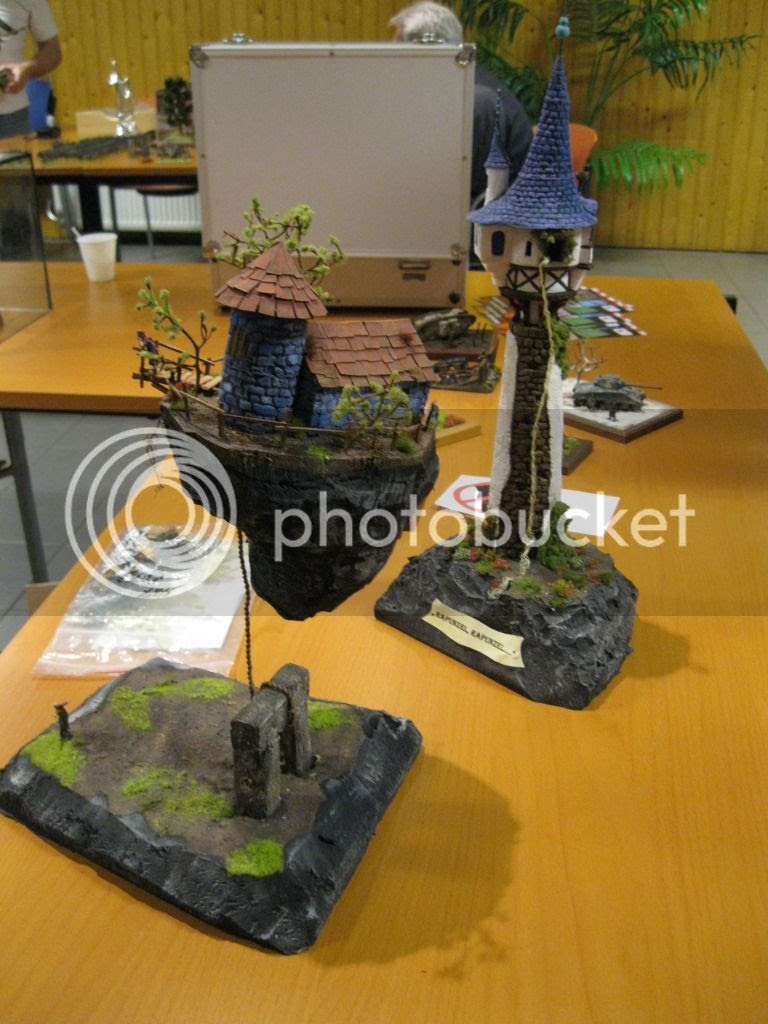 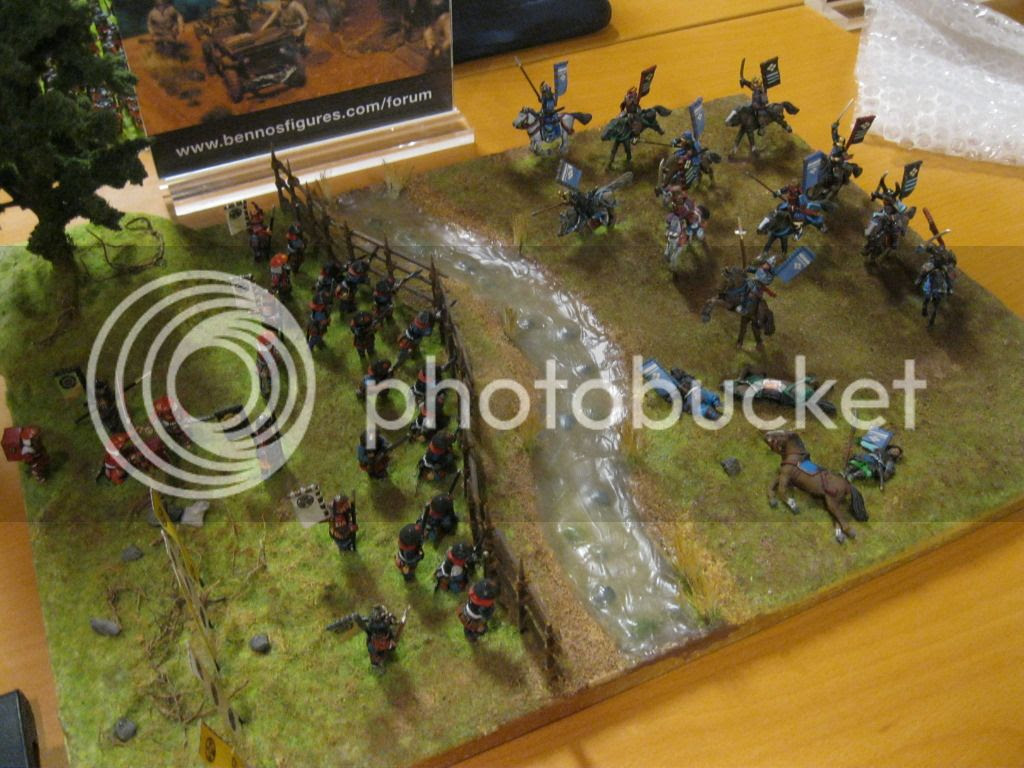 That's just some of the great stuff that was to be seen at FIGZ - so for all people that didn't make it to the show: hope to see you next year. I'll be there for sure. Oh. And before I forget it: 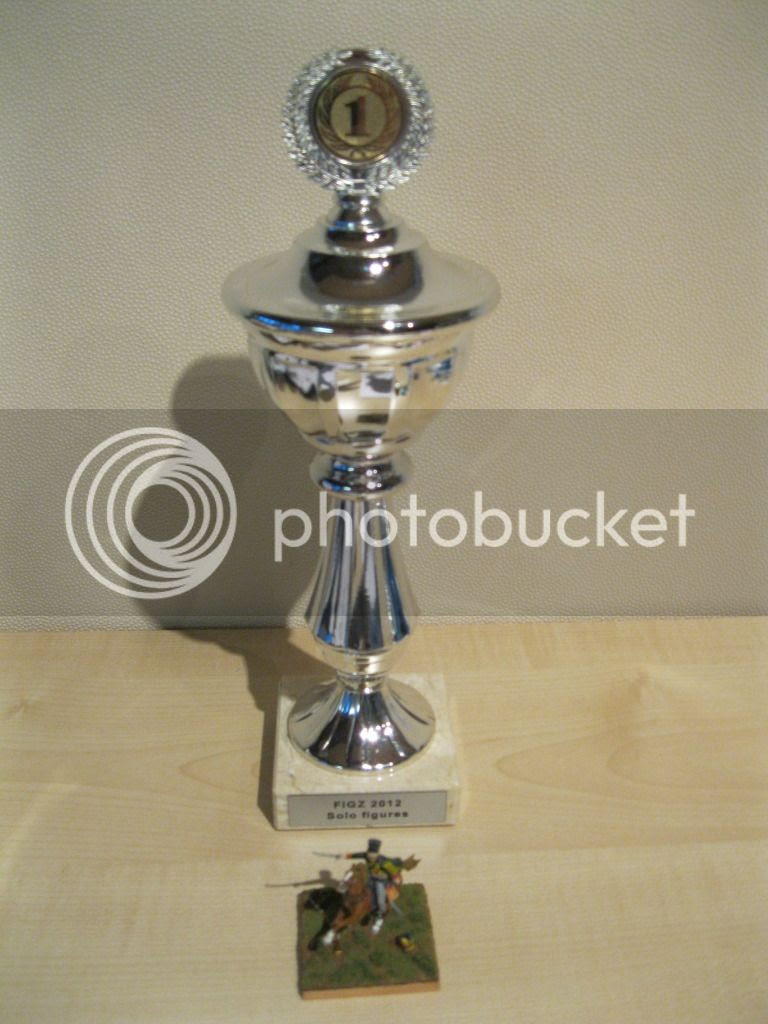 I won a prize! Geez! I never won a trophy. 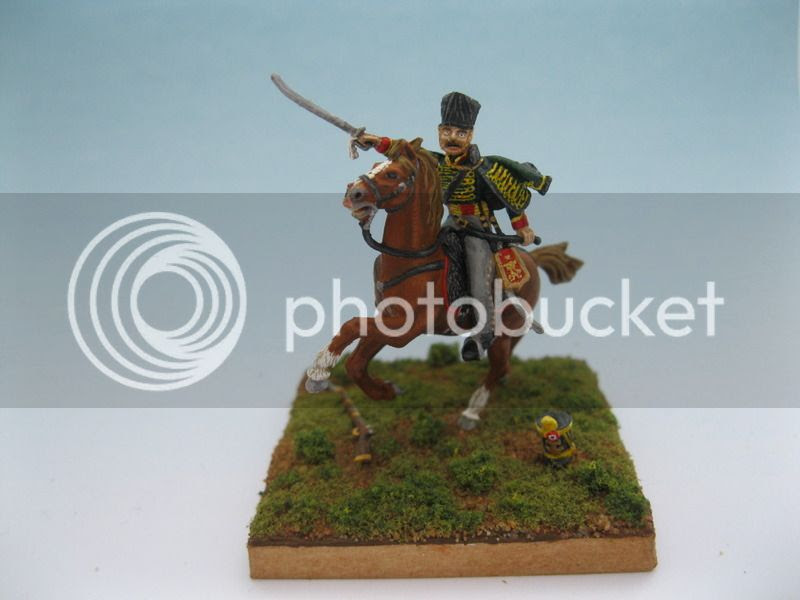 Ben! That's the Prussian hussar that you sent over to me. That little fellow now is a real competition no.1. :-D Thanks a lot my friend!

Additionally, I was so lucky to get some test sprues of some of Franznaps' excellent forthcoming sets. French lancers and Naples staff officers... totally great. Francesco is one of these unbelievable artists that create little wonders in plastics. Look at his website: http://www.franznap.jigsy.com/
I had a first look at his Naples guard infantry - probably some of the best 1/72 figures I have ever seen!

So keep in touch - there will be much new stuff at this place in the future. Or in other words: 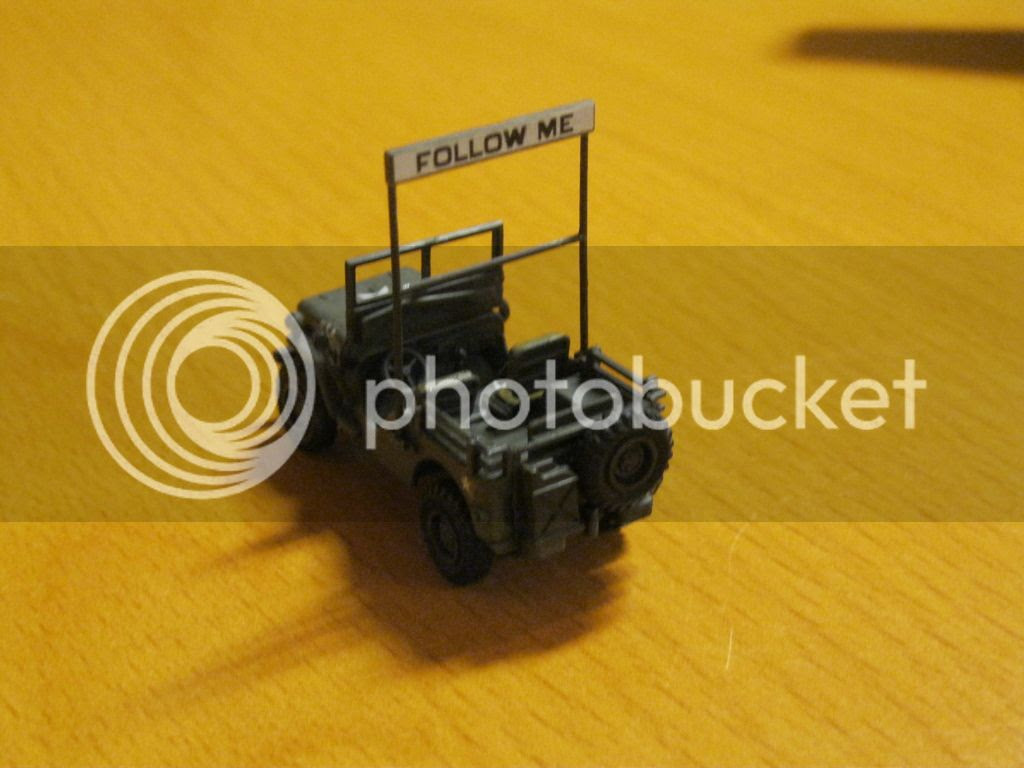