That's what this dude does. He waits. For the others of his kind to join the ranks and become a diorama.
Next year perhaps. 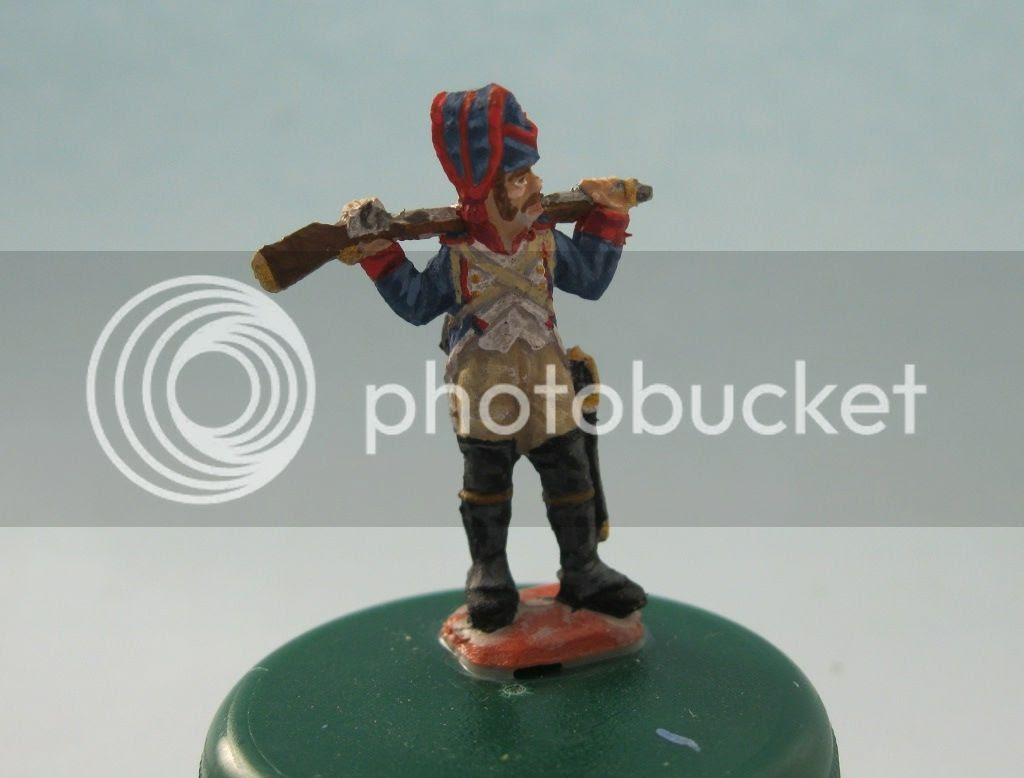 I'm trying to create something with a more shabby, less uniform-plate-like look. A real-life scene including dirty and dusty uniforms. The predestinated set for this is Strelets' set of dismounted dragoons, which includes a lot of figures that don't look that much as parade-like dragoons. Also, as the dress is comparable with that of the line infantry, you can easily convert these figures.

Well. Apart from this guy, I didn't finish many things. I have the 1st Swiss regiment finished - but I must make better photos. The first shots were just terrible.

And apart of that, I have a bunch of different figures on my desk - but they are all in different working stages. One of the next projects will be a scene with Westphalian troops - a mix-up of ART-Miniatures and Franznap figures, that's if they correspond with each other. I bought several nice ART tin figures and I'm really pleased with the quality of these figs. The main thing about them is that this company offers lots of poses which are not often seen in plastic sets.

Well - none of these things will be finished this year, I guess.

In fact, there are too many other things to do at the moment. So there's not much time left for painting figures. Hope that this will change at the end of September.

Btw - the ISSC in Heiden is only a month away. I'm going to join the single figure contest only. I have built something by using the magnificent tree that Bookman made for me - but as long as I'm not sure if the 'base' might be too large according to the competition rules, I made a smaller one as plan B. Why?
Because writing to the contest organizers doesn't result in getting answers and then it's better to be prepared. In fact, one way or the other I already have a single figure for next years' FIGZ! :-D

P.S.: Peter, I already painted that rider you sent me. I'm extremely pleased with the result - thank you so much. In fact, the result is so good that I'm keeping it on hold for a special occasion...