One week left until Heiden

Okay. No new photos yet, but I promise you that this will change next week.
Why? Because next Saturday, I'm joining the Heiden small scale show.

Hee-how, happy to see some good guys, have some good conversations, see some great painted figures and show 'til I drop. :-)

I have prepared two contributions for the figure competition. So Francesco - you can be sure that your great figures will get lots of attention. The only thing that I still have to do is make some labels.

Which means: next week I'm coming back with tons of photos. Watch out for it.
Posted by Zed1 at 12:57 PM No comments:

Well - I have now finished most of the HaT Spanish infantry and therefore like to share the results with you all. What I have not painted yet are the three light infantry figures (officer, cornet, NCO) of the command set. They will, maybe, follow later.

These here are representing a marching coloumn of the Walloon guard regiment: 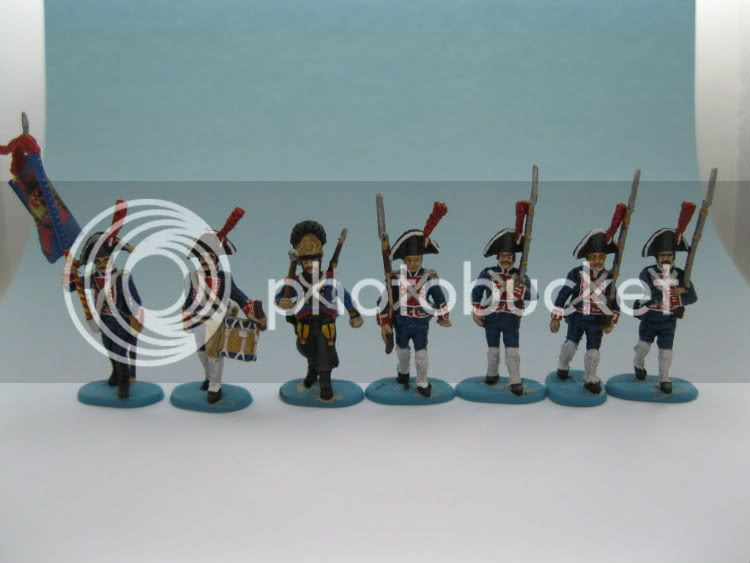 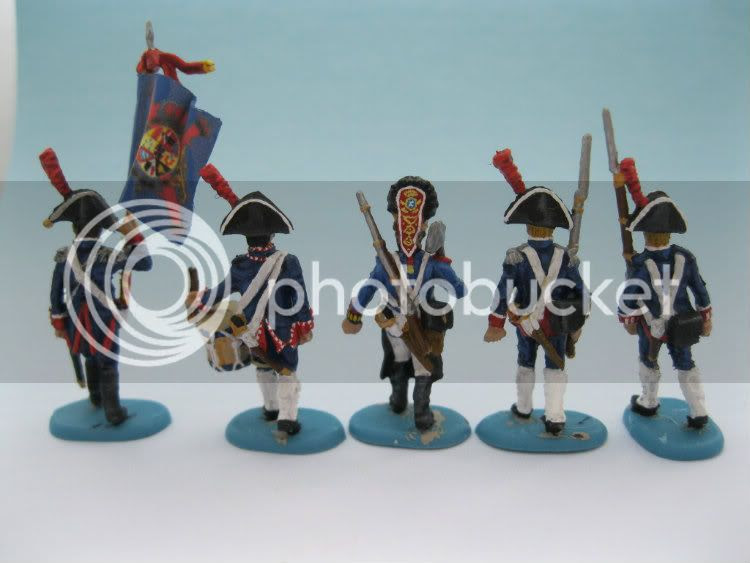 Yes - the musket of the NCO is painted. Some details look just terribly overlighted due to my photobox, don't they? Btw - at first, I just wanted to have these figures for my Spanish mounted officer from the yet not released Allied mounted officer set. And now look how great these figures look together: 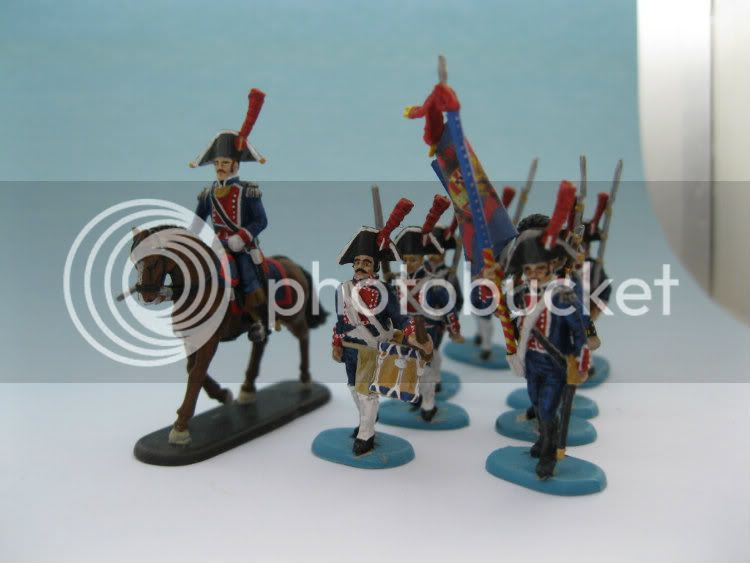 A second group has already been attached to a base, which is still under construction. These fellows represent the Ultonia (Ulster) foreigner regiment. 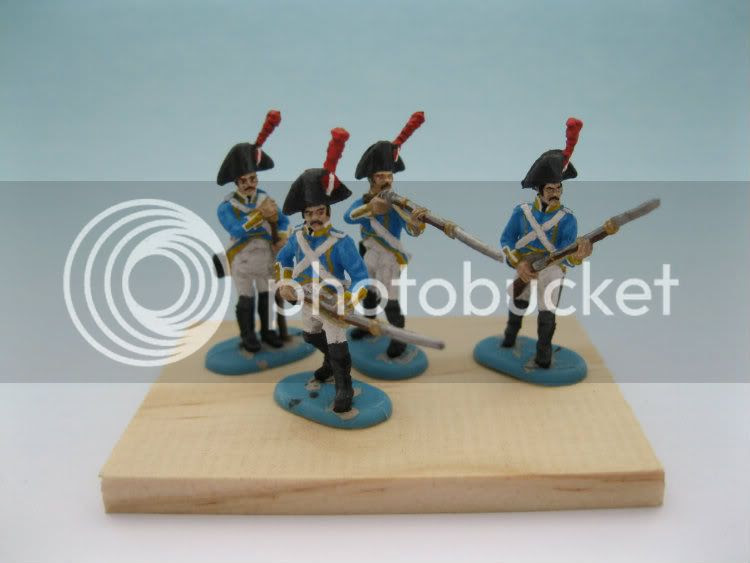 Finally, here's an impression of how the grenadiers will look like. I made a headswap between an infantry soldier standing on guard and the grenadier drummer from the command set (because I missed to find an additional drum). These two represent grenadiers from the Zaragoza regiment. 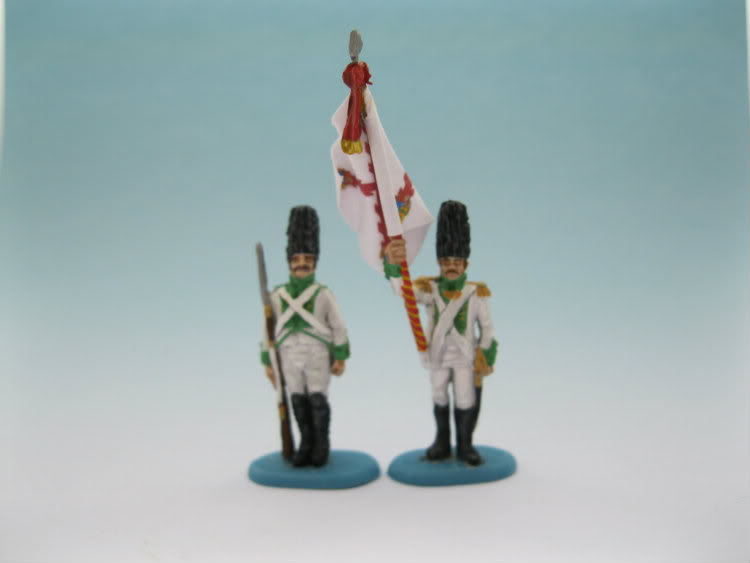 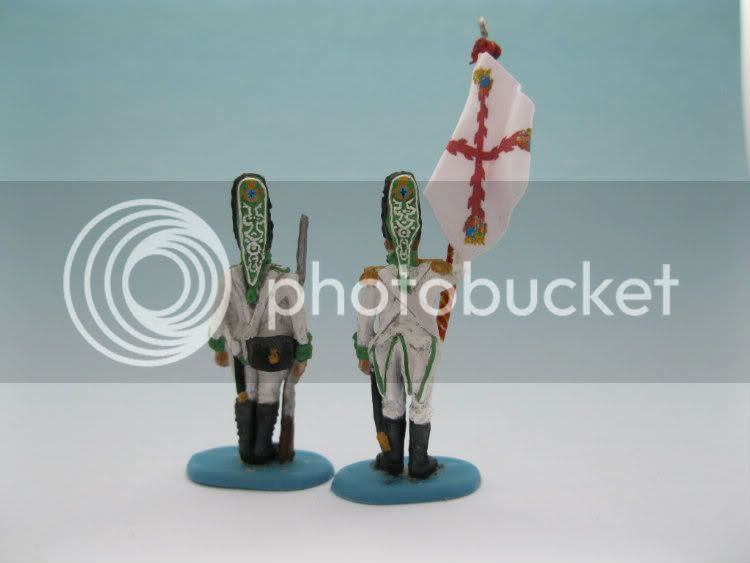 Yes I know - the first picture is a bit unclear. I'll probably replace it later.
Btw - I contacted HaT and they promised me that the final set will have two drums inside, so both drummers can be equipped. ;-)

So what do you think? A nice buy or not?
If you ask me, I really like them. They are easy to paint, richly detailed and sculpted in a nice style (although they have somewhat fat butts, don't they?).