One by one, I'm completing the Italian section of my Pre-Bardin uniform project.
I just checked the date when I started this project and was stunned that it was almost four years ago.
And I have only painted half of the over 400 figures from my to-do list. 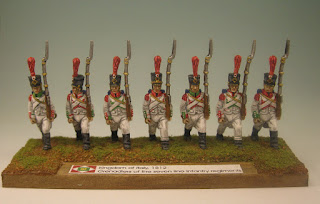 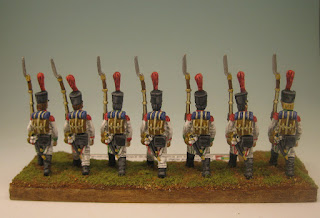 Today, I present you the grenadiers of all seven Italian line infantry regiments of 1812.
Hope you like them.
Posted by Zed1 at 4:56 AM 3 comments:

Sorry if some of you have already waited for a FIGZ report of mine. Due to severe technical problem I had been de-connected from the Internet, except from writing a mail every now and then. Down- or uploads where totally impossible due to bad connection. Fortunately, this has changed today.

In the meantime, others have put many nice pictures of this years' FIGZ on the web. You can see them for example here  or here. Benno has also made a little video with impressions of the show.

I forgot to bring my camera to the show, therefore I was only able to make some snapshots with my smartphone anyway. So better have a look at these links and enjoy the stuff you will find there.

As I said, I was happy to have my Franznap Baden infantry ready for the show. I straightly put them into the competition (mainly to promote Francescos' great figures), but lost against  Mickey and Andreas' great lizard warband. *sigh* 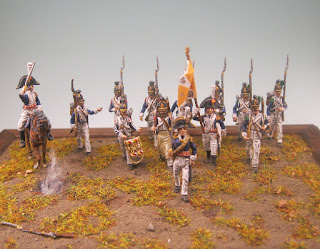 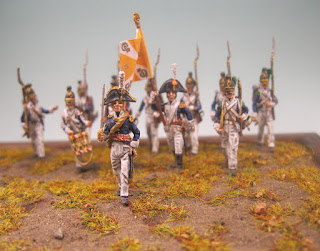 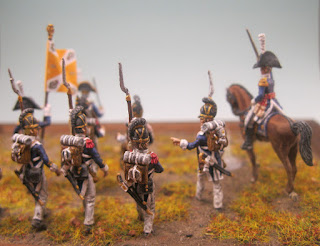 These are the Badeners of the 1st batallion, 4th regiment, who fought at Talavera. As far as I know, they are the very first Badeners available in 1/72. The Franznap website already shows that staff, Jagers and cavalry are in preparation. So there's finally going to be an almost complete range of figures to represent one of the largest German state involved in the Napoleonic wars.

Once again, Francesco has made a great job. These figures are well detailed and a pleasure to paint.

My elder son joined me for this years' FIGZ. He's 9 years old and made his first serious attempt to paint. At the end, he even had enough courage to put his first work into the competition, winning a box of figures for 'first starters'.

And me? Well, I'm happy to say that I also won a prize in the single figure cathegory. :-D 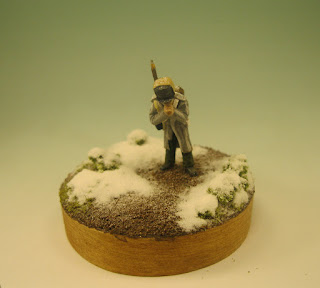 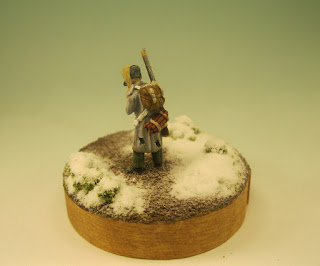 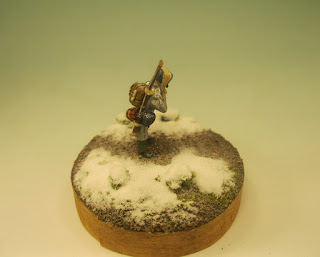 This guy is on a lone, cold way back home. I made this small vignette a year ago when I bought Schillings' set 'Retreat from Moscow'. It was my first experiment with baking soda which went out pretty well.

In the meantime, I have nearly finished the base for my Italian guard grenadiers - the next update for my uniform project is about to come.
And there's going to be a very special thing for the competitions in Heiden this year. For the first time, it's not Napoleonic... ;-)
Posted by Zed1 at 11:08 PM 2 comments: