I've just finished my actual bunch of French garde d'honneur, right before FIGZ. That doesn't mean I'm done with that subject - there are still some cities left and haven't even startet with deep research. 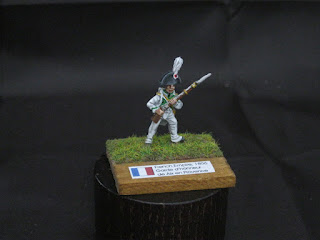 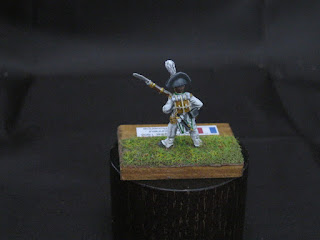 Garde d'honneur de Aix-en-Provence. This city is the historic capital of the Provence region in southeastern France and is today the eleventh largest city of the country. The city history goes back to the Roman city of Colonia Aquae Sextiae Salluviorum - the later name Aix is a shortened reference to the former latin name. 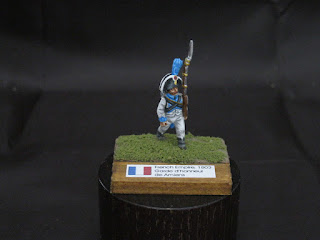 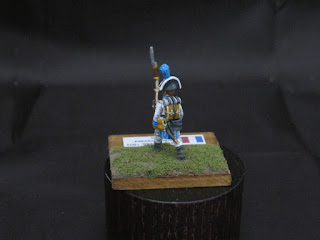 The city of Amiens is another one that already existed in ancient times. It is located in the northeastern part of France, relatively near to Belgium. Most of you will probably connect it to the Somme area where heavy trench battles took place during WW1. Note the black crossbelts - pretty unusual, especially for French units 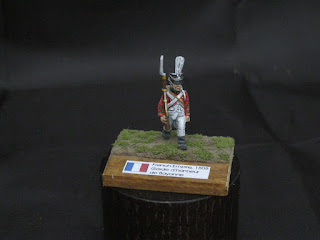 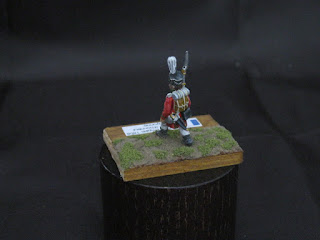 Bayonne - a city located near the Pyrenees, a mountain region that divides France from Spain. Bayonne is located on the atlantic coast and has played an important role during the revolutionary and Napoleonic time. Being close to the Spanish border, a lot of diplomatic activity has been done there. In 1814, Bayonne was besieged by the British - read more under Battle of Bayonne (Wikipedia) - which means that this unit is definitely of interest for wargaming. 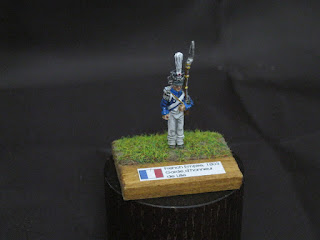 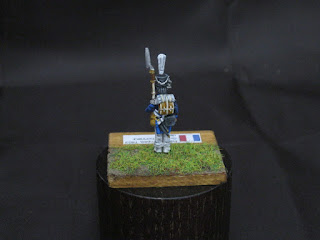 Lille is in fact directly on the French-Belgian border. It had some 50,000 inhabitants in the early 19th century and was a center of textile production. 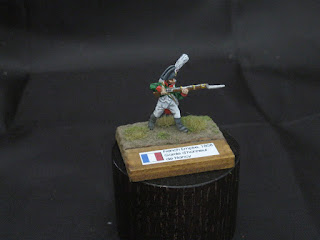 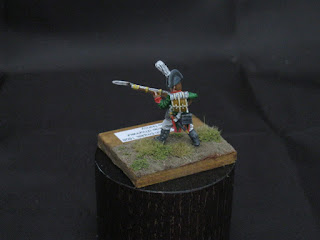 This is a member of the Garde d'honneur de Nancy, a city located in the eastern part of France. 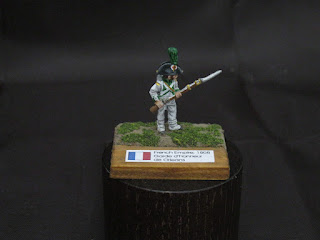 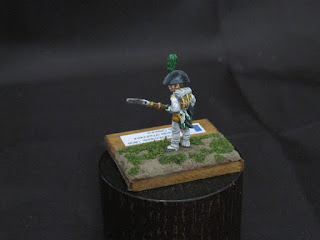 Orleans is a city with a rich history, located approximately a hundred kilometers south-south-west of Paris. It's likely that units like this were crammed together for defending Paris in the last part of the 1814 campaign. 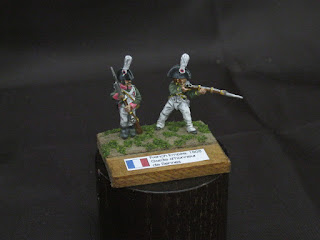 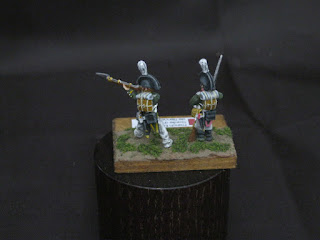 Rennes, located in the northeastern part of France, is the only example of two different uniforms within the same city guard that I have found so far. Dark green-pink is for the 1st, dark green-dark yellow for the 2nd company.
Posted by Zed1 at 1:25 AM 3 comments:

I'm currently working on a dozend of different Garde d'honneur units. Interestingly, on most uniform plates, I just find an infantryman. Sometimes together with a drummer or officer, in some cases together with a cavalryman. Point is: except from one case, I didn't find different uniforms within the same unit. This might be because the Garde d'honneur units were sort of city protection militia and therefore not organized in the structures of the army regiments, where you had fusiliers, voltigeurs and grenadiers.

Today, I'm ready to present you four units from four different cities. There are more about to come, don't you worry. 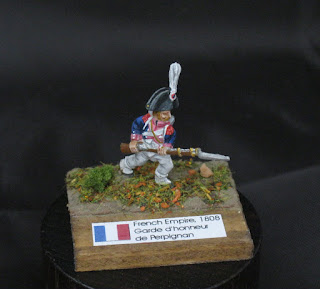 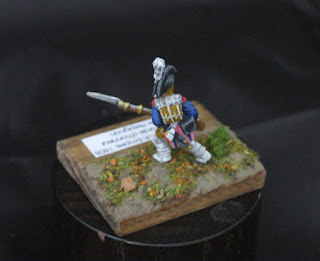 First one is the Garde d'honneur of the city of Perpignan. This city is located on the mediterranean coast, near to the border with Spain in a Region called Roussilon or Northern Catalonia. It's quite possible that this militia unit could have been involved in the Peninsular war.

In fact, this is the first experiment that I had done with twisted bicorns. As you know, I only use a single HaT-set for this project. Most Garde d'honneur units that I have found on uniform plates showed them wearing the bicorn hat cross-wise. Unfortunately, the set contains no figure doing so. The only figure wearing a bicorn is the officer - but he wears it length-wise. Therefore, I had to separate the head, then cut it away from the bicorn. I found out that the bicorn only fits cross-wise on grenadier heads - the fusiliers are shaped in a not suitable way. Nevertheless, it works - the result of the swap-heads-and-headdress-operation looks pretty convincing. 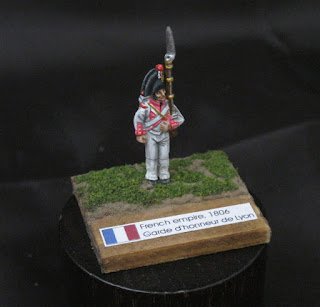 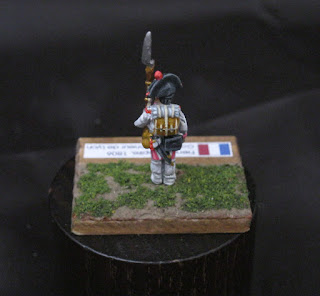 Lyon is a big city in southeastern France, not much away from the border to Switzerland.
I like this standing figure very much, although it's not very easy to remove the grenadier head with it's bearskin hat that is awkwardly attached to the musket. But it's worth the work. 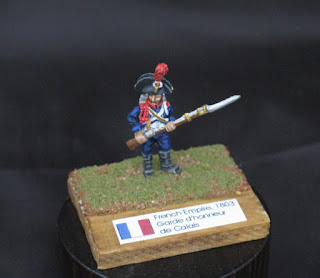 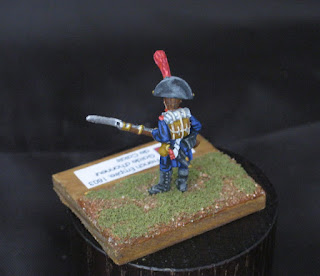 Next is a guardsman from Calais. The city of Calais is located on the channel coast in the upper northeastern part of France, close to Belgium. Most people know Calais because of it's port and the ferries that sail off from Calais towards Dover on the British islands. Dudes like this guy would most probably not only have to guard the city, but watch the coastline for smugglers and British spies... whatever. I made the strings on the right shoulder out of small tissue paper stripes dipped into wood glue. the brass object on the guys' breast seems to be a whistle. At least it looked like that on the plate I used. 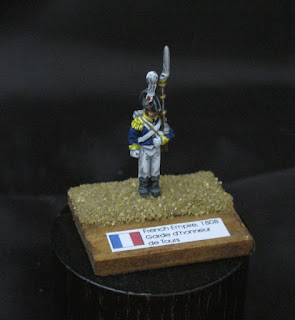 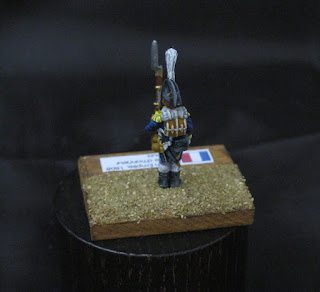 The last example is a man of the garde d'honneur of the city of Tours. This city is located in central France and has an interesting history. In fact, you should google for it. In the Napoleonic context, there's not much to say about this unit - but I like the colours. Blue and yellow looks really splendid, especially in combination with white gloves and trousers.

Well. So much for today. Stay tuned to see another row of honourable honour guards at a later time. Hope you enjoyed - oh, and if you're located anywhere in range of the Dutch city of Arnhem: don't forget to visit FIGZ 2018, the 1/72 miniature and wargaming event. See more under www.figz.nl - it's taking place on June 3rd, just a month ahead from now!