Another one for the statistics

And not one of the worse, I'd say!
So here's another update for my pre-Bardin-uniform-project (http://zedsnappies.blogspot.de/2011/07/project-all-varieties-of-pre-1812.html). This time I chose a German subject, voluntary hunters of the grand duchy of Wurzburg, 1814. 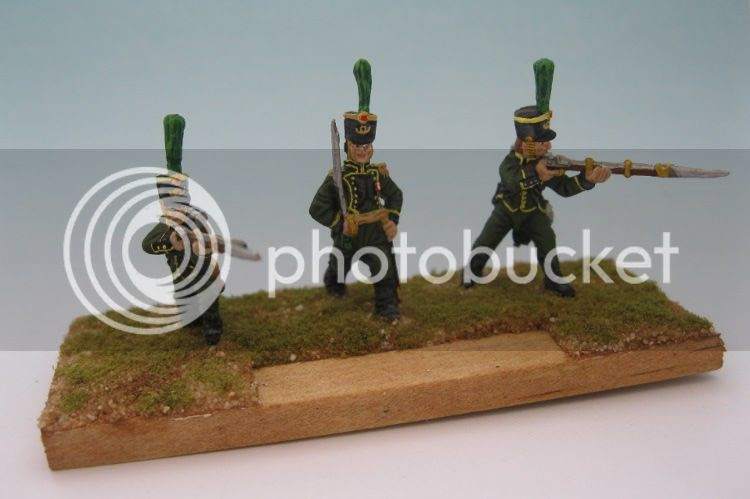 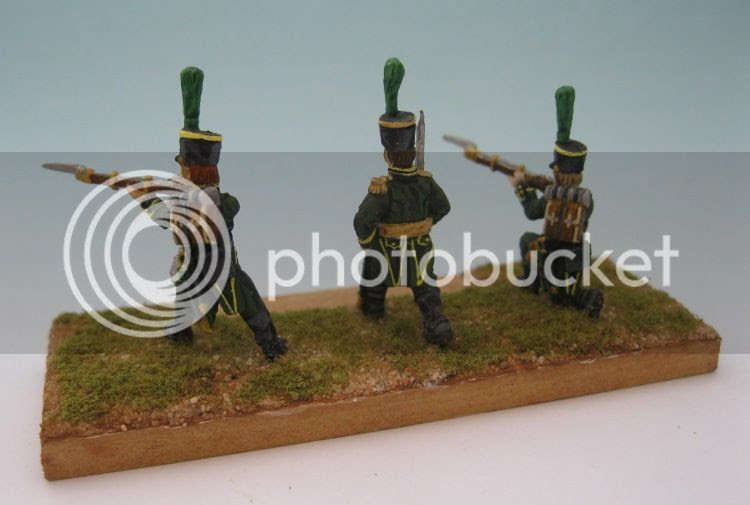 After googling around for quite a while, I'm a bit astonished that these chaps don't seem to be painted in 1/72 very often. Which is a shame. Not only that their dark green and black uniforms with light yellow piping looks really nice, they also have black leather straps which is not seen that often for that sort of uniform.

Well - I still must create the label. Apart from that, I'm pretty glad with the result.